Before you plant your veggie patch, read this 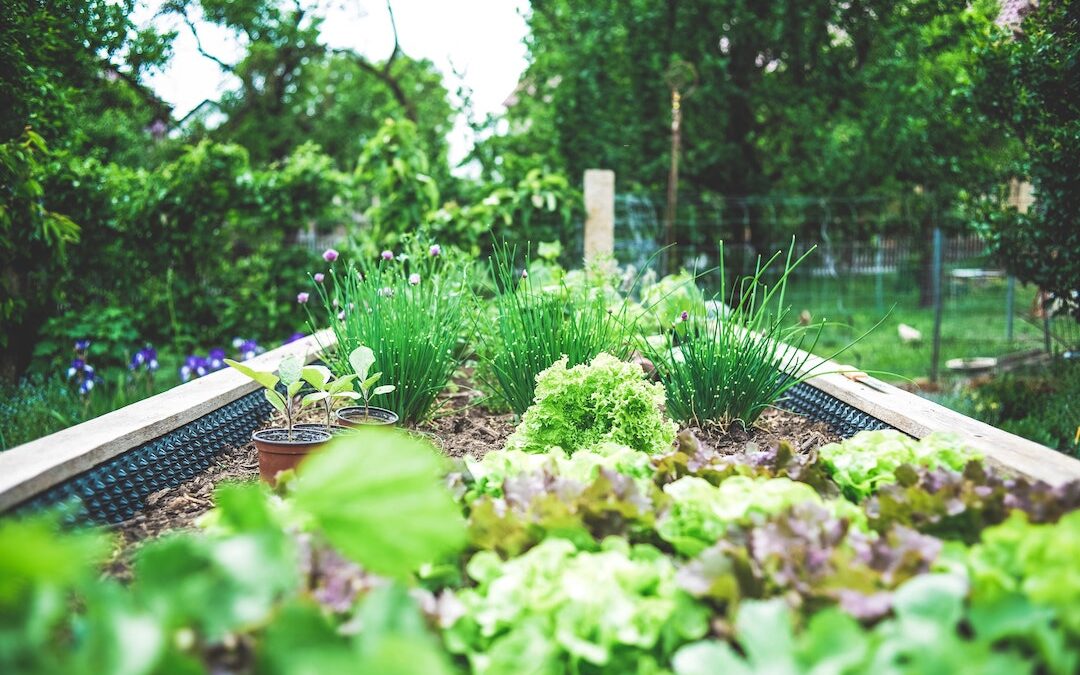 New research has found Australian backyard gardens near busy roads and in older homes often have high levels of lead and other contaminants in their soil, making them unsafe to grow food.

More than a third of the soil tested across thousands of Australian homes had unsafe levels of lead, according to new research from Macquarie University’s VegeSafe, the largest citizen science program of its kind.

“Our program has helped thousands of home gardeners across Australia make sure the food they grow is safe to eat,” says Professor Mark Taylor, an environmental and human health scientist at Macquarie University who set up the VegeSafe program in 2013.

A study in Environment International published this week reports that high levels of lead were found in more than 35 per cent of the 3600 Australian gardens which had submitted samples.

Contamination with trace metals such as chromium, lead and zinc was most common in older properties, inner-city locations and those constructed of painted timber. Fourteen locations in Sydney, Melbourne and Brisbane consistently returned high-risk soil readings.

More than half of Australians grow edibles like herbs, fruit and vegetables, and Isley says that families with young children are often involved in growing food.

“We know that lead can build up in our bodies over time, with serious impacts on brain development in young children,” says Research Fellow Dr Cynthia Isley, a co-author on the study.

“A lot of schools have vegetable plots, and kids are encouraged to grow things at home, it’s a great thing to do with children,” she says.

Isley says that children are at greater risk of harm as some contaminants found in gardens – particularly lead – can affect the developing brain, and many others are not expelled by the body and can accumulate over a lifetime.

She adds that emerging research shows a correlation between exposure to trace metals and brain-based disorders such as Parkinson’s and Alzheimers.

“We don’t yet fully understand the full extent of damage we could be doing to ourselves with some of these exposures,” she says.

Where contaminants come from

Isley says that one of the key sources of soil contamination is leaded petrol, which has been banned for use in cars  in Australia since 2002 (although it is still in use by some planes).

“Before the ban, nearly all airborne lead came from traffic, so gardens near busy roads are more likely to have high lead content,” she says.

“Trace element contaminants like lead remain in the soil for decades and simply do not go away.”

Many factors affect the amount of soil contaminants taken up by home-grown herbs, fruit and vegetables, including the type of plant, the soil structure and other contents in the soil, Isley says.

“We looked at what levels of trace metals in the soil would exceed food standards for produce grown in those soils,” says Isley.

“For example, we found that the current Australian standards for lead in soil – under 300 mg of lead per kilogram ­– remains good advice for gardeners on whether their soil is suitable for vegetable growing.”

Isley says that people who want to have their garden’s soil tested can visit VegeSafe and follow the instructions.

“People can mail us up to five soil samples from different parts of their property, each one about the size of a cricket ball and packed in separate ziplock bags,” she says.

The team use X-ray fluorescence spectrometry to find the concentration of different elements, then they email results to participants, along with a guide to help them understand the data – and they are also on hand to respond to questions by phone or email.

“People can compare the levels of various elements in their soil to the Australian guidelines,” says Gillings.

“For those who have contaminated soil, they can build a raised garden bed, buy in some clean soil to grow trace metal contaminant-free herbs and fruit and vegetables,” he says.

“We also suggest – especially for people with kids playing outside – that any areas that might be contaminated are covered up, you could mulch them or even grow grass or plants that you don’t plan to eat,” says Fry.

“The idea is to keep the soil intact and making sure nobody comes in contact with it, or tracks it into the house,” she says.

“We’ve had very talented undergraduate and postgraduate students and researchers at the front end, collecting and translating data, and answering all sorts of questions from the community,” he says.

Feedback from the participants has been overwhelmingly positive, he adds – with a number leaving YouTube testimonials about the program.

These included Phillip, a keen gardener who lives in a century-old weatherboard house and was concerned about contaminants from his iron roof, and about lead residue from the painted timber.

After tests showed his soil was high in lead, Phillip moved his vegetable gardens. “I decided to use new soil in a raised bed arrangement,” he says.

“Community feedback on the program has been positive and consistent,” says Taylor. “We’ve answered their questions, we’ve addressed their needs, and we’ve changed their lives – many of them have taken action to intervene and prevent the harm from contamination, which is the whole point of the project.”

“This is a science program that was funded by public donations designed to answer two reccurent concerns: first, is our soil contaminated by trace metals, and second, are our vegetables and fruit produce safe to eat?”

Taylor says that the program will continue testing soil samples, and will keep making the anonymised research results publicly available on Map My Environment, a free publicly-available global database.

The program has generated a vast dataset on household-level contamination, with more than 20,000 samples submitted from more than 5000 homes around Australia.

“There is no dataset anywhere matching this number and type of samples on a household scale,” Taylor says.

“We’ve also reached into people’s homes and given them personalised answers, changing the culture, one sample at a time.”

Dr Cynthia Isley is a Postdoctoral Researcher in the Department of Earth and Environmental Sciences.

Kara Fry is a Master of Research student in the Department of Earth and Environmental Sciences.

Looking for more great stories about citizen science and agriculture?

Scoop a Poop to save our native wildlife (and us!)

The dirt on Australian truffles