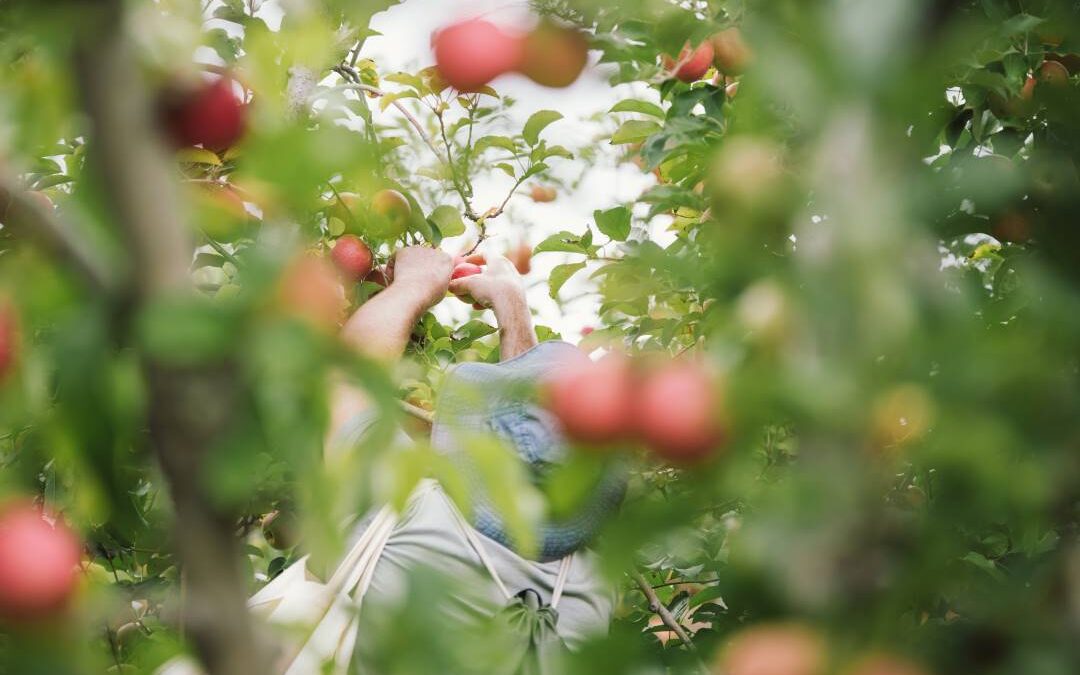 Disrupting a primary industry isn’t easy, but these three operations are keeping the doctor at bay with innovative thinking.

If you think Australian dairy farmers are doing it tough, spare a thought for our apple growers. Since the turn of the century, one out of every two has gone out business. Of the relative few who remain, some are choosing their let crops rot on their trees rather than accept farmgate prices set by the big supermarkets at as little as 90 cents per kilogram for a fruit that costs at least $2 a kilogram to produce.

At the same time, Australians eating 12 per cent fewer apples since 2015 while apple exports have fallen 19 per cent since 2016, according to the Australian Bureau of Statistics. Then there’s the drought and its impact on the size and number of apples produced. Australian farmers grew 14 per cent fewer tonnes last year compared to 2017.

Many in the industry believe the outlook is grim and that soon only large-scale producers will survive. But with every new threat to business comes an opportunity. We talk with three apple farmers using novel strategies to earn a living in the face of a perfect storm.

While sales of mainstream apple varietals like Red Delicious are in decline, consumers are happy to pay more for new strains of ‘designer apples’ that comprise about 10 per cent of the market. Examples include Redlove, a red-fleshed apple developed in a Swiss breeding program, Yello, a new hybrid varietal from Japan, and Bravo™ apples, a sweet burgundy-coloured apple from Western Australia that comes loaded with juice. At the time of writing, Bravo™ apples were selling for $8.50 at Coles. Granny Smiths? Only $3.50.

“Consumers are willing to pay a premium for Bravo™ apples because they taste better, have a distinct look and because people know it’s a better quality product developed here in Australia,” says Rebecca Blackman, CEO of Fruit West, a cooperative of growers that owns the global Bravo™ apples Plant Breeder’s Right (PBR). “We can’t keep up with demand.”

Currently, 8 per cent of Fruit West’s Bravo™ apples are exported to markets in Asia, UAE and North America. The figure towers above the national average (only 1 to 2 per cent of Australian apples are exported) and already eclipses the 5 per cent target set by Agrifutures Australia, a government body focused on the long-term prosperity of rural industries. Exporting more apples, the industry recognises, can give farmers some leverage over the prices paid by Australia’s big supermarket chains.

Fruit West has set a much higher export target for Bravo™ apples. Within a decade, the cooperative aims to export 70 per cent of stock to lucrative new markets in China, North America and Europe. “We definitely see exports as the future,” Rebecca says. “It’s always been the plan.”

Cutting out the middleman

In the 1990s, Chris and Michelle McColl of Kalangadoo Organics, a small apple farm on South Australia’s Limestone Coast, grew table apples and sold them to a wholesaler who on-sold them to supermarkets where they went for $4 per kilogram. But the McColls were getting only 40 cents.

“We couldn’t survive. It wasn’t sustainable,” says Chris. “So, in 2002, we changed our business model and converted to organic. The difficult thing about the conversion was that many of the problems organic farmers face are unique to their properties. It took a lot of trial and error to get things right.

“Once we had our product right, we decided we only wanted one person between us and the consumer because in our experience the longer the supply chain, the less we earn. So, we had to start doing all our own packing and distribution. We also decided to sell to independently owned businesses only because you can build personal relationships with them. It’s a much more resilient business model than having just one big corporation that’s typically foreign-owned buying all your apples.

“There’s a mantra in farming today that you have to get big or get out. But that’s not necessarily the case. You can go in another direction like we have: stay small, focus on quality and do things big producers can’t do. We grow 50 tonnes of apples a year – nothing in the grand scheme of things – but we’re doing okay.”

The Fahey family have been growing apples in Darkes Forest in the Illawarra region since 1939. But around 30 years ago, the family began noticing a downward trend in apple consumption and narrowing of profit margins, so they diversified into stone fruit, a crop with very different agro-ecological requirements to apples. If one crop has a bad year, the other tends to flourish and vice versa.

“Our family has always been innovative and looked at creative ways of doing things,” says Jo-Anne Fahey of the Darkes Group, a small business empire that incorporates Darkes Brewing, producers of an apple cider than won gold at the World Cider Awards last year; the Appleshack, a boutique cellar-door-like retail outlet that sells branded apple juice, jams, honey, ciders and vinegar; and Glenbernie Orchard, a working farm that offers pick-your-own apple tours and hosts weddings on the weekends.

“Our tours are not just point-and-pick experiences. They are value-adding experiences,” explains Jo-Anne. “We take people on a journey of learning so they can understand the journey our trees go through in the different seasons of the year and the constantly evolving challenges we face. In a way, we demystify farming. We answer questions, and we share stories that they take with them and share with their family and friends.”

She adds: “It’s not all doom and gloom in our industry. It is if you take the approach that our business is just about growing table fruit and accepting low prices. But if you get creative and more in tune to what is possible beyond the farmgate, things look very different.”