Laying the foundations for a new Australian egg industry 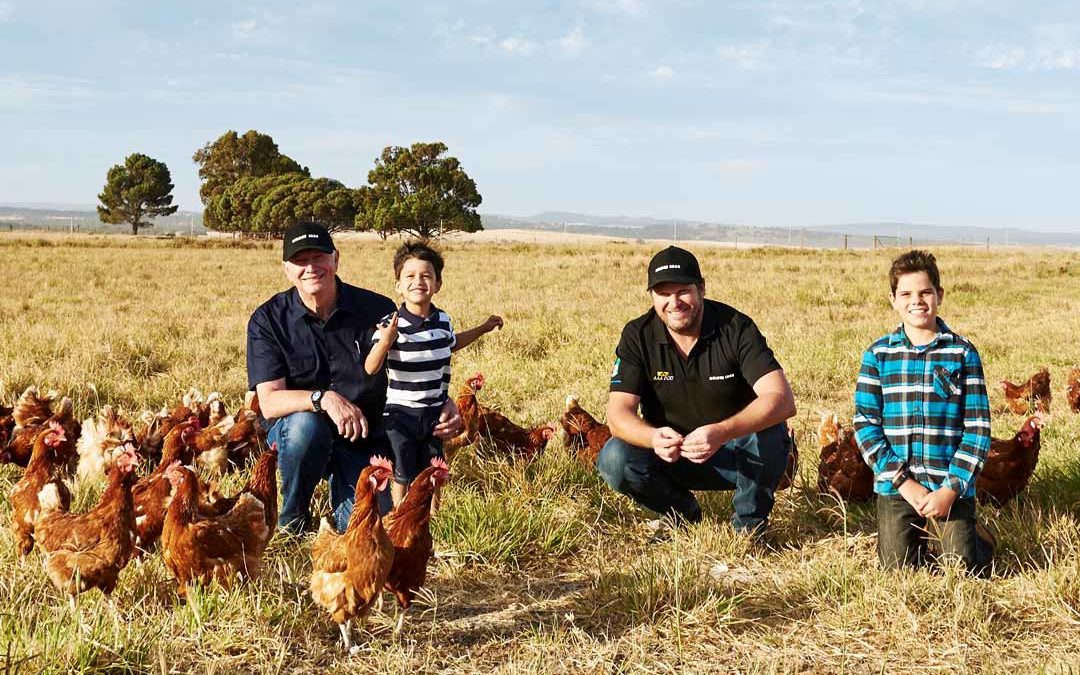 Australian egg farming and the birth of an industry

Until the 1980s, keeping a few chooks in the backyard for eggs was an everyday part of the Australian experience. But as our population expanded and cities became denser, we started buying commercially produced eggs at supermarkets and grocery stores. To keep hens safe from predators and disease, farmers developed a new system. Flocks were housed in individual cages about the size of a sheet of A4 paper. By the ‘80s, caged eggs accounted for 80 per cent of the Australian egg industry.

The system proved highly efficient but, according to animal welfare groups, was cruel as it restricted the birds’ behavioural needs; fluffing their wings, perching, bathing in dust and scratching around in the grass for insects. 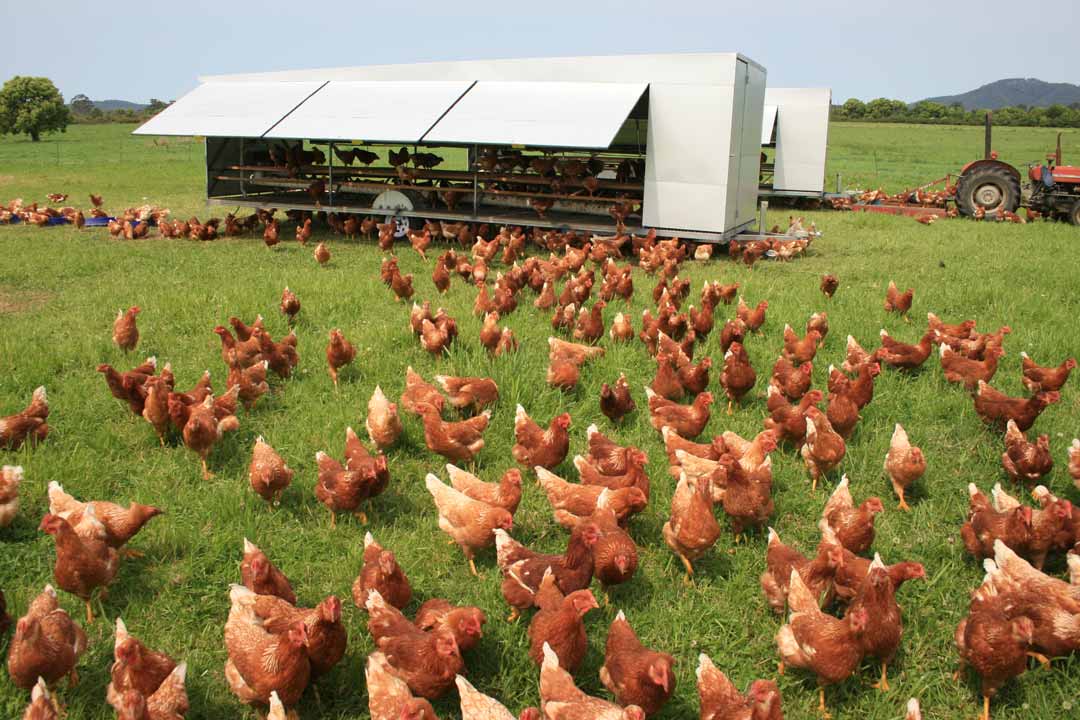 In the past decade, the movement has sparked a return to non-cage production systems that allow hens to move around freely and enjoy a better quality of life. Today, nearly 45 per cent of all eggs sold in Australia prescribe to animal welfare norms.

We meet three Australian egg farmers who’ve transitioned from cage to non-cage systems, including one who’s pioneered an entirely new way to house hens – a system that’s being adopted by farmers all over the world.

“I’m old enough to remember when all our chooks were free-range,” says Managing Director Peter Bell. “But in the ‘60s and ‘70s, we moved about 95 per cent of our flock to cages. Now we’ve moved about 60 per cent back to non-cage systems. The major supermarket chains have been a real driver of egg-purchasing habits. The media has also had a huge impact.” 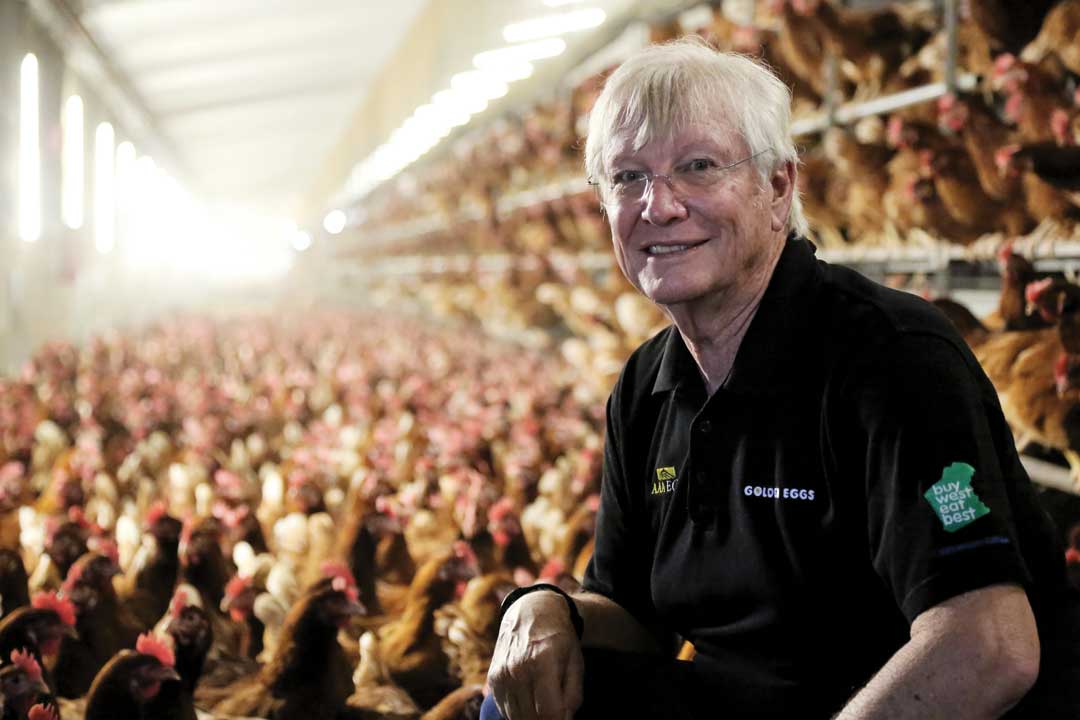 Bell and the 200 staff at Golden Eggs use two kinds of non-cage production systems – free-range and barn-laid. The latter refers to eggs laid by hens who live in big sheds equipped with nesting boxes, perches for hens to jump on, and food and watering systems.

“Essentially it’s very similar to the free-range system,” says Bell. “The barns are highly automated and we control the temperature to create the optimum environment. The only real difference is the hens can’t go outside during the day. But that’s not necessarily a bad thing because when hens are indoors they’re safe from eagles and foxes. One free-range farmer in NSW said he had to shoot 12 foxes every weekend.”

Barn-laid eggs cost less to produce than free-range eggs because they take up less farmland. They retail in supermarkets for about $4 a dozen – $1 less than Golden Eggs’ free-range equivalent. This kind production method is beginning to gain traction across the wider Australian egg industry.

“The biggest challenges for farmers who transition from caged to non-caged are livestock-management practices,” Bell says. “When hens are in cages, not that much can go wrong with them. But the moment they start scratching around on the ground they’re exposed to bacterial infections and all kinds of diseases.”

Morry Wroby’s egg farm in the Victorian town of Seymour originally produced fertilised eggs or embryos for a pharmaceutical producer of human flu vaccines. But when demand for vaccines hit rock bottom in 2012, he retooled his business to produce free-range eggs, renaming it Lucky Chicken Eggs.

“Imagine the boss at your office locked the doors and you couldn’t go outside. You’d feel pretty stressed, wouldn’t you?” Wroby asks. “But if the doors were open, you wouldn’t worry about it. Your office has air conditioning in the summer and heating in the winter. You’re better off being inside.

“In the same way, we never close the doors on their barns. Some hens will spend all day outside, some only go outside once every two or three days and about 15 per cent never go out – we don’t know why. But the important thing is the hens get to decide.”

Lucky Chicken Eggs has tripled in size since 2012,. They now have nine free-range egg farms across the state producing 250,000 dozen eggs each week, sold exclusively at Coles. The company also produces a niche brand of even ‘freer’ free-range eggs called Valley Park. It’s the only egg brand in Victoria certified by the RSPCA . At $6.90 a dozen, they cost more double the price of caged eggs but sell like hotcakes in the supermarket.

“The reason they’re so expensive is that the freer the hens are, the higher the mortality rate,” Morry explains. “If you want to make sure your kids never get sick, you’d keep them locked up all day. But if you send them to school, they’re going to fall down in the playground, scratch their knees, get into fights and catch the flu. But that’s life and it’s also our creed. We give our hens a ‘good life’ worth living.”

In 2010, at the age of 24, Port Macquarie man Daniel O’Brien set himself the goal of producing the best certified organic eggs in Australia. He assumed it would take him a few years but within 12 months his company, Oxhill Organics, was supplying restaurants like Rockpool by Neil Perry and Agape – one of Sydney’s top organic restaurants. “Chefs would say this was the best egg they’d ever tasted; they held together so well and were so bright,” O’Brien says.

One day he was looking at a large patch of ground, which his chooks had very quickly turned from grass to dirt. Hens don’t like to move far from their barn because of their innate fear of predators, so it was very hard to shift them around. 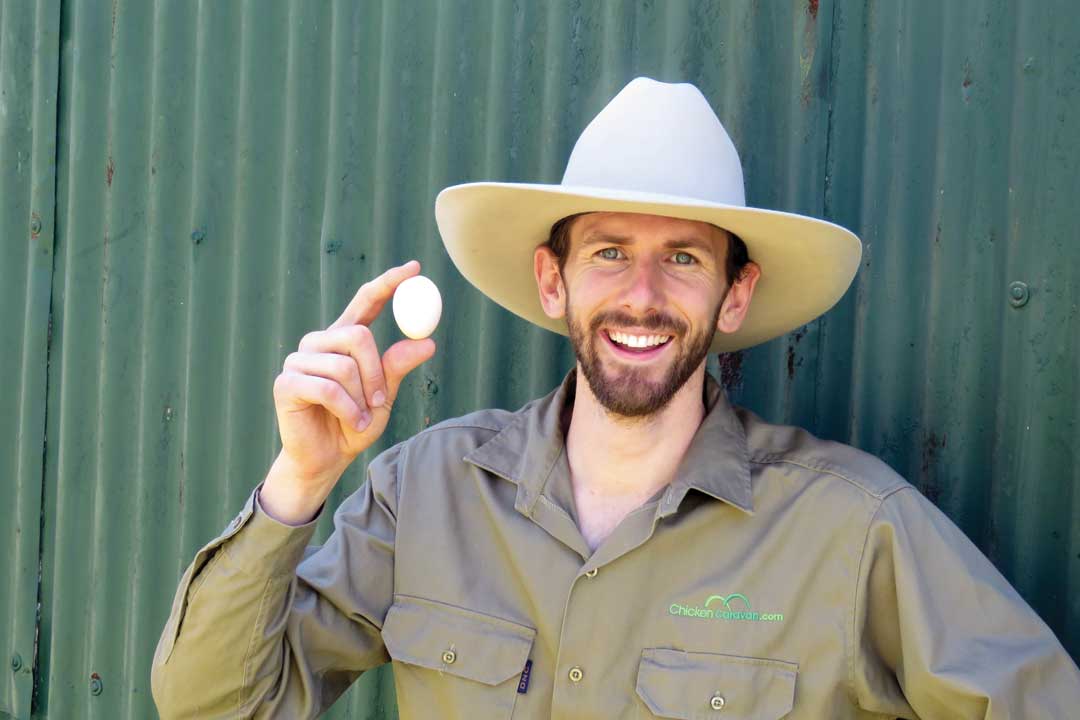 But what if he moved the barn? Not just once, but regularly? It would spread the hens’ manure evenly across his paddock, giving the grass a chance to regrow and the chickens a ‘salad buffet’ – fresh grass stocked with bugs and beetles. The solution? A mobile pasture-egg barn you can hook up to a tractor and move around like a caravan.

“One day someone said you should sell these,” O’Brien recalls. “I thought the cost would be prohibitive – I spent $25,000 building the first one. But when I put a video up on YouTube showing how it works, I started getting emails and calls from farmers in America saying they wanted to buy one. But it was so big it could never fit in a shipping container. So, I teamed up with my brother and we re-engineered them as flat packs. We sold our houses and lived on noodles for a year – put everything on the line. The investment paid off. We sold 12 in the first year.”

In 2013, the Chicken Caravan was named Australian Farm Invention of the Year by NSW Farmers Federation. Today they sell in more than a dozen countries and are recognised as the leader in the Australian egg industry.

“We’re constantly improving them,” reveals O’Brien. “Now they have solar panels and we have people flying in from as far away as Angola to see how they work.”