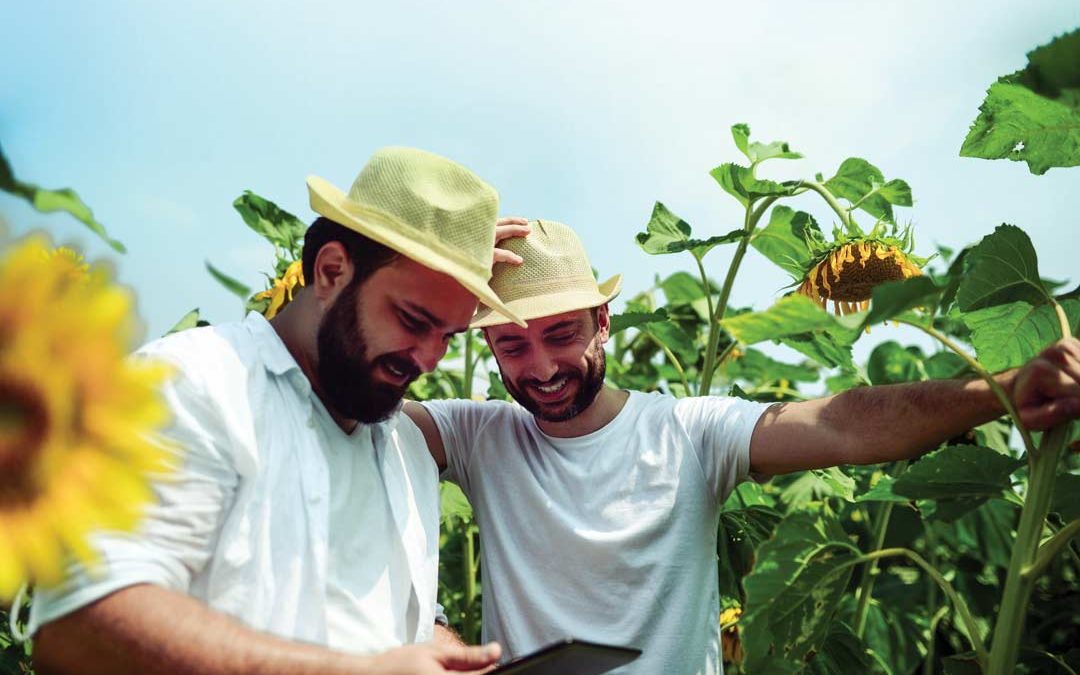 There is no doubt that ‘smart farms’ can increase yields and reduce operating costs. But is the Australian agriculture industry ready for digital farming? We find out.

Australian farmers are often romanticised as ‘battlers’ – men and women who persevere through wildly unpredictable events. They take on drought, plagues of pests, floods and our country’s woeful internet coverage. And then somehow manage to deliver fresh produce and goods to millions of people around the world.

Extreme hardship is accepted as a way of life for many Australian farmers – but does it have to be? What if managing thousands of hectares of crops or paddocks filled with livestock could all be done from a smartphone? What if farming could be smart not hard?

“The next generation of Aussie farmers is much more open to new technologies,” says Dominik Baumeister. Dominik is a Strategy, Innovation & Technology Partner at PwC. “It keeps them tied to the industry, and, surprisingly, our research shows that the agriculture industry as a whole is really open to new technologies, compared to the construction industry for instance.”

Baumeister is referring to the research he helped conduct for a 2018 report for the Australian Computer Society. It was titled Australia’s IoT Opportunity: Driving Future Growth. The report predicts that the Internet of Things (IoT) and ‘smart farms’ could deliver benefits of $14-22 billion to the Australian agriculture industry annually through improved crop and livestock yields, reduced wastage and livestock mortality, operational process improvements, and maintenance and labour cost savings. But what exactly is a ‘smart farm’?

Smart farms and the Internet of Things

The Australian Government’s Rural Industries Research and Development Corporation (trading as AgriFutures) defines IoT as “a wirelessly connected network of objects and devices enabling computers, machines, infrastructure, animals and people to transfer data between each other, without human interaction”.

Unlike AgTech that seeks to solve only one problem – such as how to shear a sheep faster or automate irrigation processes better – IoT technology allows farmers to closely monitor, in real time, the environment and health of their entire property, plus all their machines, crops and livestock, using a series of sensors and drones connected to a central system. The technology compares historical data from each property with data sets from the region. The farmer can then use this information to determine the best time to harvest. It can also tell you when a machine needs maintenance and even when a cow is about to give birth. A smart farm helps the farmer predict the future and act proactively, rather than reactively.

“We found that smart farms can help in two key areas: process improvements and efficiencies. Both factors will lead to cost reduction and, more dramatically, predicting things like water and fertiliser needs. This could increase yields by up to 25 per cent,” explains Baumeister. “This will be crucial to maintaining Australia’s global competitiveness in the sector.”

Estimates indicate that by 2020, the number of IoT devices for agriculture use willreach 75 million. In 2016, it was reported that 40 per cent of growers in the US corn industry were using IoT applications. These smart farm technologies helped to manage their cropping program and make informed decisions about pesticide use and planting density.

Closer to home, dozens, if not hundreds, of projects and trials are taking place across the country. The Tasmanian government is developing an IoT solution to help oyster farmers predict and adapt to disease and climate change. Calum Carruth, co-owner of the 170,000-hectare Murchison House Station in Western Australia, told iTnews in January 2019 that he believed his recently installed whole-of-farm connectivity system would save the business $25,000 in water costs in the first year alone. “That’s without factoring in that my workers can do something else instead of trough runs,” he adds.

“Technologies like servers and drones are still quite visible, but the future technology will be very much in the background. It will work autonomously, without the need for people to do the analysing and number-crunching,” explains Dr Rachelle Hergenhan, a member of the University of New England’s SMART Farms project team.

“But connectivity and cost are two of the major hurdles to implementing IoT solutions on Australian farms. You need the internet for remote access, so a poultry farmer can check the temperature and humidity in their henhouses. Or a crop farmer can monitor soil moisture and adjust accordingly in real time. IoT is a decision support tool, and the flow-on effects from making better decisions earlier are numerous.”

Why farmers and agriculture companies should invest in smart farms

Many regional and remote telecommunications networks have sprung up in recent years to service areas where the NBN can’t reach and 3G or 4G services are patchy. However, cost-effective connectivity remains the biggest hurdle for Australian producers to implement IoT technologies. In the US, Microsoft’s FarmBeats project has been trialling the idea of laying Wi-Fi over TV whitespaces. These are essentially TV channels. which are no longer in use But such advances are few and far between down under.

“Australia needs to up its game in innovation; we are a reasonable way behind the rest of the world,” says Baumeister. “An unprecedented 27 years of economic growth has made us complacent and created a culture of limited innovation.”

A lack of connectivity is of even bigger concern when you consider how far-reaching the effects of IoT technologies can be. With more consumers demanding information about the environmental and ethical impacts of agricultural production, actors all along the supply chain can benefit from full traceability and transparency of a product from paddock to plate.

For instance, Woolworths is pursuing one of the country’s largest IoT projects, installing sensors throughout its supply chain. Codenamed Fresh Insights, it won’t just optimise efficiencies; the company plans to make data available to shoppers so they can check the provenance of produce and goods.

“These days farmers must prove they looked after the land and livestock in order to have a social licence to farm in Australia,” notes Hergenhan. “A group might accuse a farmer of polluting a water source, but if they have a smart farm, the data can disprove those claims. It’s a win for farmers and customers.”