how this strange little fruit became a major global player… and a delicious toast spread, too.

Going back a generation, the avocado was still a slapdash breakfast spread used when the Vegemite had run out or a condiment you tossed into a salad before it over-ripened. “Avocado was always just something I ate. We didn’t sell that much of it,” recalls Australian restaurateur and TV chef Bill Granger.

That all changed in 1999 when Granger released Bills Sydney Food, a cookbook that included the first published recipe for smashed avocado on sourdough toast. At the time Granger thought it was silly – putting ‘toast’ in a cookbook. But as consumers learned of avocados’ many health benefits – they’re high in healthy monounsaturated fats, protein, nutrients and vitamins – the dish captured the zeitgeist of the good-food movement and an outsize following all over the world.

Smashed avocado on toast is the signature dish at Flinders Lane, Hole in the Wall and a wave of Australian-owned cafés that are the toast of the town in New York – a fancy sandwich filling rife with social symbolism as Melbourne property tycoon Tim Gurner learned when he told millennials on 60 Minutes if they really want to save up for a home they should stop paying $19 for avocado on toast.

Within the next 48 hours, Gurner fielded more than a thousand interview requests from around the world. When he refused to speak to them, the paparazzi tracked down his wife and kids. What began as a social commentary on housing affordability in Australia became part of an international debate about the stellar popularity of a creamy green fruit that is technically a berry.

The global avocado market still has plenty of room to grow, according to US-based market research firm TMR. Last year it was valued at $20 billion. By 2026, it’ll hit $31.5 billion.

Avocado is in high demand not only in the food industry but also in the cosmetics and pharmaceutical sectors for its respective anti-ageing and anti-inflammatory properties. Studies show your cholesterol levels can fall 17 per cent after a seven-day diet rich in avocados; Kim Kardashian even uses it as a face mask.

Mexico, the home of the avocado, produced a third of global supply last year. This year the country will boost production by 6 per cent. Peru and Chile are now net exporters of avocados to the US, while the Dominican Republic, Indonesia and Colombia are also major global players.

The Australian avocado industry has gone into overdrive, too. Production has increased 60 per cent in the past decade and 17 per cent last year alone, according to peak industry body Avocados Australia.
But Australian avocados are geared almost exclusively for the domestic market. Only 2.3 per cent of the 85,000 tonnes we produced last year was exported. This country is in fact a net importer of avocados, with 23,355 tonnes flown in from New Zealand in 2016-17, according to the Department of Agriculture.

Second-generation Western Australian avocado farmer Jennie Franceschi says we don’t export much because the price for avocados in Australia is above the global average. “There was a time a few years ago where they were selling for $3.50 in supermarkets and up to $5 or $6 at specialty retails,” she says. “But as with all farming entities, when people come across a good thing they go a little bit too hard at it. Right now, two-thirds of the trees in the ground in Australia are not even in production. The south-west of WA looks like the Barossa Valley but instead of vineyards, they’re all avocado trees. Like the wine industry, a lot of farmers jumped on the avocado bandwagon and soon we’ll go into oversupply.”

She adds: “It’s already begun. Last summer, the supermarket price fell as low as $2. That’s why so many pensioners were buying avocados.” 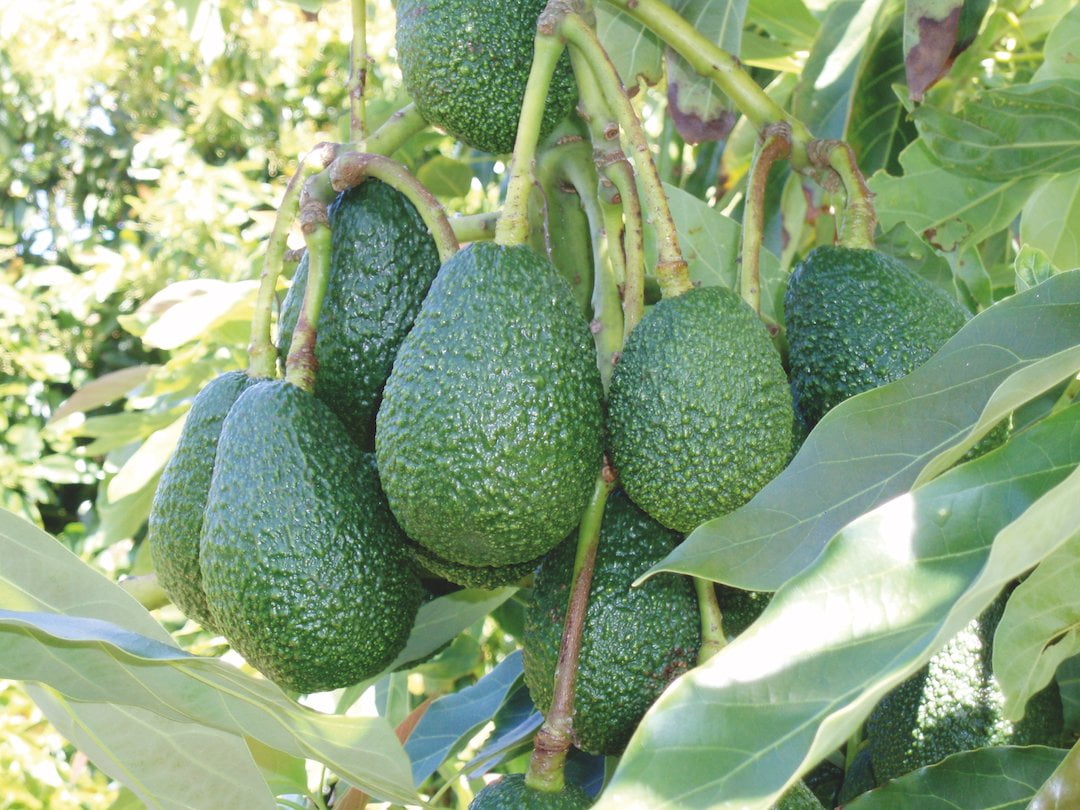 Avocado Australia CEO John Tyas says his organisation is working on solutions. “We are trying to increase domestic consumption with a lot of marketing and promotional activity,” he says. “At the moment 73 per cent of Australian households consume avocados. That indicates that there is room for growth.”

Right now, Australia produces about 20 million avocados annually. Based on Avocado Australia’s projections, that number will hit 35 or 40 million within a few short years. This indicates that even if household penetration reaches 100 per cent, the avocado market will be far into oversupply.

“We know it won’t be sufficient so we’re going to have to ramp up export activities,” Tyas says. “Currently we export to Singapore, Malaysia and a little to Hong Kong, but we really need to access the larger markets in Asia – India and China. Last year we managed to get access to the Japanese market but only with avocados from fruit fly-free zones in WA and the Riverland of South Australia. We still have a lot of work to do.”

Franceschi agrees. Her father was one of three pioneering avocado farmers in the 1970s who invested in the legal framework that gave WA its fruit fly-free status and allows the state to export hard fruit from healthy branches to Japan today.

“It was an example of how early adopters spent their time and money to grow a strong industry that benefitted everyone – not just themselves,” she says. “I’ve been trying to build export markets for avocados for 10 years but what I’ve found is growers don’t want to commit to long-term contracts at global prices if they think they can get 50 cents more selling at home. That’s why we have such low exports – farmers putting short-term gains ahead of long-term viability.

“But where will all the fruit go when all those young trees come online and we double our volume?” Franceschi asks. “Even if the domestic price drops to $1, people will only buy so many avocados in one day. I think farmers are going to have to see their fruit go unsold and feel a bit of pain before they start thinking about the big picture and invest in export markets.” 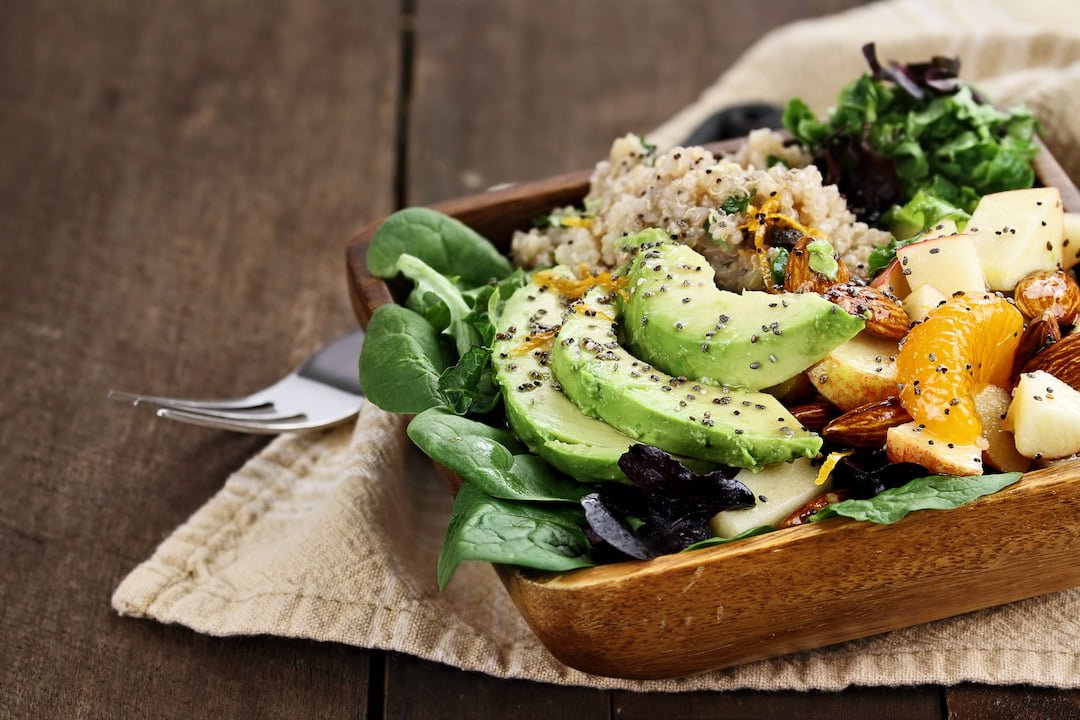 5 weird things made from avocado

1. Avocado honey: Made in Finland from avocado blossom nectar. Has a syrupy taste with notes of licorice.
2. Cubed avocado: A no-mess, no-fuss pre-packaged solution sold frozen at supermarkets in Sweden.
3. Avocado herbal tea: Made from avocado leaves in Indonesia. Helps inhibits the formation of kidney stones.
4. Avocado oil mayonnaise: More expensive than other edible oils with a high smoke point. Great for salads and dips. Popular in Russia.
5. Dr Chung’s Food Vegemil Kiwi Avocado Soy Milk: Made in South Korea. Described as “delicious, nutritious and fun”.