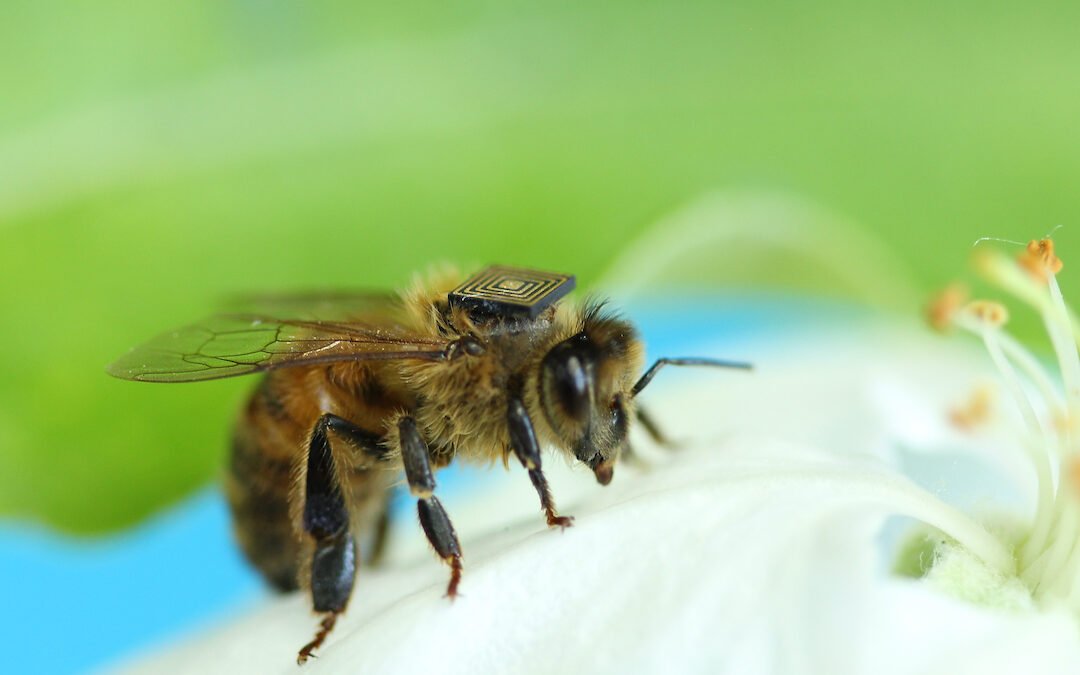 As hard as COVID-19 is on humanity, take a moment to think about the European honey bee and its existential fight for survival against the Varroa mite.

Also known as Varroa destructor, the Varroa mite is a parasite that attaches itself to the bodies of bee fetuses and creates a vector for 18 different debilitating diseases, including the deformed wing virus, which induces mortality rates of up to 95 per cent.

“When they say ‘destructor’ they really mean it,” says Daniel Webb, a commercial beekeeper and owner of iWoohoo, a beekeeping supply store in western Sydney. “When I started doing my beekeeping apprenticeship in New Zealand about a decade ago, beekeepers could leave their hives over the winter and come back to healthy hives,” he says. “But after the Varroa mite arrived in Auckland and rapidly spread across the country, they’d come back at the start of spring and every single bee would be dead.”

“In commercial terms,” he continues, “the contagion tripled the number of inspections beekeepers needed to do each year to keep hives healthy and that was ultimately reflected in the price of honey in New Zealand because honey cannot be imported to the country.”

With the exception of four islands of Hawaii and southeastern Libya, Australia is the only bee-keeping country in the world free of the Varroa mite. Not that the destructor hasn’t tried to reach our bees.

“In 2018, we intercepted a swarm of honey bees carrying Varroa off the Port of Melbourne that had built a hive inside a container on a ship that originated from the US,” says Dr John Roberts, the research scientist leading bee pathology research at the CSIRO. “In that instance, the swarm was detected before it left the ship and before the ship reached port.”

But next time, Roberts says, Australia’s biosecurity experts might not be so lucky. “I don’t have a crystal ball but definitely the feeling of the scientific community for a long time has been that Varroa is now found everywhere else in the world and it is just a matter of time – an eventuality that at some point it makes landfall in Australia.”

North America has been especially hard hit by the Varroa mite. Parts of the US have reported annual colony losses of up to 30 per cent, with many American beekeepers and honey brands now reliant on Varroa-free queen bees imported from Australia.

But it’s not just the price of honey that’s affected. While collecting nectar – the substance they use to make honey – from flowers, honey bees spread pollen or seed plants from flower to flower. By carrying out this vital task known as pollinating, bees facilitate the production of one-third to three-quarters of all food on the planet.

In Australia, 65 per cent of horticultural and agricultural crops grown in Australia require honey bees for pollination, according to information provided at a 2014 Senate inquiry into the Future of Beekeeping.

“I think that’s the biggest point to get across,” says Webb. “If and when Varroa arrives in Australia, beekeepers can manage Varroa in their hives with more frequent inspections. But if it decimates feral bee populations, we will be completely reliant on farmed bees to pollinate our crops.”

It’s a view shared by CSIRO Pollination Researcher Dr Saul Cunningham: “Our managed bee pollination services would be hard-pressed to meet the extra demand required to replace the key role feral bees play. So the outcome would likely be a drop in crop production and a rise in prices of popular food staples like fruit and veggies.”

And Varroa is not the only mite threatening honey bees in Australia and their massive contribution to our food security. “Another serious risk for us that I am working on now,” says Dr Roberts, “is the tropilaelaps mite. It’s an external mite, like the Varroa, native to the giant honey bees of Asia but even more damaging. It isn’t a global threat yet but it recently spread to Papua New Guinea, right on our northern doorstep.”

Dealing with the Varroa mite – what’s plan B?

So how did the Varroa mite penetrate New Zealand, which, like Australia, is one of the most biosecure countries on Earth?

“With any security system, there are always unpredictable things that can happen,” says Dr Roberts. “So it is definitely about preparing for the worst with a good plan.”

In addition to beefing up surveillance at ports and other locations considered the most likely entry point of the Varroa mite in Australia, the CSIRO has devised a high tech early-warning system that looks out for changes in the normally predictable behaviour of bees.

The solution comprises micro-sensors, each measuring 2.5mm x 2.5mm, that scientists in Hobart are painstakingly fitting by hand to the backs of the bees. The bees are then released into the wild, where the micro-sensors work like vehicle e-tag systems to send data to receivers placed strategically around beehives to identify individual bees’ movements.

By modelling bee movement, scientists can help identify outbreaks and isolate them from the larger bee population. To date, more than one million bees have been tagged – the first time in history such large numbers of insects have been monitored.

“We call them bees with backpacks,” says Paulo de Souza, an expert in micro-sensors at the CSIRO leading the study. “But this is not about bees or microchips or technology. This is about the future of our planet,” he says.