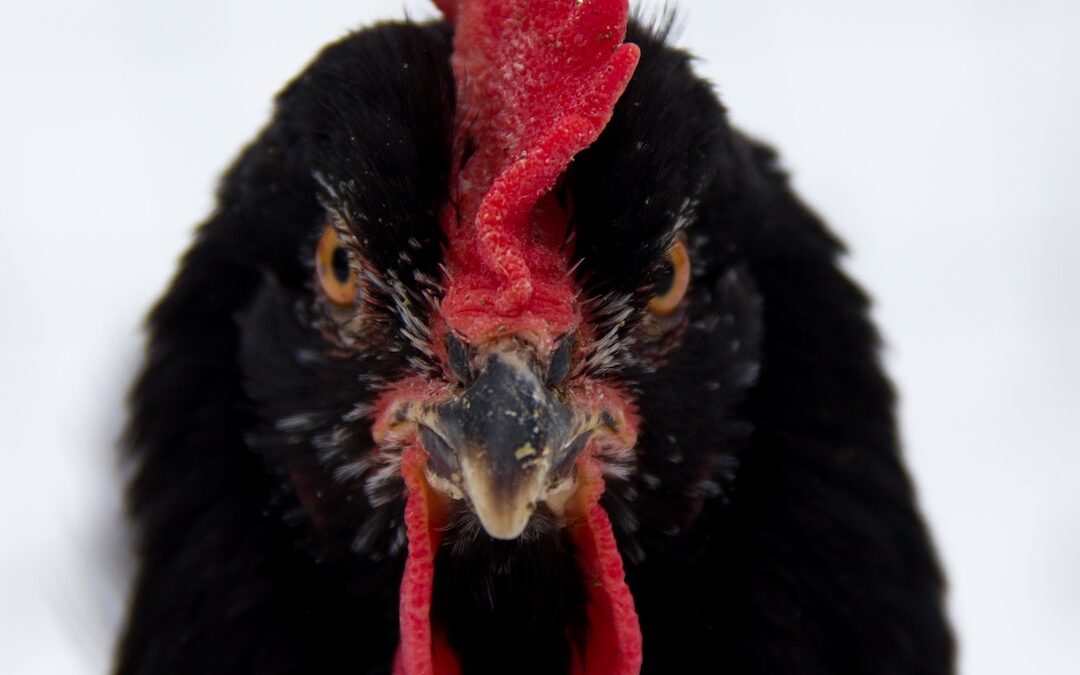 Lucia Regolin studied the behavioural patterns of chicks within a social hierarchy.

Her work on the behavioural patterns of chicks has been published in Communications Biology and demonstrates that chicks and chickens are far more advanced socially than some of us might believe. They have an underpinning attribute of empathy, they roost in order of rank and they have strong memory capacity at a young age.

1. How does one end up studying the behavioural patterns of chicks?

I would say passion and destiny, half and half. I have always loved to study animals, and when I applied to do my first-degree internship in animal behaviour, there happened to be a chick lab studying comparative cognition here at the University of Padova, so I joined the lab and trained under the supervision of Prof. Mario Zanforlin and of Prof. Giorgio Vallortigara. Like many other students I first hoped to study pet animals, but I quickly realized domestic chicks are by far a better model to study early predispositions for perceptual and cognitive mechanisms. Chicks present some unique features, to start with they are a precocial species and can be studied very soon after birth. I also realized that, since chickens are possibly the species most exploited by us, research on their behaviour and mind can and should positively impact on welfare issues.

3. Why is the male bird dominant over females?

It depends on the species but a tendency for this is there throughout the animal kingdom. In part, it may be due to size (with genetics and hormones playing their part) which largely determines life history strategies.

4. Why was the behavioural patterns of chicks important in studying?

The innovative contribution of this study has been to link directly (i.e. within the same individuals) the “pecking order” scores on one side and the scores obtained in an abstract and non-social task (i.e., learning to respond to pairs of objects in a hierarchy). We showed a (largely inverse) correlation among these two scores. Previous studies had either shown the ability to perform the transitive inference laboratory task (A>B>C>D>E mostly employing artificial stimuli) or had observed animals’ behaviour showing the ability to evaluate the rank of other individuals following observed interactions among them (e.g., I would not challenge an individual who has defeated another individual known to be higher than me in the social hierarchy).

5. Can you comment on the behavioural changes in cage hens and free range?

Free-range birds can express a fuller range of behaviours including social behaviours. But even in free-range conditions, we should be always careful before judging what is good or bad for the animal, as long as there are human-imposed constraints. For example, having more space available and being free to walk around is obviously positive, but I am not sure a free-range chicken is unaffected by the fact of being forced to share the same, though a large area with hundreds or thousands of other chickens. A better perspective can be derived from observing the species in more naturalistic conditions, in fact, the typical group size of the jungle fowl is much smaller than that. We often forget it is not only about the physical environment, but also the social environment is crucial for welfare issues, as the chicken is a very sophisticated social animal, able to learn about the individuals of its social group and endowed with a full range of vocal communicative signals.

6. In reference to your quote, “Chickens have been shown to have excellent social cognitive abilities”, what are some of these abilities and what can they be compared to?

Lori Marino’s review “thinking chickens” published in 2017 in Animal Cognition offers a very comprehensive overview on this. My little personal contribution concerned the demonstration of the ability to represent objects even when these are not visible, and of keeping them in memory for several minutes. I showed that chicks can represent separate categories of objects (food vs social objects), that they have a sense of number and can even do some basic math (e.g., 1plus1plus1plus1 is more than 1plus1; but 1plus1plus1plus1minus2 is less than 1plus1plus1), which is basic but not so trivial in fact. Then in my lab, we also showed that chicks, like us, have a spatially oriented representation of numerosities (small on the left and large on the right), and, recently, that they can use perceptual strategies to discriminate a group of dots of a prime numerosity from a group of dots of a non prime (odd composite) numerosity. I also studied chicks’ predispositions for social stimuli, like that for biological motion, or agency, their response to impossible objects (they prefer the possible ones), etc.

7. Why do some chickens show aggressive behaviour to lower-ranking individuals?

Worth noting that chickens do have a range of vocal abilities which mean many interactions are not expressed as ‘aggression’. Otherwise, there is always resource competition (food, nesting, mating opportunities) with the end goal of producing as many healthy young as possible.

8. What sort of roles are performed in the roost (“…in which the sexes perform different roles”).

Well, if you really mean in the roost, it’s generally the male that provides the protection and I believe that male birds tend to sleep less than females as they act as an early warning.

9. What sort of memory capacity do chickens have and why does this play an important role in their development?

We demonstrated that 5-day old chicks can remember an object for several minutes, and also recall its spatial location and some of its features. If baby chicks have such incredible abilities, I would expect adult chickens to be very good at distinguishing and remembering situations and for a much longer time. But for sure testing baby chicks in the lab is much easier than testing adult chickens.

10. What do the social bonds in the behavioural patterns of chicks look like exactly? Eg. How do they interact with each other that demonstrates they are close with one another?

Birds are very different from mammals, hence we should not expect them to demonstrate social bonds in the way us, primates or other mammals, like rodents, do. For example, Christine Nicol reported that the hen responds by altered physiological markers to the sight of her chicks in distress (Edgar JL, Lowe JC, Paul ES, Nicol CJ (2011) Avian maternal response to chick distress. Proc R Soc B 278:3129–3134). This article says that hens responded with “increased alertness, decreased preening behaviour and a reduction in eye temperature.” And with “Increased heart rate and maternal vocalization” “The pronounced and specific reaction observed indicates that adult female birds possess at least one of the essential underpinning attributes of empathy.”

If you enjoyed this story on the behavioural patterns of chicks, read more of our agriculture related stories here. You can also read more of Lucia’s studies here.