The politics of celebrity cancel culture 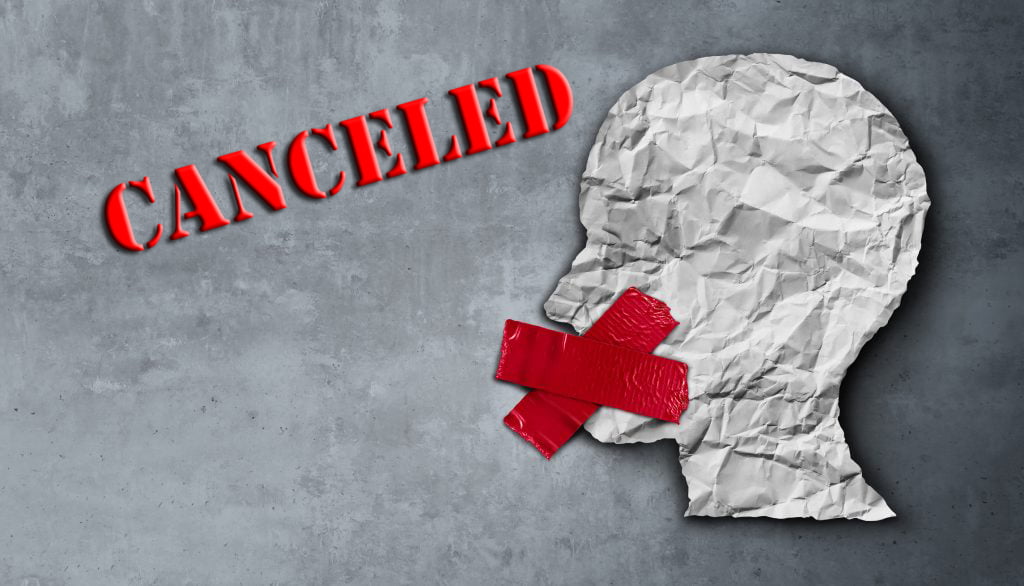 Year 12 student Matilda Meikle investigates the politics of ‘cancel culture’ as part of our Young Voices for AusBiz initiative.

We live in a world where information comes from the click of a button. Where anything and everything is recorded and kept online for decades. But with this new-found access and connectivity comes the growing ability to leave an online footprint; for our past mistakes to be rediscovered years later. A phenomenon that has come to be known as ‘cancel culture’.

This culture is at the forefront of an increasingly polarised debate, making it important to question how society can use the media to share their voices or change the way prominent figures are seen in the public eye. But what exactly is cancel culture and why are the politics surrounding it so heated?

Harper Magazine’s A Letter on Justice and Open Debate, published in 2020, suggests that “powerful protests for racial and social justice are leading to overdue demands for reform… but this needed reckoning has also intensified a new set of moral attitudes and political commitments that tend to weaken our norms of open debate.” This highlights the fundamental balance struck in this passionate argument – one which goes beyond the boundaries of whether to ‘cancel’ celebrities and companies and speaks to ideas of free speech and protest.

What is cancel culture?

Cancel culture is defined as “withdrawing support for public figures and companies after they have done or said something considered objectionable or offensive.” This notion that a person can be ‘cancelled’ or blocked from public position is used in an attempt to revoke the status and power of those deemed unworthy. Look at Justin Timberlake, whose actions surrounding his breakup with Britney Spears were brought back into question after the Framing Britney Spears documentary was released earlier this year. The backlash led to a loss of status and he took to social media for a public apology.

Cancel culture bears close similarities with the tall poppy syndrome, which has existed in Australia for generations. However, the notion of cutting down those who excel or rise above the norm is replaced by the removal of a public platform for those who don’t remain politically correct.

There are two clear sides in this debate – those who believe it’s an expression of free speech which helps to force accountability on individuals abusing their power, and those who believe that cancel culture doesn’t leave room for human error; that it’s an unavoidable part of being alive.

For many, cancel culture is used most basically as an expression of free speech, and as a protest – a way of calling for better behaviour in our role models and public figures. Recently, J.K.Rowling has fallen under scrutiny for her transphobic beliefs. She stated in a tweet from June 2020 that “erasing the concept of sex removes the ability of many to meaningfully discuss their lives,” conforming to anti-trans views. Evidently, this resulted in heavy backlash and the author was cancelled as a way of protesting against her discriminatory beliefs.

However, cancel culture is also a very powerful tool against misogyny and sexism. For generations, women’s voices have been silenced, so contemporary feminist movements attempt to reject sexism in the media by voicing their outrage. This is, perhaps, cancel culture’s most political use, as a way to vocalise anger and unite female voices as one against the standards accepted in our most public and prominent people. It stems from an attempt to hold people accountable for their words and actions.

Many believe that we make the most impact by banding together and that we should use the platform of free speech afforded to us in order to make change in our world, holding individuals and businesses to a higher standard through the medium of cancel culture.

However, where there is expression of opinion, there is also the notion that all humans are flawed and should be allowed to make mistakes. Former US President Barack Obama, during his Obama Foundation Summit, suggested that “people who do really good stuff have flaws,” and that cancel culture is “not activism. That’s not bringing about change.” He echoes the message central to the fight against cancel culture – one which acknowledges the imperfection to all human life, arguing that we cannot completely disregard an individual for an inevitable part of their existence.

Controversy surrounding cancel culture extends even further. As some suggest, it is becoming too radical and extreme as the list of celebrities dumped from positions of power continues to grow. It’s argued that their “objectionable or offensive” charges are often small and don’t outweigh the good they’ve done for the wider community. If any moment of human weakness can result in being ‘cancelled’, doesn’t that make it an inevitable outcome for everyone?

What does cancel culture actually do? J.K.Rowling’s book sales increased in Britain by 10.9 per cent in June 2020, suggesting she suffered no sufficient losses when ‘cancelled’, even when called out by the stars of the Harry Potter movies. In fact, of the long list of cancelled individuals from 2021 – Ellen DeGeneres, Lea Michelle, Justin Timberlake – most will suffer no major setbacks in their careers and continue to reap the benefits of stardom. So, maybe cancel culture is not the answer and we need some other method of protest in order to ensure our voices are heard?

With the politics surrounding cancel culture becoming more and more polarised, it’s time to assess how beneficial this phenomenon is to our society. While it’s supposed to unite people as they speak for change, it instead results in heated debate. Perhaps, in order to make the most impact as a collective, we should use our free speech and access to the media to challenge the world around us in a more supportive and constructive way. We must use our voices to positively impact others, rather than ripping people down.

This article was written by year 12 student Matilda Meikle as part of our Young Voices for AusBiz initiative.

Do you know a 13–21 year old with an important story to share? Help them have their voice heard by visiting ausbizmedia.com/youngvoices