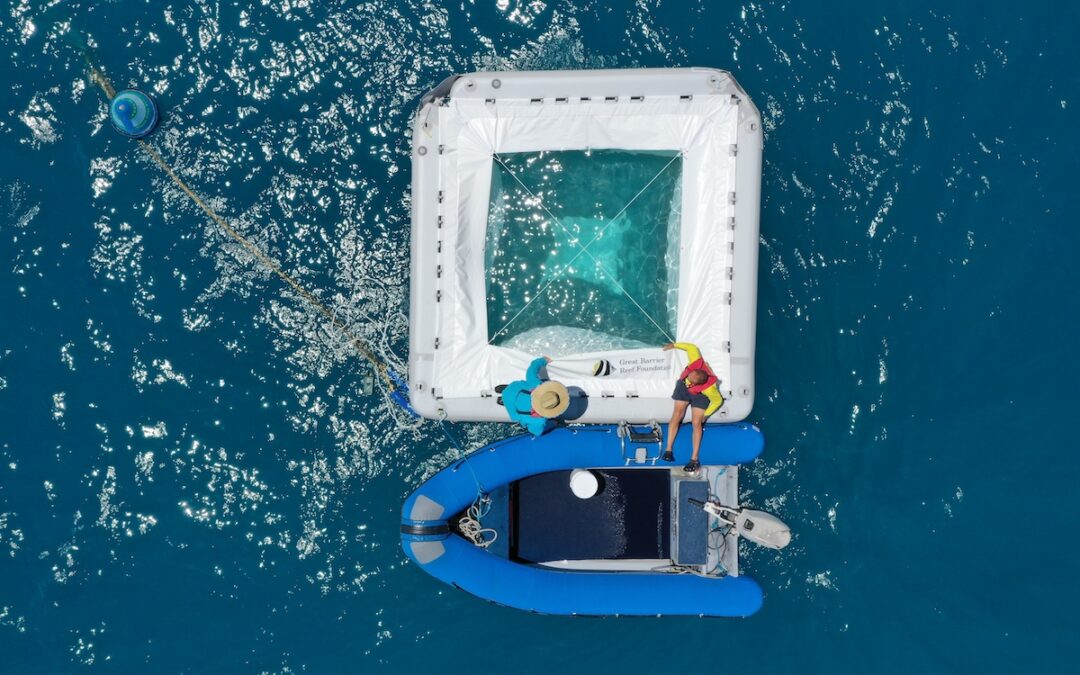 After seeing the potential of this game-changing technique, the Foundation brought Coral IVF to the Great Barrier Reef in 2016, and since then the Foundation and its researchers have successfully pioneered and evolved the technique to restore and repair damaged coral populations.

Right now, the Great Barrier Reef Foundation is significantly scaling up Coral IVF. By bringing together researchers with community partners and tourism operators on the Reef, they are upskilling and training them on this technique to go forth and restore damaged reefs at scale across multiple reef sites.

What is coral IVF?

Last summer, the Great Barrier Reef suffered its third mass bleaching – the third in the last five years. This is the reality of living in a world where the impact of climate change affects our Reef, and the annual event of mass coral spawning is now not enough to replace the corals lost.

Coral IVF is the first project of its kind to re-establish coral breeding populations on damaged reefs. Great Barrier Reef Foundation researchers are giving nature a helping hand by collecting millions of coral eggs and sperm during the spawning season, growing them into baby coral and releasing them onto degraded areas of the Reef.

It is just one technique that is being investigated as part of the world’s largest coral reefs program, which sees the Foundation bringing together the best minds and technologies to investigate new techniques to restore coral reefs and adapt them at unprecedented scales.

Led by the Great Barrier Reef Foundation’s coral ‘sexpert’ Professor Peter Harrison, coral IVF has captured the world’s attention, and rightly so. Peter’s work on the GBR builds on the enormous success of earlier studies in the Philippines, where hectares of degraded coral reefs have been restored thanks to the technique.

What is coral spawning?

Coral spawning is when new life begins on the reef. It occurs once a year in a mesmerising natural phenomenon that has been described as an underwater snowstorm. Right now (late spring), corals on the Great Barrier Reef are releasing eggs and sperm that come out as little balls that float to the ocean surface in slow motion. These tiny bundles will become young corals, providing hope for the future of our Great Barrier Reef.

This beautiful event has been studied avidly by scientists since its discovery on the GBR in 1984. It’s like Christmas for the Reef community! Unlocking its secrets is vital to the continuing life of our coral reefs and a critical part of the world’s largest coral reefs program – the Great Barrier Reef Foundation’s Reef Restoration and Adaptation Program.

“Coral spawning is an incredible event that only happens once a year and that’s why we pioneered Coral IVF back in 2016 with our researchers to give nature a helping hand,” says Great Barrier Reef Foundation Managing Director Anna Marsden. “It truly is inspirational and proves what can be achieved by bringing people and science together to save our irreplaceable Reef and its marine life.

“Right now, the Great Barrier Reef Foundation is scaling up Coral IVF by bringing together our researchers, the local community and tourism operators to restore and repair damaged coral populations.”

“The Coral IVF technique consists of capturing coral eggs and sperm from heat tolerant corals that have survived bleaching, and rear millions of baby corals in specially-designed nursery pools, before delivering them onto target areas of damaged reefs to restore and repopulate them.

“The baby corals settle onto those reefs and in a few years, they will grow to dinner plate size and beyond at which point they’ll sexually reproduce and create their own coral babies – re-establishing the breeding populations on damaged reefs.”

This promising new endeavour aims to restore huge portions of the degraded coral reefs on the Australian coastline and breathe life back into our oceans.