Hamish and Andy are sliding into 2023 with Rex 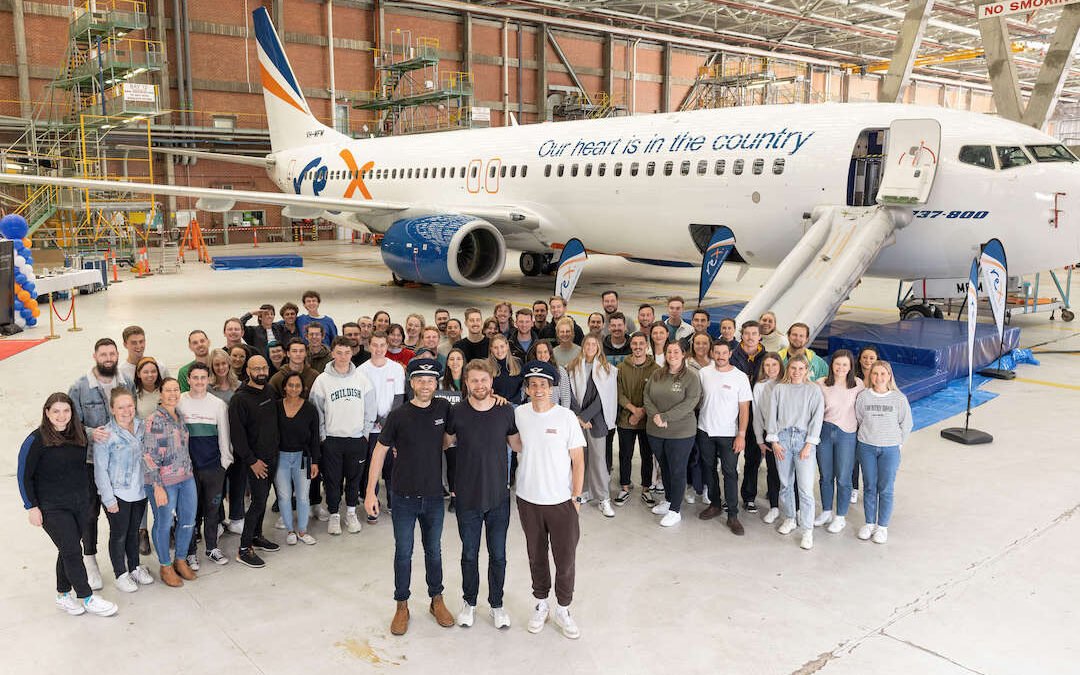 What better way to end 2022 than with an ‘Emergency Slide Party’?

This festive event was concocted from the minds of celebrated comedy duo Hamish and Andy for the final episode of their Hamish & Andy podcast for 2022. And it involves – you guessed it – sliding down the emergency slide of a passenger aircraft in an Australian-first event supported by Rex and Melbourne Airport.

They invited 61 of their loyal listeners to Melbourne Airport where they recorded the episode from the cabin of a Rex Boeing 737 passenger plane. The plane wasn’t in the air however; the listeners boarded the plane, staffed with Rex crew, which then drove into a hangar where the Emergency Slide Party began.

Hosting an Emergency Slide Party had never been attempted before and it was certainly a first for Hamish and Andy, Rex and Melbourne Airport. Now that flights are back up and running, it took an even bigger amount of planning to get the idea off the ground. However, Hamish and Andy both remained characteristically optimistic.

They said, “Our Emergency Slide Party is a lesson in ‘you don’t know if you don’t ask!’ We asked, and Rex said yes! It is amazing the lengths we will go to for a three second slide, but this way was a lot more fun than attempting it after an emergency landing.” 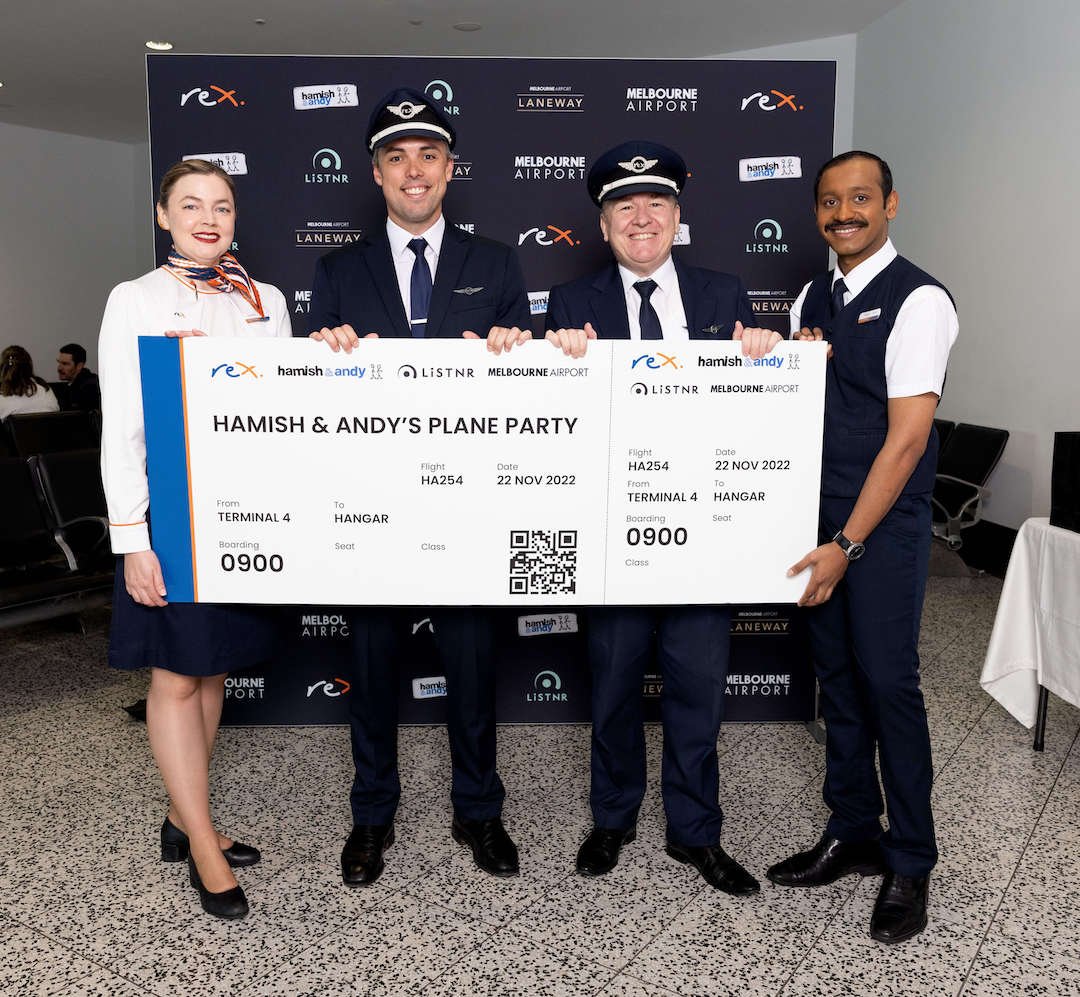 How it all began

The zany idea was first conceived in 2020 when planes were grounded all around the world due to the Covid pandemic. Hamish and Andy thought it would be the perfect time to slide down a plane’s inflatable emergency slide because you could have all the fun of sliding down, without the fear.

Hamish and Andy are no strangers to stunts and escapades. In their long career in Australian radio and TV, they started with their roadtrip series Caravan of Courage, then the global sensation Gap Year series, a travel show focusing on their adventures in the United States, the UK, Asia, South America. After that came the action-packed adventure with a twist, Hamish & Andy’s ‘Perfect’ Holiday.

They moved solely into podcasting in 2017, and the Hamish & Andy show currently sits as the number 1 podcast in Australia. 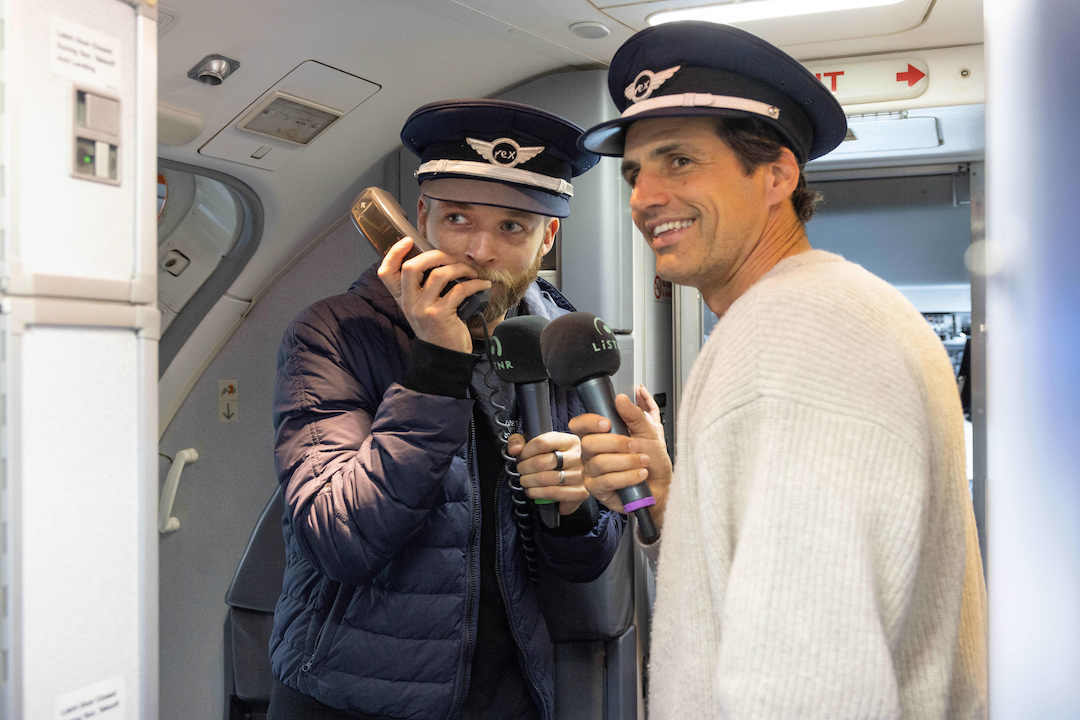 Once the plane was in the hangar, Hamish and Andy checked outside for any fire or smoke and finding nothing except a “hot good time,” the Rex flight attendant removed the emergency exit door and deployed the emergency slide. Every passenger then got the chance to slide down.

Rex staff were thrilled with the day. Rex Chief Operating Officer, Neville Howell, said, “We were delighted that Hamish and Andy placed their trust in Rex and our dedicated staff to ensure this remarkable event was delivered both seamlessly, safely and so successfully. Everyone was thrilled with the result in what was a once in a lifetime experience, again demonstrating why Rex is Australia’s most innovative airline. It was also wonderful working with Melbourne Airport and Melbourne Jet Base to provide a unique aviation experience for so many.”

Melbourne Airport CEO, Lorie Argus, agreed: “Melbourne is the home of major events, and we’re delighted to have worked with Hamish and Andy, Rex and Melbourne Jetbase over 18 months to safely execute this world-first event. Together, we created an amazing experience like no other for both Hamish & Andy’s podcast fans and Rex.”