Is the future of Australian livestock markets online? 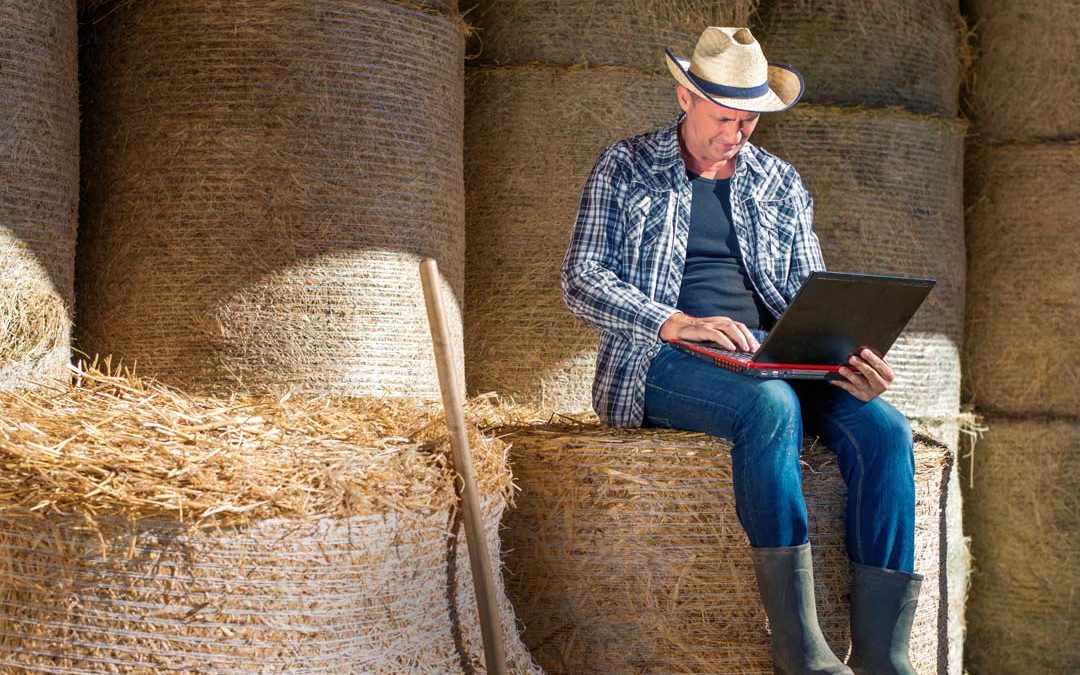 The Australian stock auctioneer at the local saleyards is synonymous with the bush. But with smaller stockyards consolidating into larger centres, and a growing trend towards internet auctions, the future of buying livestock is moving online.

The move from cattle sale yards to buying cattle online

Few scenes are more evocative of the Australian bush than a saleyard full of livestock and a crowd of willing buyers. Just ask any politician seeking to improve their image in the eyes of country voters. But just as rural Australia has been changing, so has the way we trade rural produce. Blockchain is quietly revolutionising grain sales and internet shopping is changing the face of retail. Together, these online developments changing the way we sell livestock.

There are several sites available for this, but the most successful is AuctionsPlus. It is certainly the business with the longest heritage. It started in 1986 as a project of the Australian Meat and Livestock Corporation (AMLC), now Meat and Livestock Australia (MLA).

According to AuctionsPlus CEO Angus Street, both organisations had the vision of seeing livestock traded electronically. They were far ahead of their time. “A lot of people see us as a start-up and even though we’ve seen exponential growth recently, we’ve been around 32 years. The first sale took place in 1987. It took two kilometres of telecoms and a generator for the fax machines. When we did get into the internet era, we had to deal with slow speeds from dial-up, data black spots and just generally creating technology that didn’t exist at the time.”

AuctionsPlus are leading the way in online Australian livestock sales

In its modern form, Street says AuctionsPlus is “like eBay for cattle and sheep, with a twist”. Livestock are assessed on-farm by accredited, rigorously trained assessors who undergo regular and random audits to ensure assessment is uniform, consistent and meeting the expectations of both buyer and seller. Sellers pay $7 a head for cattle and 90c a head for sheep. Just like eBay, stock can be relisted for free if they don’t sell. A buyer has 48 hours from delivery to raise any issues regarding assessment, animal condition and so on. Street explains, “We have a dedicated integrity unit that monitors the platform, user management and dispute resolution.”

As well as one-off stud sales, AuctionsPlus has two auctions weekly – Tuesday and Thursday sheep, and Friday cattle. These auctions attract 467 attendees on average. The company has created a national marketplace that stretches from Outback Queensland through New South Wales to Victoria and South Australia. According to Street, the company is “probably the number-one provider of interface stud sales. It facilitates the sale of $870 million livestock annually”.

Alongside the growing success of online livestock sales, the other major trend is the consolidation of country town and city saleyards into larger regional groupings; for example, the NSW Central Tablelands Livestock Exchange (CTLX) amalgamated Bathurst, Blayney and Orange saleyards.

According to Garry Edwards, Managing Director of AAM Investment Group, the Manager and Operator of the Regional Livestock Exchange (RLX) portfolio, there are several drivers behind the move to consolidation.

“It’s a combination of factors around cost, freight and efficiency,” he says. “If there is a greater number of buyers, there is more competition. This, in turn, results in higher prices for sellers in general. It’s also easier for large buyers such as processors to fill a truck in one transaction at a larger centre. For buyers, the cost of labour and transport is the same no matter how many animals they acquire.

“For sellers, their stock is under a roof and on a soft floor, which leads to improved environmental and animal health outcomes. As an example, weight loss at the new facilities has been reduced by 2 per cent. If you’ve got a 500-kilogram animal, less 2 per cent is 10 kilograms. It very quickly adds up if you’re selling 20, 50, 100 or more animals.”

Edwards also argues that, unlike local government which can struggle to justify spending ratepayers’ money on a facility that is used sometimes only once a month, companies such as RLX can afford to be more expansive.

“Our investors are super funds, and they take a long-term view. So, when CTLX was built, it was designed to be a 20 to 30-year projec. We were able to build something quite modern and depreciate it over a long time.”

Perhaps not surprisingly, Edwards is sanguine regarding the impact of online auctions. “The online platforms have been around for nearly 30 years. In recent years they have got more publicity, but they still only handle 4 to 5 per cent of transactions. Australia-wide, 62 per cent of livestock goes through physical facilities.

“The advantage physical facilities have is high clearance rate. 99 per cent of animals sell because the physical environment drives excitement. We use online systems to stream out to people who may not want or need to attend in person, so people can increasingly get the best of both worlds.”

One thing both Street and Edwards agree on is that traditional saleyards will still be around in 50 years. Street argues that online has definite advantages, such as “no freight charges, no expensive yard fees, no slippage in terms of weight and just generally better outcomes in terms of animal welfare because the animal stays in the paddock until it’s sold. In addition, as a seller you’re in control, you shift from price-taker to price-maker.

“[Nevertheless, there is] always going to be a need for physical saleyards. However, generational changes, advances in technology and the increased emphasis on animal welfare and ethics will see the business grow exponentially.”

Edwards says that volume will be the key: “We’ll see more amalgamations, whether that’s driven by councils or private investment. The number of animals being sold hasn’t changed much in 25 years, so it all comes down to the dispersion. There’s a definite link between cost efficiency and volume, and the other thing about a large facility is that it’s a very transparent marketplace with everything from feed lot buyers to restockers.”