Kombucha: how the ancient brew is evolving 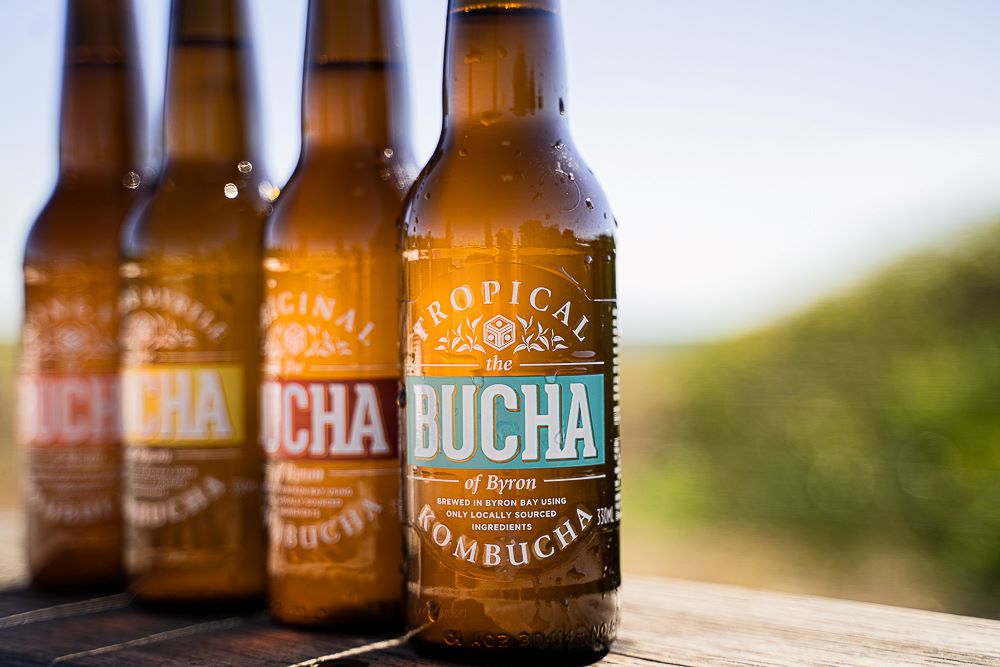 From the odd market stall to supermarket isles, kombucha has grown to become a fridge staple for health-conscious consumers.

Promising improved gut health thanks to its probiotic qualities, the fermented tea drink is an acquired taste. Fizzy and tart, it contains a slight amount of alcohol acquired during its fermentation process. While skeptics deem it another health fad spruiked by ‘influencers’ that will soon be laid to rest alongside SkinnyMe Tea and Bulletproof Coffee, in Australia the industry’s $200 million valuation suggests otherwise.

Before bike-pedaling hipsters and mums-who-brunch caught wind of it, the Chinese had been brewing kombucha since around 220 BC. Born out of the Tsin dynasty, the “Tea of Immortality” made its way to Japan, then to Europe and Russia in the early 20th century.
Preparation processes vary, but every batch requires a SCOBY (symbiotic colony of bacteria or yeast). The SCOBY is then added to a mixture of steeped tea, sugar and vinegar. Left to ferment, sugars break down and are converted into health-giving acids and probiotics.

Confined to our homes during COVID-19 lockdowns, people turned to their kitchens to occupy their days. While some of us never made it past the banana-bread phase, the truly dedicated began dabbling in home-brewed “booch”, with mixed results. It’s risky business. If equipment is not properly sanitised or the temperature changes too drastically, bad bacteria can take hold of the SCOBY and lead to allergic reactions, infections and upset stomachs. It’s best left to the experts, then, who are increasingly turning to local breweries to mass-produce their brews as demand grows steadily.

The country’s first commercial kombucha operation, MOJO Beverages, started out in Willunga; a small town in South Australia’s famed McLaren Vale wine region. Getting their hands on a traditional recipe, the founders began producing kombucha in 2009. They started selling it in small batches to farmers, foodies, yogis and surfers. A decade on, MOJO still uses the same SCOBY strain from their very first batch. Although new flavours and varieties are constantly being introduced, they’re fiercely protective of their original recipe despite being scooped up by The Coca-Cola Company in 2018.

Though MOJO is the first producer to have hit the market here, they are not the biggest – Remedy takes that title. Backed by brewing giant Lion, Remedy holds around 70 per cent of the Australian market. Beyond kombucha but still on the fermented-drink bandwagon, they also produce Switchel, a mixture of raw apple cider vinegar and fresh organic ginger; Tepache, a tangy Mexican-inspired drink made by brewing pineapple juice with a live culture; and Coconut Water Kefir, an organic, live-cultured drink backed by nutrition experts.

Rather than competing with the big guys, smaller operations such as Central Coast brewers Kombucha Zest have channeled their energy into cutting out the middleman. “Our unique brewing process means we get to work directly with cafe and pub owners to create bespoke, handcrafted blends delivered by tap,” says founder Nathan Jennison.

A staple in a stack of Central Coast cafes, the company’s sales took a hit when pandemic-induced lockdown regulations came into play. They adapted quickly, offering home delivery to Sydney, Newcastle and the Central Coast as a way to keep the business afloat.

Sydney-based brewers Jiva share a similar story. Their revenue dropped 80 per cent after shutdowns commenced in March. Despite the direct-to-consumer approach showing its holes, Brand Development Manager Joshua Shubitz is confident Jiva will bounce back fast, especially with three new products slated to hit the market.

“Kombucha is now a category, not a fad,” Joshua explains. But not all are made equal: some producers, says Joshua, are “veering away from the true art of kombucha”. “Real kombuchas are not sugar-free or shelf-stable. Live cultures need sugar to stay alive,” says Joshua, adding that’s what puts Jiva’s brew in a league of its own.

Answering the calls of health-conscious consumers, a handful of Australian producers have begun brewing a different kind of booch – with a serious kick. “People are consuming less alcohol these days, but when they do they want a higher quality,” says Paul Tansley, co-founder of The Bucha of Byron. Mixing high-quality kombucha – made in partnership with Stone & Wood – with premium spirits from neighbouring Cape Byron Distillers, Paul says, “The Dirty Bucha of Byron offers a low-sugar alternative to the standard RTDs on the market.”

With competitors such as Victoria’s Brewhaha hot on their heels, the Byron-based producer is working hard to stay ahead of the curve, taking cues from the US to develop a hard seltzer. Before its release later this year, Sneaky Bucha will hit shelves first, in spring. A mix of beer and kombucha, Sneaky Bucha presents a lower-carb option in the form of a 4% XPA, lager and summer ale.

Unfortunately, Paul admits, the probiotic qualities of boozy booch won’t prevent hangovers, but they will at least save you from the sugar crash at the end of the night.

New kid on the block

The younger sibling in the fermented family, kefir is just beginning to step out of kombucha’s shadow. Like kombucha, kefir is cultured from a SCOBY and mixed with either milk or water. Rich in B vitamins, calcium and vitamin K2, its probiotic properties and beneficial bacteria help relieve inflammation and promote gut health. A tart drink, the dairy version resembles a thick, creamy yoghurt, while water-based kefir is sweeter and naturally fizzy, much like kombucha.

With hundreds of small-scale producers popping up around the country, large operations leveraging growth opportunities and home brewers getting behind the trend, the future of fermented goods in Australia is looking solid. As long as they can nail the flavour.