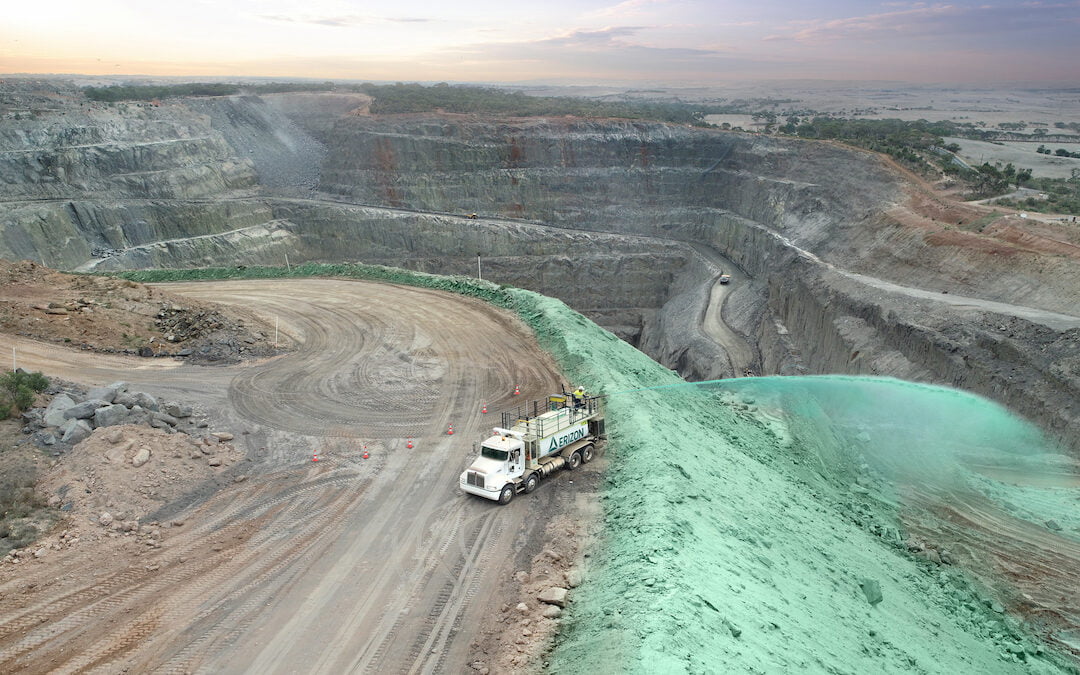 Ian Neubauer investigates the growing importance of mine rehabilitation, speaking to three experts about the new technologies they’re using to bring mining land back to life.

Before the introduction of legislation in the 1970s and 1980s, mining sites in Australia were often abandoned with little thought of mine rehabilitation. Mine-reclamation and -closure plans are now required before a mining permit is granted. Miners are required to leave multi-million-dollar security bonds as a component of the environmental impact assessment.

Symbiosis – working with other industries to achieve mine rehabilitation

“My current research is not focused on mine rehabilitation alone,” says Mohan Yellishetty, an Associate Professor in Resources Engineering at Monash University. “It’s about repurposing abandoned mine sites and helping local communities that were once dependent on mining with new employment opportunities and avenues.”

“We are currently working with AGL at Loy Yang, the largest power station in Victoria and the site of a massive brown coal mine. The dimensions of this pit are massive – it’s kilometres long and wide. When you have such a massive pit you also have massive amounts of associated waste and tailings so the clean-up problem is multi-fold,” he says.

“Traditionally, the only way to rehabilitate land to a pre-mining ecological level was to bring in large volumes of fertile topsoil; a material that is in acute shortage at mine sites all around the world. But through our research at Monash, we have invented a process called Symbiosis in which we try to strike a symbiotic relationship with existing industries to find more cost-effective solutions. Take Loy Yang as an example. We have established a symbiotic relationship between mine, power plant, wastewater and paper and pulp industries – waste streams were combined to create ‘artificial topsoil’.”

“One of my former PhD students from India has now started a venture over there using the same method. We are also talking with several large mining companies in Australia that are quite hopeful about its potential. It’s a reasonably novel solution, figuring out how one industry’s waste can be repurposed to be a resource for another.” See monash.edu.

Sewing new seeds for mine rehabilitation

Aymeric Maudous, CEO and Founder of Lord of the Trees

“We specialise in ecosystem restoration – a process that normally takes five or six years,” says Aymeric Maudous, CEO and Founder of Lord of the Trees. “In the first year, we rebuild the ‘mother forest’ – the foundation of the landscape. It’s like building a house. You don’t start with the roof, you start with the foundation. Some people miss this step and then big winds come through and undo all the hard work because nothing is holding the topsoil together.”

“The first step is to use mapping drones to study the landscape. Then we consult with global databases as well as Indigenous Australians who pass on information from generation to generation about the most ideal plant species to grow there. It’s a bit like looking into a crystal ball, though we often end up sewing fast-growing wildflowers and native grasses like Kangaroo Grass that requires very little topsoil. It’s a very resilient species perfectly adapted to Australia,” Maudous says.

“In the next step, we plant seed pods using precision-planting drones that do the job in a fraction of the time it takes doing it manually. The best planter in Australia working from sunrise to sunset can plant 800 seedlings a day, while our drones can work day and night shooting two seed pods per second. If you do maths, it comes to 158,400 seed pods over 22 hours, allowing two hours for swapping batteries. A drone pilot and their co-pilot can supervise five drones at the same time.

“The survival rate of seeds planted by our drones is also much higher,” Maudous says. “Abbout 70 per cent will grow into trees, compared to 40 per cent of those planted by hand. That brings the effective cost of planting a tree to around $1 compared to $2.93 if you plant by hand.”

Making mine rehabilitation viable in the short, medium and long term

“Our services fulfil a key component of a mine site’s lifecycle. We aim to make our solutions as cost-effective as possible while upholding the quality necessary to see the most successful outcome for any mine,” says Glenn Sullivan, Senior Environmental Consultant at Erizon. The Adelaide-based firm has more than 20 years of experience in mine rehabilitation in Australia. “I make a point to present any client with an ROI that illustrates the benefits of taking these solutions in the short-term, to make the most impact for their site long-term, and minimise more costs in the future,” Sullivan continues.

“To that end, we’ve developed new technologies to help keep our clients’ costs down. Our topsoil alternatives and amended products help with the initial establishment of vegetation and speed up the process of developing natural topsoil. We use drones to capture multi-spec imagery during the lifecycle of the rehabilitation process to monitor plant health, soil salinity, stress, and moisture, which allows us to tweak solutions in realtime to ensure the best possible results.

“It’s really quite remarkable what we can do at Erizon when we put all these things together,” Sullivan says. “At one mine site in South Australia, over time, we were able to work closely with the miner to demonstrate the value in adopting more comprehensive solutions. This resulted in a better outcome and cost-saving by eliminating rework. Late last year, our site contact received a phone call from a community member who asked if the mine’s waste dump had been removed, because he couldn’t find it. But it was still there. We’d just created such a natural-looking landform with native vegetation that it was no longer identifiable against the surrounding natural landscape.”

There are 60,000 abandoned mining sites in Australia that need rehabilitation – most dating back to the gold rush, according to new research by Monash University.

In most cases, complete restoration of mining sites is impossible. But successful rehabilitation can result in the establishment of a functional ecosystem.