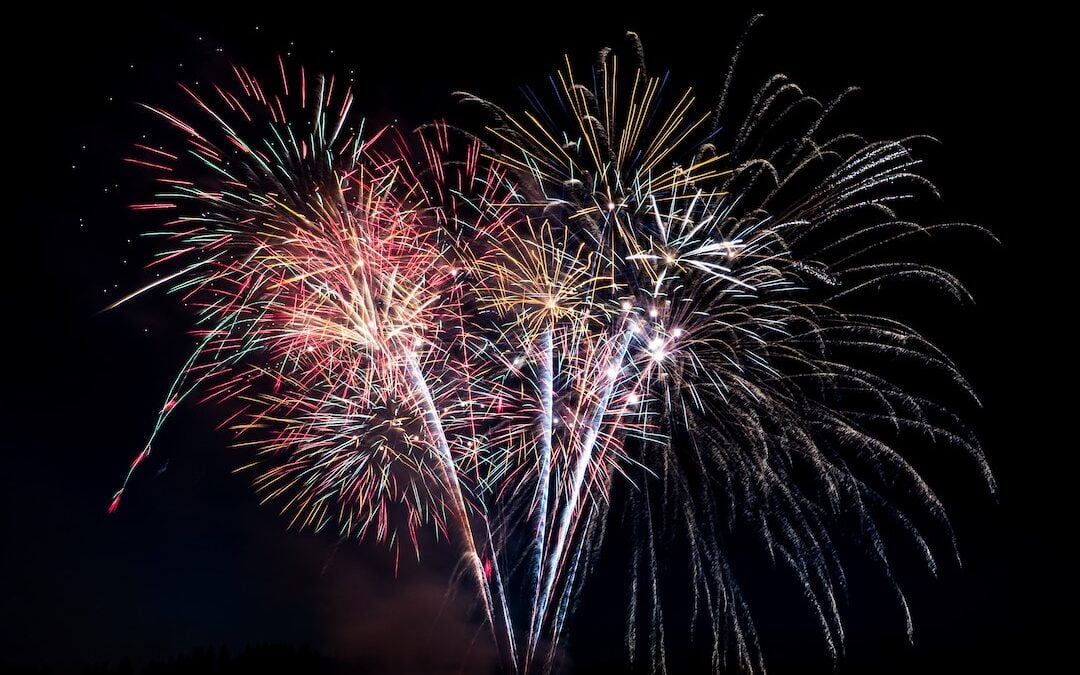 This year, First Nations culture will be at the centre of the New Year’s Eve fireworks celebration.

The 9pm show, Calling Country, will share First Nations stories and culture through a fireworks display inspired by sky, land, and sea. It will also include pylon projections, live music and dance performances, and a message stick presentation ceremony as a powerful way to bring in the new year. 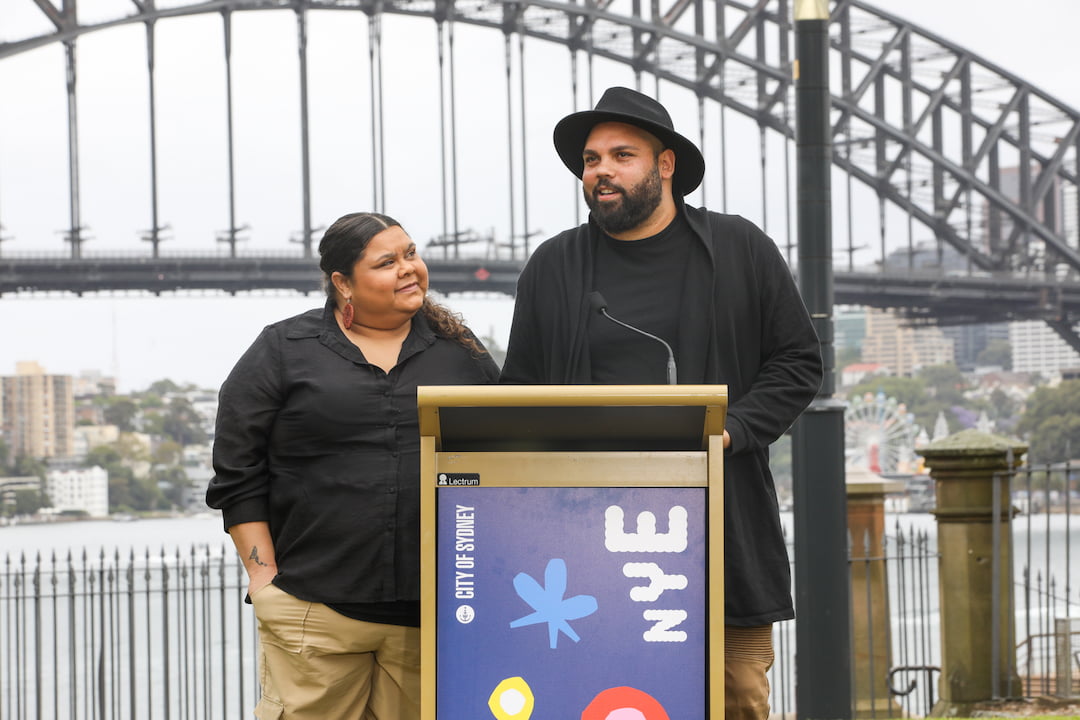 This year’s 9pm fireworks display was designed by artists Carmen Glynn-Braun and Dennis Golding. The pair work together to form the Re-Right Collective, which emphasises stories highlighting Indigenous voices and experiences across time.

“While we honour the histories of our First Peoples of this Country, we recognise the strength and resilience that also exists in our First Nations youth, who lead us into the future.”

This desire to share a proud First Nations culture is shared by Lord Mayor Clover Moore, who says that Sydney is dedicated to honouring First Nations stories in the public sphere.

“This year’s talented artists have created music, visual art and performances that celebrate Sydney’s rich First Nations identity and people, and the glorious land and ocean that surrounds us,” she says.

“The city is committed to increasing recognition of Aboriginal and Torres Strait Islander culture and heritage in the public domain, and New Year’s Eve provides the opportunity to do so loudly and proudly in front of a global audience.” 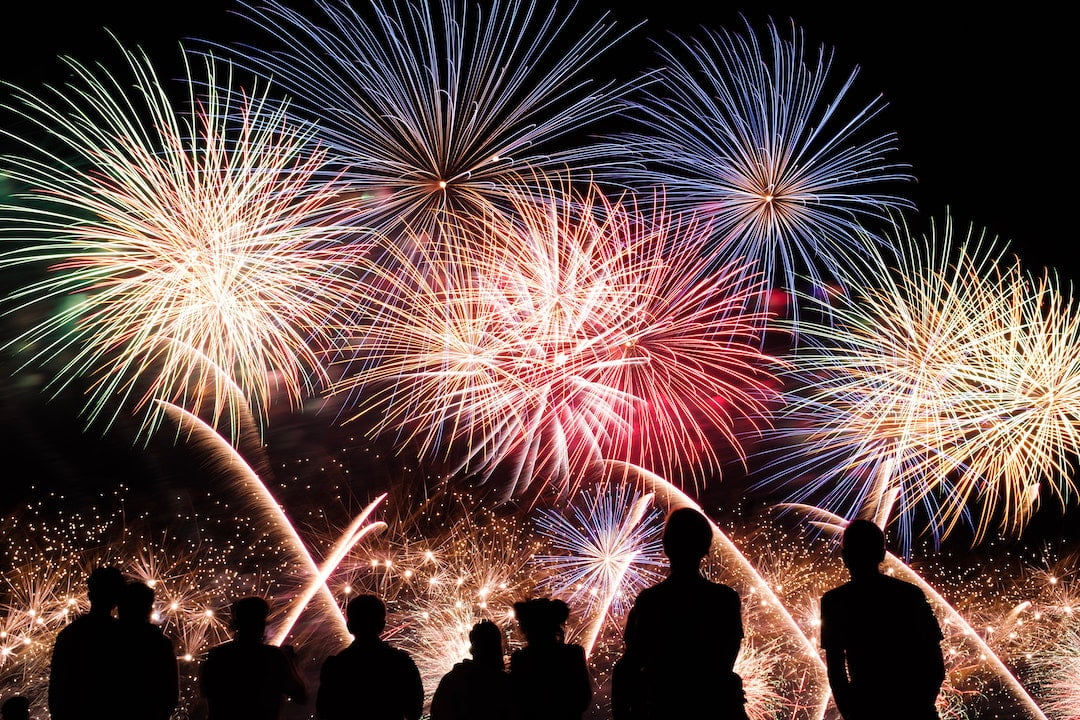 Artists in the spotlight

The show this year is a product of the hard work of many incredible artists, performers, and First Nations peoples.

At 7:30, the night will kick off with a smoking ceremony conducted by Tribal Warriors. The ceremony observes the ritual of purification and unity, cleansing the city coming into the new year.

Visitors will then be welcomed to Gadigal Country by two Elders from the Metropolitan Local Aboriginal Land Council.

The spectacular fireworks display, the main event of the evening, will also include projections onto the Sydney Harbour Bridge designed by several artists. Gadigal artist Nadeena Dixon’s projections tells the story of Gadigal fisherwomen through depictions of land, water, marine life, and figures of her ancestors.

Other projected artworks include those of Arrernte, Kaytetye and Anmatyerr artist Caren Glynn-Braun, whose drawings focus on the moon as a symbol of connection to country, and as a representation of time, seasons, fertility, and new beginnings. Dennis Golding, a Kamilaroi/Gamilaraay artist, focuses on the strength of Aboriginal cultural identity through a superhero cape motif. His work will be showcased alongside the superhero capes designed by over 100 other young First Nations artists, which have been animated by professionals for the pylons. 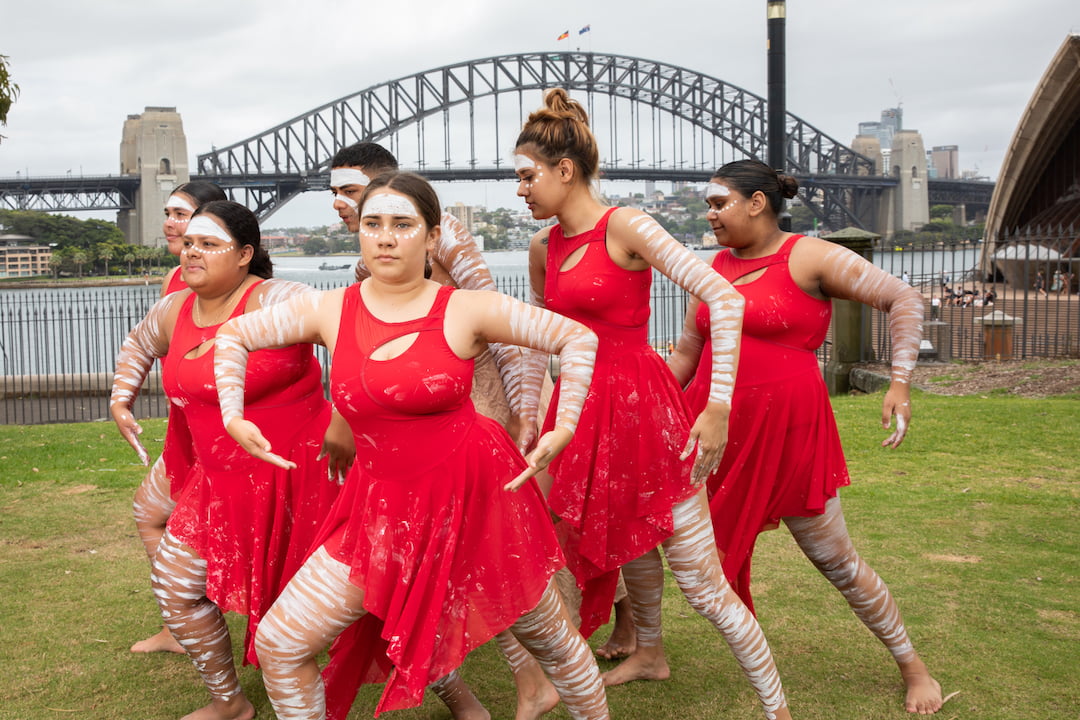 No fireworks display would be complete without a stellar soundtrack, and this year it has been composed by Kombumerri artist Rowan Savage. He has used recordings of animals and water alongside a song in language by Nadeena Dixon to score the incredible light show.

And, for those wanting to immerse themselves even further in the evening, Gomeroi hip hop artist and rapper Kobi Dee and Gadigal singer-songwriter Akala Newman will perform a new track, supported by dancers from the Brolga Dance Academy.

This year’s celebrations will showcase the rich culture of Australia’s First Nations people. For everyone bringing in the new year, it will be a night to remember, and one which signifies the importance of our Indigenous community.

To learn more about Indigenous art and brands, click here.