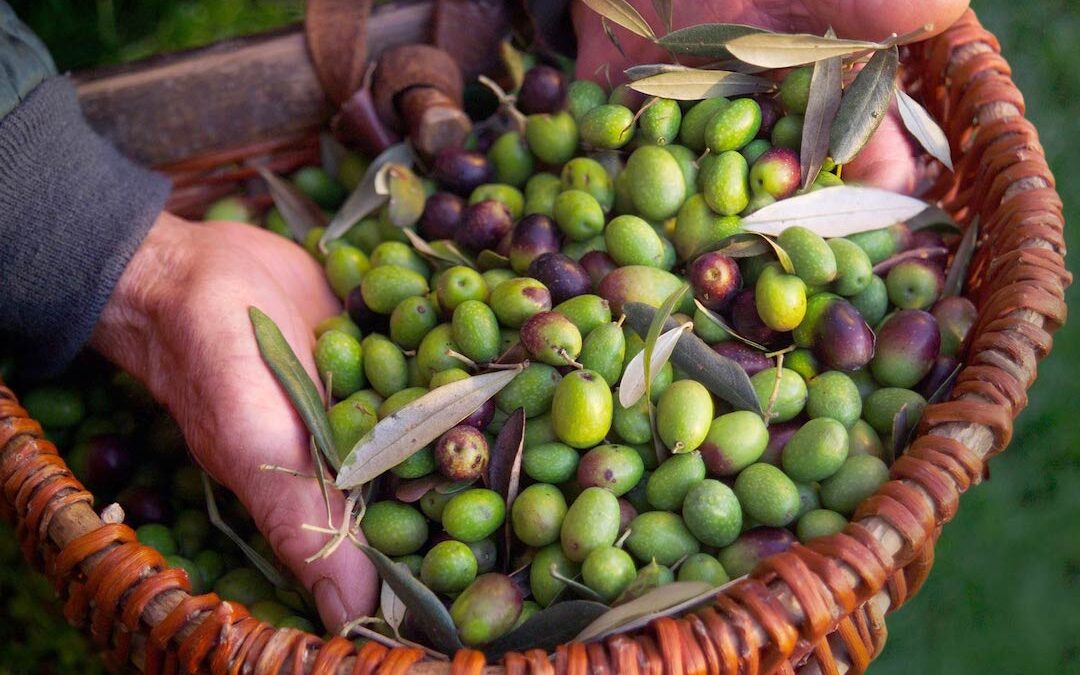 Australia’s olive oil producers are giving the Mediterraneans a run for their money.

Many stories have been told about the stellar success of the Australian wine industry – heretics of the New World who learned to make wine on par with those of European vintners with centuries of experience at their fingertips. Yet very little is known about the Australian olive oil industry and the extraordinary trajectory of its growth.

“I’m old enough to remember the first Australian wines and I remember those wines weren’t the best. But now our winemakers are employed in France. So we looked at the wine industry and saw the only way for Australian olive oil to become a heavyweight in the industry was to make a really pristine product and develop the world’s toughest standards for testing,” says Robert Armstrong of Alto Olives. Robert’s olive  business is run from the Abercrombie wilderness of NSW/ He’s one of hundreds of Australian farmers who in a single generation took a niche product sold at markets and fetes to supermarket shelves and restaurants all over the world.

“Australia didn’t just enter the olive oil trade,” observed judges at the New York International Olive Competition. “It reinvented it and sent shockwaves through the industry.”

Olive oil has been one of the pillars of the Mediterranean diet since the days of Ancient Greece and Rome. Loved for its taste and lauded for its suspected health benefits, which are now proven by science. “Extra-virgin olive oil is the standout of all oils when it comes to effects on health and weight control,” says Dr Joanna McMillan, an Australian nutritionist and wellness expert. “There is a large body of evidence behind it.”

But most of the olive oil imported into Australia is no good. European producers keep the best stuff for their own markets and export the dregs overseas. That “best stuff” is the “extra-virgin” olive oil with a high pH and slight bitterness in the front end. The oil they send us is stored in a shipping container for up to eight months and branded as “pure” and “extra light.” It’s also devoid of polyphenols and antioxidants – the chemicals behind the health benefits – by the time it hits supermarket shelves.

In the late 1990s, when the healthy eating craze first emerged in Australia, hobby farmers started planting olives and pressing oil themselves. Consumers loved the taste, the freshness, and the fact it was Australian-made.

“But as the industry grew, margins became much tighter. And when the Global Financial Crisis hit in 2009, a lot of groves were pulled out,” says Greg Seymour, CEO of the Australian Olive Association. “It kind of shook out all of those people who couldn’t survive. But it also saw reinvention and innovation.”

In 1997 Australia was producing 1,000 litres of its olive oil per year – around 5 per cent of domestic consumption. Today we produce 20,000 litres a year; 95 per cent of it is extra-virgin, 60 per cent of which is sold domestically.

We are all consuming a lot more olive oil – 45,000 litres a year! This is a result growers credit to an industry-sponsored education campaign about the health benefits of extra-virgin. “There’s been a huge investment in the education of consumers on TV and at food shows,” says Armstrong. “People don’t automatically think Mediterranean olive oil is better anymore.”

The remaining 40 per cent of Australia’s olive oil is exported to North America and Asia. “Like most Australian food products, extra-virgin does well overseas because of our ‘clean, green’ image, highly regulated environment and ethical farming practices,” says Robert McGavin. McGavin is the CEO of Boundary Bend, the holding company behind Cobram Estate and Red Island olive oil brands; the biggest and most technologically advanced olive oil maker the country. Its people figured out how to extract 10 per cent more oil from a pressing than the Europeans. Thus, they invented the Colossus, a 28-tonne, million-dollar mechanical olive harvester that’s the industry benchmark. “We’re now taking our way of growing olives and making oil to California,” says McGavin. “We recently bought a mill and land over there, and our oil is now stocked in 4,000 stores.”

Boundary Bend produces about two-thirds of Australia’s olive oil but it’s not a monopolist. “Their attitude is very open, they run seminars all the time,” says Armstrong.

Adds McGavin: “Everywhere you go in the world olive oil is for sale at vastly different prices with different flavours and aromas. So I think there is space in the market for lots of small producers.”

For the love of oil

So what does it take to get into the olive oil business? For starters, there are far fewer barriers to entry and regulatory hurdles than in the wine industry. “You don’t have to buy a Colossus. You can buy small picking equipment or work in groups with other farmers,” McGavin says. “And it’s a relatively simple process getting the oil out.”

Peter Eicher of Saluté Oliva in Victoria agrees. Peter is a retired dairy farmer who established an olive grove of 2,100 trees in 2000. He and his family do everything in-house – from processing, to packaging, to marketing and distributing. “Once you start putting these different businesses together, it becomes very sustainable,” he says.

Yet hobby farmers aren’t so sure. “It’s hard work. We only break even,” says Rhoda Kriek of Anatinus Olives, a 400-tree grove in Victoria.

Guy Ward is a Sydney-based property manager who spends his weekends looking after Arkstone Olives, a 400-tree grove in the Southern Tablelands of NSW. He voices similar sentiments. “It’s constant work pruning the trees and picking. You need a lot of people or heavy machinery,” he says. “Just the press costs $50,000 and then you have to bottle it, design your labels and sell it. We make money but I wouldn’t say it’s profitable in small quantities.”

So why do it? “Well, we love the area and take pride in making oil that’s as good as it can get, and has won awards all over the world,” Ward says. “And we’ve got a good group of family and friends who help us pick the fruit at harvest time. Every single person who’s come down to the farm to help has come back again. I think that says a lot about how much people love making olive oil.”