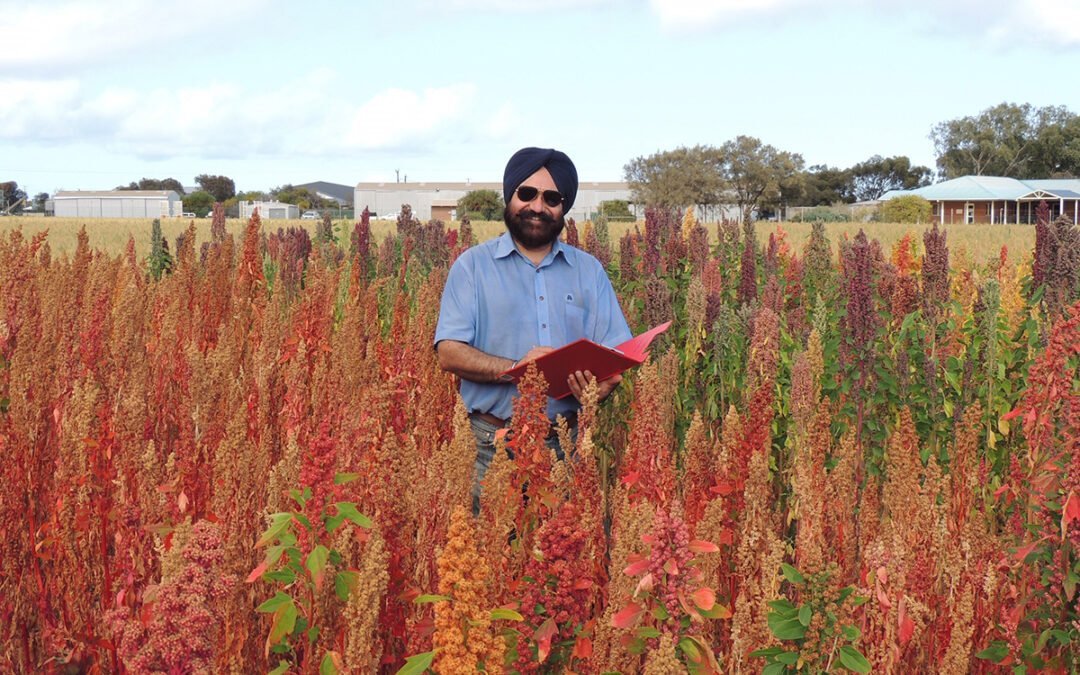 This ancient grain is about to burst out of its boutique bubble and hit the mainstream as a new open access variety becomes available.

Quinoa has been touted by healthy eating fanatics as the “better version of brown rice,” packed full of nutrients that put other grains to shame. But it has always sat on the proverbial top shelf in terms of its status (and price).

That could all change, however, with the development of a new variety that will be widely accessible to farmers around the country, allowing the smaller players of Australia’s agricultural industry to jump on the quinoa bandwagon and enjoy some of its success.

A new open access quinoa variety developed in Australia is set to boost opportunities for farmers to grow the popular superfood, with increased production potential for both local and international markets. As the first public, non-contract variety in Australia, “Kruso White” may be the key to transitioning quinoa from a niche, cottage crop to wider adoption across Australian broadacre farming environments.

A national quinoa research project was undertaken between 2015 and 2019, funded by AgriFutures Australia, with co-investment from the Western Australian Department of Primary Industries and Regional Development (DPIRD). The project focused on investigating where and how quinoa can be grown across Australia. The endeavour was also successful in developing the new variety, which is now ready for bulk up and commercialisation.

The new variety, known as “Kruso White”, was launched in Kununurra in northern WA on Tuesday 8 September by the Hon. Alannah MacTiernan MLC, WA Minister for Regional Development, Agriculture and Food.

Planting seeds for the future

Access to the locally bred Kruso White will soon be available for farmers. They’ll be required to submit an Expression of Interest through DPIRD, which seeks to licence multiple organisations to bulk up and market the quinoa variety upon its commercial release. Both group and individual applications are encouraged.

“The production of quinoa globally climbed from 23,000 tonnes in 1990 to almost 200,000 tonnes in 2019”, says Beer. “Considering this huge increase in demand, the national quinoa project recognised the potential for quinoa as a high value cash and break crop in Australian cropping systems.”

“AgriFutures Australia is delighted that our investment into the industry has contributed to providing growers with access to high quality quinoa seed suitable for Australian conditions that can be incorporated into local farming systems.”

With promising results under both rain-fed and irrigated conditions, Kruso White has proven suitable for winter and spring-autumn sowing, has wide adaptability, good yield and high seed quality.

An agronomic package including weed control options, best management practice, improved techniques of seed processing and the economics of quinoa production has also been developed as part of the project outcomes.

Dr Harmohinder Dhammu, research scientist at DPIRD and principal investigator of the quinoa project, said the average yield of Kruso White across 15 good trials at a national level was 1.5t/ha, with a yield range of 0.5-3.1t/ha. Gross margins of Kruso White production were found to be double that of wheat and canola under rainfed conditions at Geraldton WA, assuming quinoa yield of just 1t/ha.

Rich in proteins and essential amino acids, quinoa is well deserving of its reputation as a “superfood”, and even offers a gluten free substitute for other cereals. Its wide availability and the varied uses of the seeds for consumption has led to an increase in demand for quinoa worldwide.

The launch of the Kruso White quinoa is an example of successful collaboration directing investment and research into a niche agricultural market with potential for expansion.