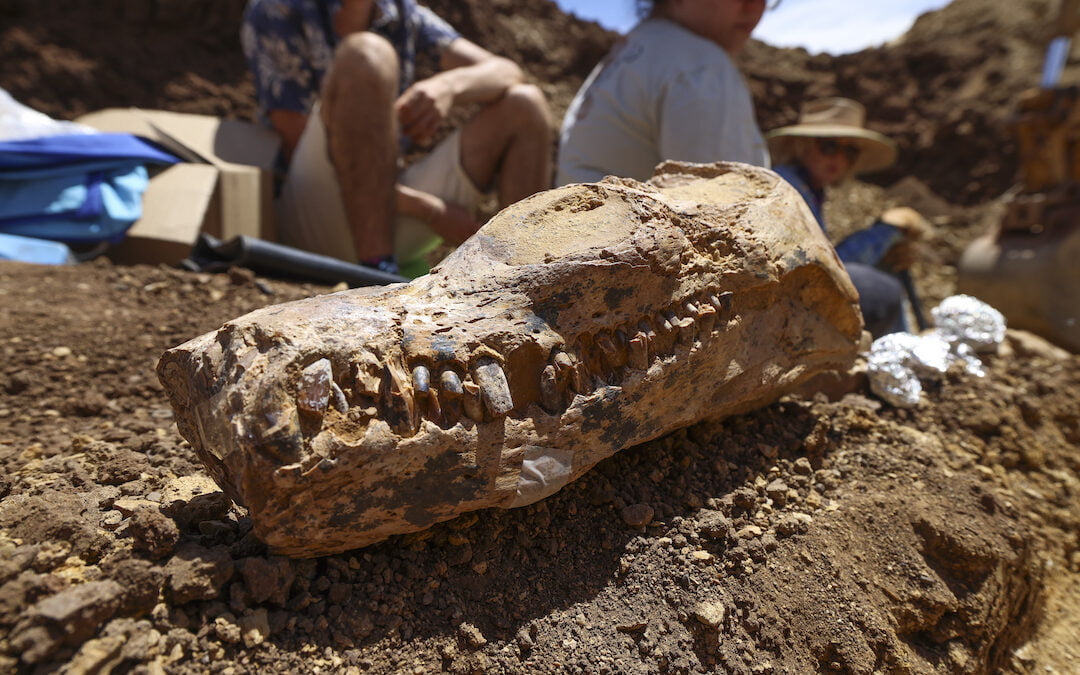 In western Queensland, near the remote town of McKinlay, a group of amateur female palaeontologists (known as the “Rock Chicks”) unearthed a rare 100 million-year-old fossil of an ancient dinosaur.

The plesiosaur fossil, known as an elasmosaur, was complete with the head and body of a marine-like animal, featuring flippers resembling those of a turtle and a long neck like a giraffe. It measured around six metres in length and was not fully grown at the time of its death. 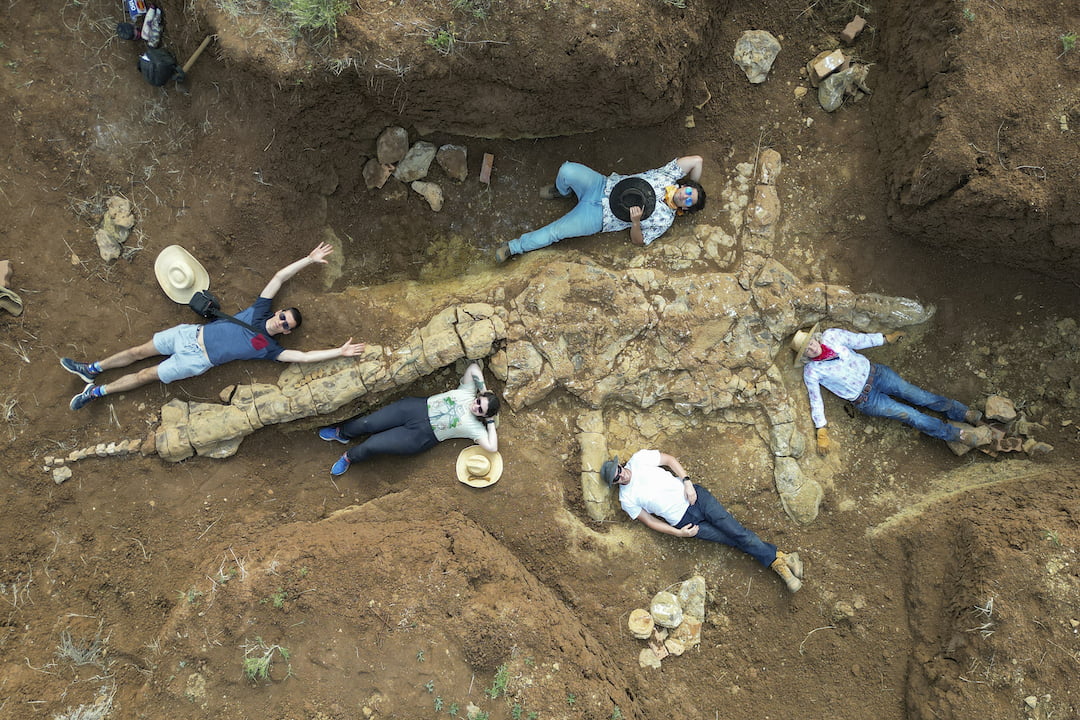 Paleontologists at the dig site of the dinosaur discovery, demonstrating the fossil’s size. Image: Queensland Museum.

Leading up to the discovery, Cassandra Prince and her Rock Chick crew had already found another plesiosaur fossil, among other significant findings. This fossil – which had been kept a secret until now – is extremely rare, according to Dr Espen Knutsen, the senior curator of palaeontology at the Queensland Museum.

The museum already houses the skull of an elasmosaur in its collection as well as various fossils of bodies. This was the first time in Australian history that the head and body of an elasmosaur skull had been found in one piece. 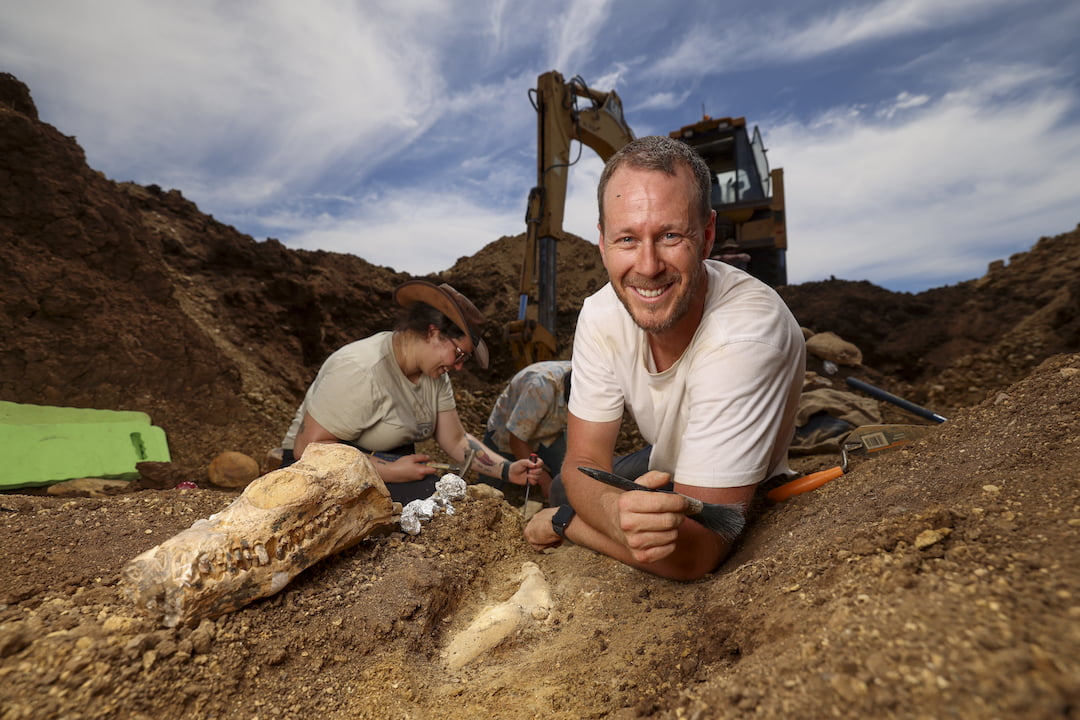 This is because when an elasmosaur died, its decomposing body would fill with gas, making it rise to the surface of the water and float at the mercy of tides and scavengers. As a result of a metre-long gap between the head and body, the body parts rarely sank to the same place as the skull once the gas subsided.

This particular elasmosaur had its skull, neck and half of its body all preserved in the same location, with the back half of its body missing. Knutsen suggested that the dinosaur may have been ‘bitten in half’ by the apex predator of its day, the kronosaur. 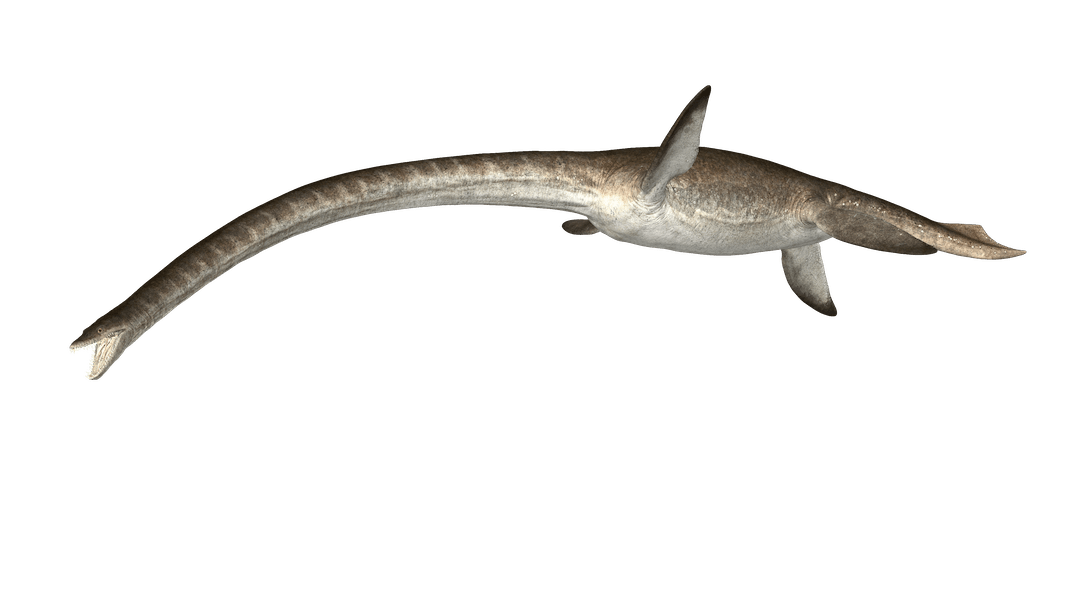 Computer model of the elasmosaur as it would have appeared. Image: Queensland Museum.

Palaeontologists are hoping that their initial theories will help them unravel the full story of this unique fossil in the coming years. Palaeontologists believe that the fossil could also help them discover several distinct species of prehistoric marine giants and fill knowledge gaps in their collection of incomplete plesiosaur specimens.

“Putting all these pieces together tells a really fantastic story of how the Earth has evolved. That gives us a lot of ability to understand the biodynamics of these types of animals, how they move, what sort of environments they need to be in and how a skeleton is put together,” said Dr. Knutsen about the dinosaur discovery.

The fossil will continue to be analysed at Townsville’s Museum of Tropical Queensland.

For more on science news in Australia, check out the launch of a new space education program.