Scoop a Poop to save our native wildlife (and us!) 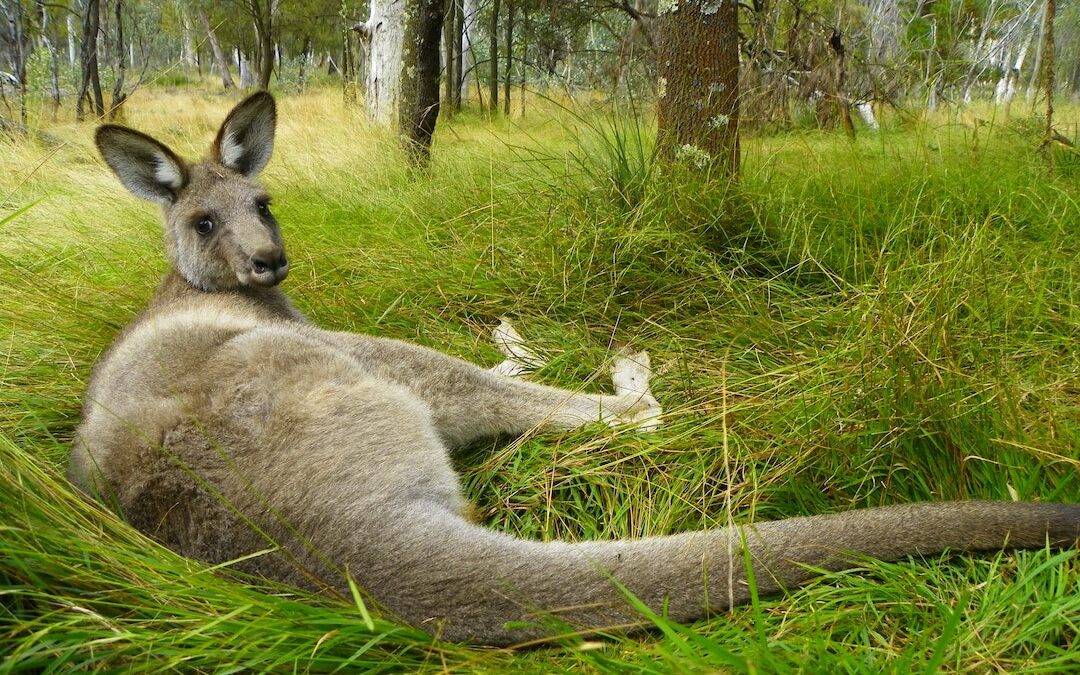 Over the last three years, Associate Professor Michelle Power from Macquarie University has been asking everyday citizens to help save our native wildlife by collecting samples across the country. Poo samples, that is.

A three-year citizen science project has revealed widespread antibiotic resistance among Australian native animals, flagging the potential for risks for public health and also the health of our iconic wildlife.

As part of the Inspiring Australia-funded Scoop a Poop project led by Michelle Power, an Associate Professor in Macquarie’s Department of Biological Sciences, volunteers from schools and community groups around Australia collected almost 800 samples of wildlife droppings. Most were from brushtail possums with smaller numbers from agile wallabies, kangaroos and ringtail possums.

“Without the help of citizen scientists, it would have been a very tall order to collect samples from so many species, cities and towns,” Power says.

Soberingly, close to half of the samples carried class 1 integrons, genetic mechanisms that enable bacteria to stockpile and express new genes and which are central in the worldwide problem of antibiotic resistance – considered by the UN  to be one of the most important emerging health threats.

Power’s team had expected to find the class 1 integrons in 10-20 per cent of free-range wildlife so the result nearer to 50 per cent was staggering. Some samples even revealed an emerging class 1 integron variant, originally described from pigs in Australia, was present in wildlife.

“I don’t think there’s been an animal that we have examined where we haven’t found evidence of antibiotic resistant bacteria in their microbiomes,” Power says.

Power of the people

Scoop a Poop harnessed the collecting power of school and community groups, as well as involving them in the science of analysing the samples.

Power also worked with undergraduate students over the course of the project.

“Engineering students were involved in developing prototype kits volunteers could use for collecting poo samples from their local area and conservation and medical science students processed samples in prac classes,” says Power.

Some students also contributed to workshops gaining valuable work integrated learning as part of their study and also citizen science.

“The citizen science process requires mechanisms to ensure robustness in the science and data,” says Power. Workshops covering participation in the project and correct methods for collecting samples were run through partnerships with 25 schools and Macquarie’s Junior Science Academy, and wildlife care groups including WIRES and Wildlife Victoria, local councils and Taronga Zoo that the team established. More than 3000 people participated in workshops.

When there was interest from areas where possums are rare – like Cairns and Dubbo – Power and her team adapted the project to include macropod samples, so all schools that wanted to be involved could participate.

After the kits were returned to schools, they went for lab testing. Once testing was complete, students could check the results from their sample(s) in the Scoop a Poop app. And every year a group of students selected from among all participating schools, were part of a ‘University for a Day’ program where they learned how to extract DNA from possum samples and test it for antibiotic resistant genes.

Power was delighted to see the enthusiasm for microbiology stuck for some participants, when a new student on campus told her, “I was at your lecture, but I met you years ago through the Scoop-a-Poop program”.

It’s in the water

As the COVID-19 pandemic has made abundantly clear, diseases can move from wildlife to humans, particularly if the two live in close proximity. According to the WHO, about 60 per cent of emerging diseases reported every year are naturally transmitted between humans and non-human vertebrates.

Power’s research focuses on how it also happens the other way around, termed reverse zoonoses – where pathogens are passed from people to animals. That antibiotic resistance is so widespread in wildlife species around the world is evidence of this.

“You have organisms moving from us, to animals, and then potentially back to us again. At the moment it’s hard to track the direction given the widespread pollution of the environment with resistant bacteria. But what we do know is that humans are solely responsible for driving the emergence of antibiotic resistance.

The available evidence suggests that water is the main means of transfer. Bacteria harbouring class 1 integrons have been found in many wild animals from aquatic environments, including sea lion, penguin, gull, flamingo and otter species.

The Scoop-a-Poop study has revealed new questions critical for tackling resistance and more poop samples are needed from individual animals.

“The work of the citizen scientists will make an ongoing contribution to science – thanks to them, we now have a DNA library and faecal sample repository that can be used for further research projects.”

Michelle Power is Associate Professor in the Department of Biological Sciences. This article was written by Virginia Tressider and was originally published on The Lighthouse, Macquarie University’s online hub for sharing groundbreaking research, innovation and findings. You can read the original article here.