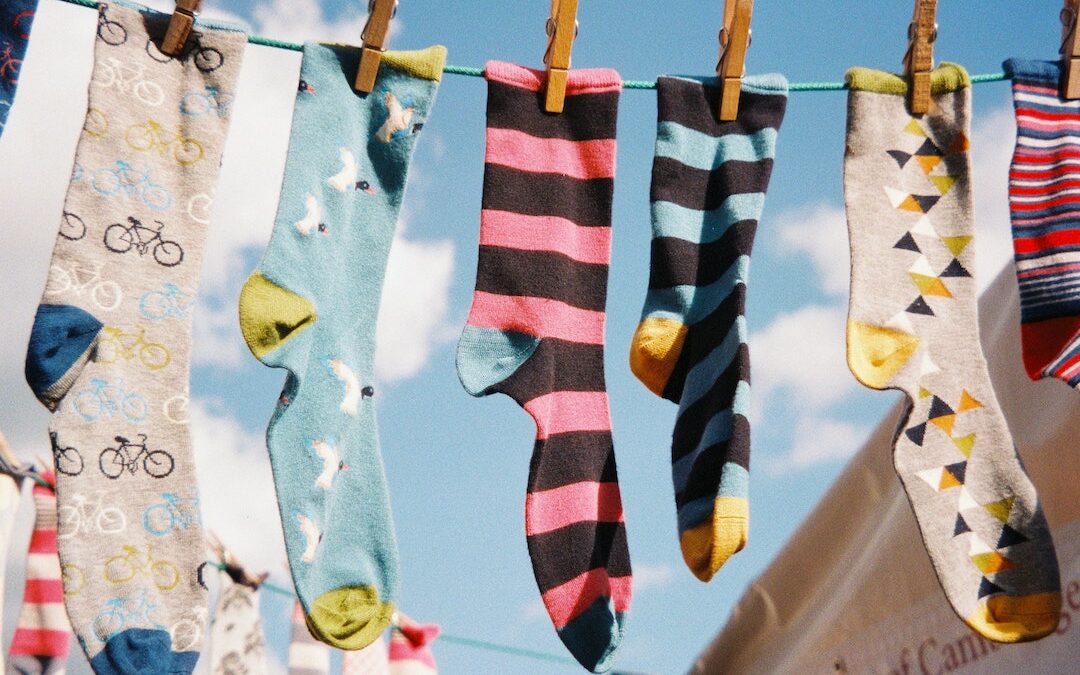 At merely eight years old, Benjy Orwin started a sock charity. His mission was simple – help others. Benjy could never have imagined how big of an impact he would soon make.

Collecting socks and donating them to those in need is continually one of the greatest highlights in Benjy’s life. Benjy felt that socks are a staple clothing item and that everyone should have access to warm clothing, especially during cold winter nights. And so Socks 4 Support was started and young Benjy has been admired throughout media outlets the country over, for his big heart and impact on others.

Where and when did Socks 4 Support start?

I was walking home on a cold Friday night wearing a beanie and jacket and I was freezing. I thought to myself, how are the people who don’t have warm clothes feeling? You see, my family and I were huddled in our woolly jackets and beanies, trying to keep warm. I asked my parents why. They told me, It’s sad because these people are freezing outside and there aren’t many people who try and help them. When I heard this, I had decided that I wanted to help those people. I decided to collect socks because I felt that they are a really important item of clothing. However, not many people think socks are important enough to donate.

What sort of socks do you accept as donations?

Where should people go if they want to donate?

People can email me at donateyoursocks@gmail.com where I can tell them where to send the socks. I also have a box at David Southwick’s office. People can also follow me on my Instagram page and see what I do with the socks. I want to start up my Socks 4 Support website but I haven’t made it yet.

What’s your favourite pair of socks that you own?

I think my favourite pair that I own is a greyish pair of socks with blue stripes. I don’t exactly know anything else about them other than they’re warm and comfy to wear.

Eight years of age is so young to start a charity, did you ever have any doubt about whether you could do it?

I could tell that people were doubtful about Socks 4 Support. When I held my first talk at the school assembly I announced that I had a goal of 5000 pairs. At the time, I had a collection of 21 pairs. I was determined to prove everyone wrong. By the end of that year, I had collected over 5026 pairs of socks, and right now I am sitting on around 23 to 24,000 pairs of socks over three and a half years.

What have been some lessons you’ve learnt along the way?

I’ve learnt that you can accomplish anything when you set your mind on something. When I started Socks 4 Support, I had no idea that I would ever be able to get onto things like the radio or the TV. I think another important thing I’ve learnt is that you have to dedicate yourself to your charity or project, as you’ll never get anywhere if you don’t put in the time and effort. And one last thing, age does not make a difference to success, only hard work has that kind of important impact.

What was the moment that you knew you were making a real difference in people’s lives?

I realised the full extent of what I was doing when people started asking me for socks, rather than me contacting them. It was at this moment I realised it was something people needed, instead of simply a project I was doing to help out. Also, when I was 9 years old I was lucky to go into a Shantytown in South Africa and deliver socks to really poor adults and children in person. Seeing their appreciation made me even more determined to keep on collecting socks for as long as I can. The feeling of making other people happy when I give them socks is the best feeling ever.

When you finish school, what can you see yourself doing both personally and with Socks 4 Support?

I haven’t thought about what I want to do with Socks 4 Support as I grow up. I’ll probably keep on doing whatever I can to help those in need. Job wise, I’ve always wanted to be an Archaeologist. Who knows, maybe I’ll find some old pairs of socks in some Egyptian tomb somewhere!

What’s the next big move for Socks 4 Support?

I have been planning to do a small event with my school where we will be packing around 1000 pairs of socks for the festive season! Next year, I also hope to use some of the money that I won from the Edstart Achievement Award to travel interstate and overseas and spread the word about Socks 4 Support. The more people that know about it, the more people can donate and the more people I can help. I would love to get on a talk show and bring my charity to the attention of others on a more global level.

Where do you think the love for helping others came from?

My grandparents are heavily involved in charity work. My grandmother was the one who took me to a shantytown in South Africa to donate with another organisation! I think that I inherited the love and drive to help others from all of them.

How did you feel about the response you received from the Queen and Buckingham Palace?

I was shocked and excited to receive two letters from the royal family. One was from Buckingham Palace and the other from Kensington Palace. Even though neither of them could help me because of their policy not to endorse individual projects, it was still incredible to receive a reply in the first place!

How did Socks 4 Support partner with Soxy Beast?

In my first year of Socks 4 Support, I spoke to a couple of radio stations. While guest speaking, a man named Giuliano contacted me. He asked if he could donate socks and give me a tour of his sock company – I was amazed to be contacted by a sock manufacturer. At the time, no one had heard of me or Socks 4 Support outside of my school. Giuliano from SoxyBeast held a factory tour where I learnt how socks are made. Giuliano then donated a box of 500 pairs, it was delightful and we now stay in touch. Since the tour, he’s been really helpful in donating socks every year. Giuliano at SoxyBeast has been amazing in supporting me.

What’s your opinion on where the world is headed?

Honestly, I don’t know. I believe that my generation has a big responsibility to change what we are doing in regards to climate change. We have to listen to what those in the know are telling us and do what we can to prevent further damage to our planet.  In regards to Covid, I think that it should start to disappear once everyone gets vaccinated. We are lucky to have incredible developments in medicine that has allowed for a vaccine to be available relatively early on as opposed to pandemics that happened hundreds of years ago.

If you enjoyed this story, read our other stories at Young Voices.