This Aussie farm’s success is driving everyone nuts 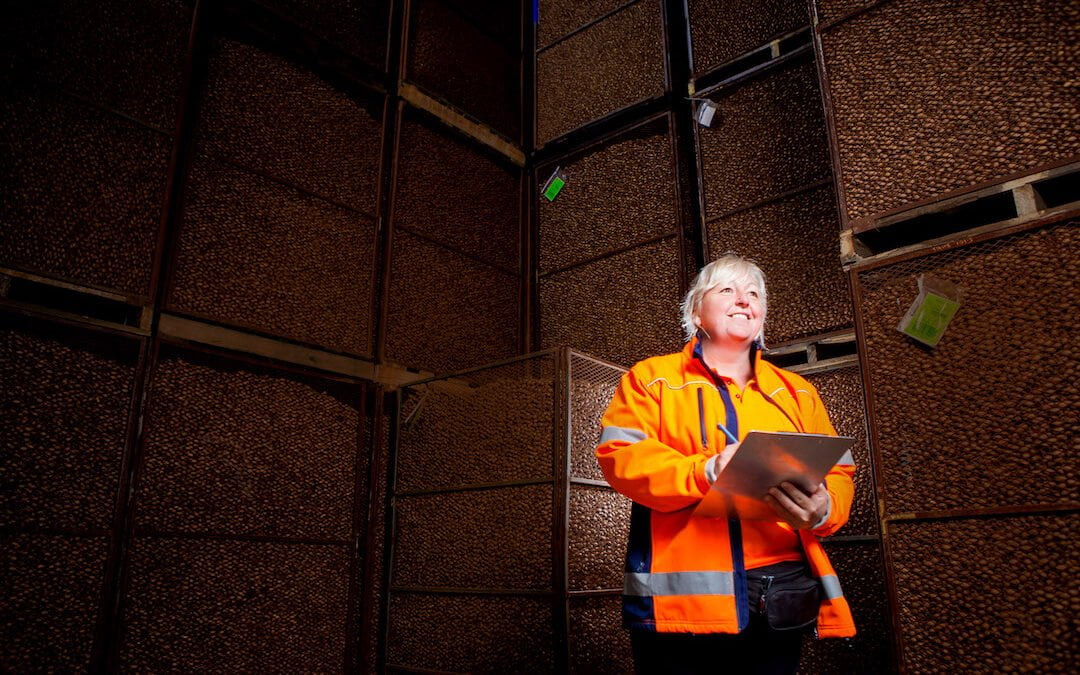 We go behind the scenes at Stahmann Farms to see what makes this Australian operation that has been in business for 50 years, such an ongoing success story.

In the United States, in certain circles at least, the Australian town of Moree is spoken of with great reverence. On any conference chart, every industry paper, it is a compulsory inclusion – if you’re an American nut farmer. Same for the South Africans. For many of us, it may exist as a mid-sized dot on a map in the northern plains of New South Wales, in the heart of the wheatbelt, but for the global nut industry, it is nothing less than a benchmark of near-perfection.

It wasn’t always this way, explains Ross Burling, CEO and director of the Stahmann Farms nut company in Australia, and a man who is obviously, passionately nuts about nuts. “After a first planting in Gatton in Queensland, Dean Stahmann founded the very first pecan farm in Moree in 1967, and had 68,000 pecan trees planted in 1971 because he knew that Moree is actually possibly the best spot in the world to grow a pecan – except maybe one place in South Africa,” Burling concedes. “But yes, when you go to a conference in the US, you’ll see Moree up there on the screen next to Texas, et cetera, as a positive benchmark. And everyone knows Stahmann because of that.”

It’s this savvy dedication to ideally matching crop to location that has stood Stahmann in a strong position to diversify, which is exactly what it’s done now as it branches out – so to speak – into macadamias.

“We bought our first macadamia farm this time a year ago, after we looked at all the areas you could possibly grow them globally. We considered Bundaberg in Queensland to be the best location. The climate looks ideal for macadamias, but it’s also well supported by people, by industry – everything is right there,” says Burling. “Our pecan trees are now 47 years old, and we’ve learned that the first thing you need to get right is this: you only plant a tree once in its life, so you need to plant as well as you can. You have to get the climate right and the varietal right, so we put a lot of work into that.”

So why macadamias? After all, pecans have been wonderfully successful for Stahmann Farms over the years. There are 660 hectares planted at the Moree farm right now, according to Burling, and that is set to more than double to over 1400 hectares by the end of August this year. The Moree crops provide Australia with 85% of its pecans; once expansion is complete, this looks to increase to 96% – almost complete domination.

“Interestingly enough, our factory in Toowoomba started processing macadamias in 1994. We had this great big processing facility to process pecans six months of the year, and then we used to stop work for six months,” says Burling. We were looking for another product to fill those six months.”

Of course, it never quite works like that, as Burling knew. “Easter and Christmas are still on the same days, peak selling time for the two nuts is the same, so it isn’t quite as simple as that.

“But look at almonds and walnuts; they’re the behemoths. The glamorous ones,” he explains. “Pecans and macadamias are the honest nuts. They work together synergistically since they’re both the least known nuts on the global market.”

That’s changing rapidly though. In the 20-something years that Stahmann Farms have been involved with macadamias particularly, its people have seen the stereotype of macadamias evolve well beyond the once comparatively ‘unknown’ nut. It’s a comfortable expansion for a company that only numbers perhaps 220 people on the payroll in its busiest times.

“We’ve grown the business for security, not just for our shareholders but for our people,” says Burling. “A number of our staff reached their 40th anniversary working for us last year – that’s most of their life, spent with us. We all have a shareholding in this business; it’s just that for some, it’s more personal than others.”

The Strahmann legacy lives on

Although Dean Stahmann passed away in 2014, there is a clear continuing thread in the company culture that is based on his philosophies as he steered the business through earlier decades.

“He was always a very strategic thinker,” Burling says. “He had a wonderful vision, and that’s why we look so good on paper. He always said you should maximise your unfair advantage, your point of difference. So that’s what we try and do.”

For Stahmann Farms, that may well describe their early adoption of vertical integration, or as Burling prefers to call it, value streams: simply put, performing all stages of the process from farming, through to processing and packaging. “We know from pecan farming that sometimes you make more money being the farmer, sometimes more as the processor or seller,” says Burling.

“Being fully vertically integrated means you can maximise production at every step of the stream, so you can build a more confident supply chain and schedule with retailers with more confidence as a result. The marketer can talk to the farmer, every step of the process is in touch with every other one, and that maximises consumer satisfaction.”

“Everyone is getting excited about ‘paddock to plate’,” says Burling, “but you’ve got to live it and practise it, otherwise it’s no different from going to a farmer, getting his product and putting it in a packet. And most of the people that work here still get excited about nuts – so that’s not a bad recipe for success either.”