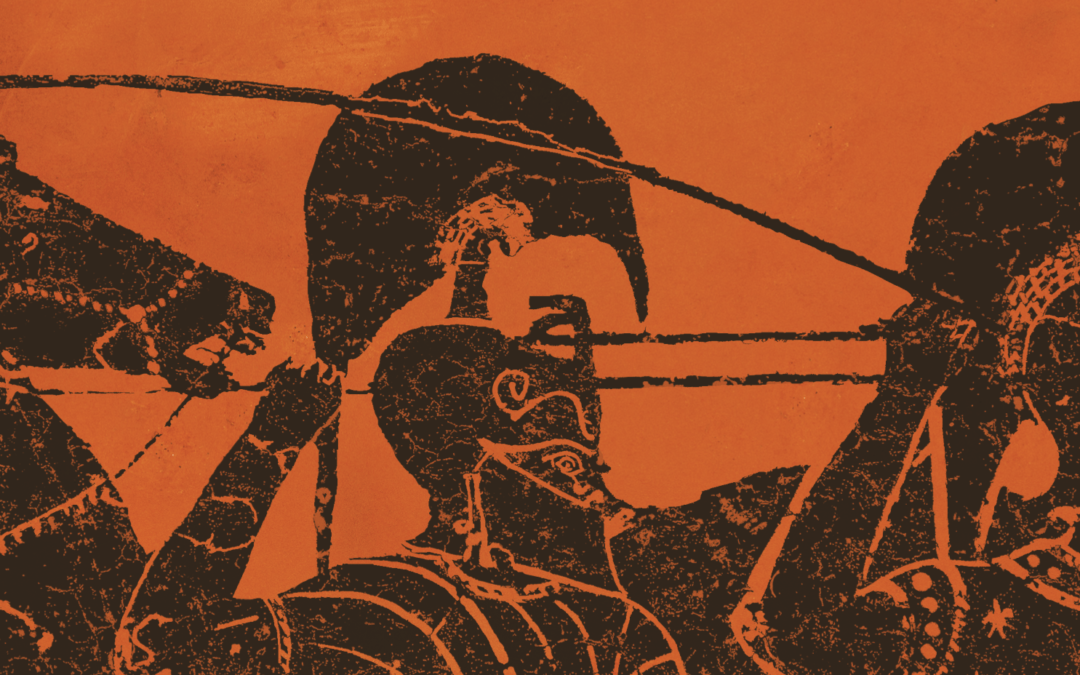 Currently on display at the National Museum of Australia (NMA) in Canberra, more than 170 Ancient Greek treasures from the British Museum have come together to form a captivating exhibition celebrating competition.

After years in the making, Ancient Greeks: Athletes, Warriors and Heroes is open at the National Museum of Australia in Canberra. The exhibition features many artefacts that have never before toured the Southern Hemisphere.

Dr Lily Withycombe, a curator at the National Museum, said, “There was an intense sense of competition as death was always around the corner for the ancient Greeks. They lived life with a heightened sense of mortality and they put their faith into the external forces of the gods.”

Relocating the precious items from London to Canberra – the only east coast venue for the exhibition – was no easy task.

“For the general public, it’s definitely an invisible part of the process and there are a lot of logistics to manage,” said Dr Withycombe.

“First, durable objects are selected to create a robust and original object list. The objects all vary from huge to tiny. There are two teams – one in Canberra and another in London. Objects travel from overseas with specialist object handlers. The conditions are tightly controlled and checked at various points along the way.”

The exhibition’s oldest artefact on display is a set of arrowheads from 800BCE, which were made as a gift to the gods. The youngest item was created around 200CE and is a piece of jewellery which you can view here.

“Another interesting item is a peace treaty between two different Greek states. Often wars were cancelled so the Greeks could attend sporting matches,” said Dr Withycombe.

Panathenaic amphorae were given out during the Panathenaic Games, where they carried sacred oil or wine. One side of the vase above pictures the act of competition for which the athlete is being celebrated (for example, long distance running, chariot racing, or boxing) and the other side pictures the patron deity of Athens Athena – the only Greek woman to ever wear armour in the Greek world.

The National Museum was able to negotiate the inclusion of two additional, exceptional objects, including one exquisite and famous amphora. Its artist – Exekias – established a workshop for the production of Attic black figure but only 12 vases of his remain. “We know this because he signed his pieces with the signature, ‘Exekias made me’ or ‘Exekias made and painted me’, Dr Withycombe said.

Featured on the amphora is Penthesilea, Queen of the legendary Amazons, who were rumoured to have cut off one of their breasts to better serve their archery – the opposite of the ideal Greek woman.

“The artwork on the Amphora depicts Achilles meeting her on the battlefield with a spear to the throat with their eyes interlocking in an act of falling in love. It represents violence, war, love and loss. It’s by far my favourite piece,” said Dr Withycombe.

Ancient history in a modern world

Competition from the Ancient Greek world plays influence over modern day society through contemporary events such as the Olympic Games.

“Module one of the exhibition is all about Nike, the victory goddess who really embodied the spirit of competition. She featured on the beautiful Tokyo 2021 Olympic medals.

“She is often pictured with a red ribbon and only celebrates the champions who are noble hearted and overall, good people,” said Dr Withycombe.

Other recognisable names that form a part of this remarkable exhibition are Hercules, Achilles and the Trojans.

The Ancient Greeks collectively strived for excellence and according to Dr Withycombe, Greece is an exquisitely beautiful part of the world. “The landscape and topography of Greece almost makes you half believe the mythology,” she said.

Tickets to the event can be found at nma.gov.au