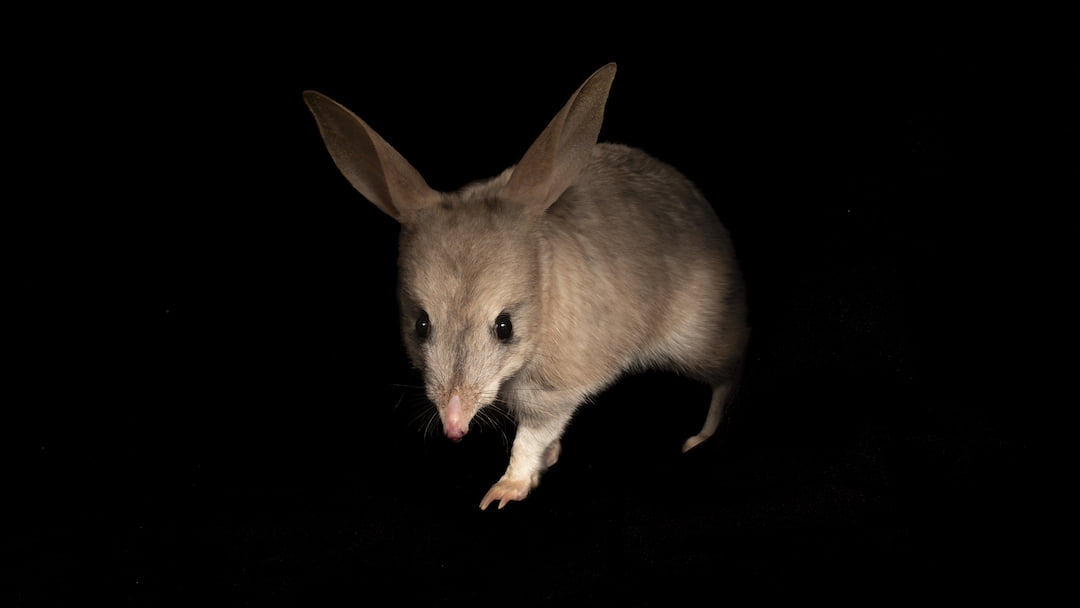 Save the Bilby Fund is a national charity which was launched on 28 March 1999.

By breeding and releasing captive bilbies to a sanctuary that is safe from predators, the aim is to grow the population to 10,000 bilbies in Australia by 2030.

Delicately soft and silky fur with elongated ears, the bilby is one of Australia’s most iconic native animals. Save the Bilby Fund in Charleville, Queensland is working hard to protect and save the bilby from extinction and recently – two babies have emerged from the pouch.

Sara Mansfield from Save the Bilby Fund (STBF) explained you don’t see the babies until they’re around three months old when they begin to ween off the mother’s milk and emerge from the pouch.

“Bilbies have the second shortest pregnancy of any living mammal. The gestation period is only around 12 to 14 days. They have strong back legs when they’re born, and they climb to the backwards-facing pouch where they stay for three months. They ween off mum for 10 to 14 days, and during that time she’s likely to fall pregnant again!”

Sara says, “We don’t just let them breed willy-nilly, we are cognisant of the genetics and adhere to a specific genetic management plan when playing cupid.” Captive bilbies can breed all year round, and in a good year can have pouch young four to five times a year.

We know that Ruby has two pouch young, although we haven’t seen them as they’re only jellybeans right now. We think they may be out in time for Christmas.”

Two of the newest members who have emerged from the burrows at the Charleville Bilby Experience are named – Wally and Craig. The team at STBF named them in honour of the incredible donors they rely on as a national charity.

For the first time this year, Charleville Bilby Experience will remain open over the summer school holidays so visitors can see Wally and Craig. Visitors will need to book online and beware; it will be hot.

Sara said, “It was really important to the town and Murweh Shire for the experience to remain open, to continue raising funds and insuring bilbies from extinction (which is the bare minimum we can do). Initially, we released 36 bilbies into the 25-kilometre squared enclosure and now there’s over 200 where they ‘get it on’ at their own time and pace.”

Behind the scenes of conservation

Major upgrades to the breeding facilities are helping solidify the insurance populations of bilbies across Australia. Bilby habitat originally covered around 80 per cent of the Australian landscape, now it covers less than ten.

One of the goals of the fund is to research and identify as many wild bilby populations as possible. Kevin Bradley is CEO and Chair of the Greater Bilby Recovery Team who are conducting research in the field, spotting bilby markings from planes – yes, you read correctly.

Sara said, “Establishing research projects is incredibly difficult. I don’t know about you, but I don’t know many people who could spot a bilby burrow out of an aeroplane, but somehow, we pulled it off. The flying is over and now it’s the groundwork with the scientists.”

Before European settlement, the bilby lived across more than half of Australia, from Perth to Adelaide and up to Broome. Now, they’re only found in the remote regions of Western Queensland, the Northern Territory and Western Australia. Agriculture, fire and the introduction of invasive predators has had a dire impact on the bilby population.

Bilbies like to keep it cool during the day and forage for food at night. They play a vital role in soil and vegetation regeneration in Australia’s arid region by constantly turning over the soil while they dig which brings nutrients to surface levels. Their burrows can reach up to three metres long and two metres deep where other living creatures find shelter as well.

The Charleville Bilby Experience is open for the 2021 tourist season, where the Save the Bilby Fund have been working tirelessly to maximise the breeding of these adorable little creatures – producing over 50 babies in the last few years and ensuring this wonderful Australian icon isn’t lost forever.