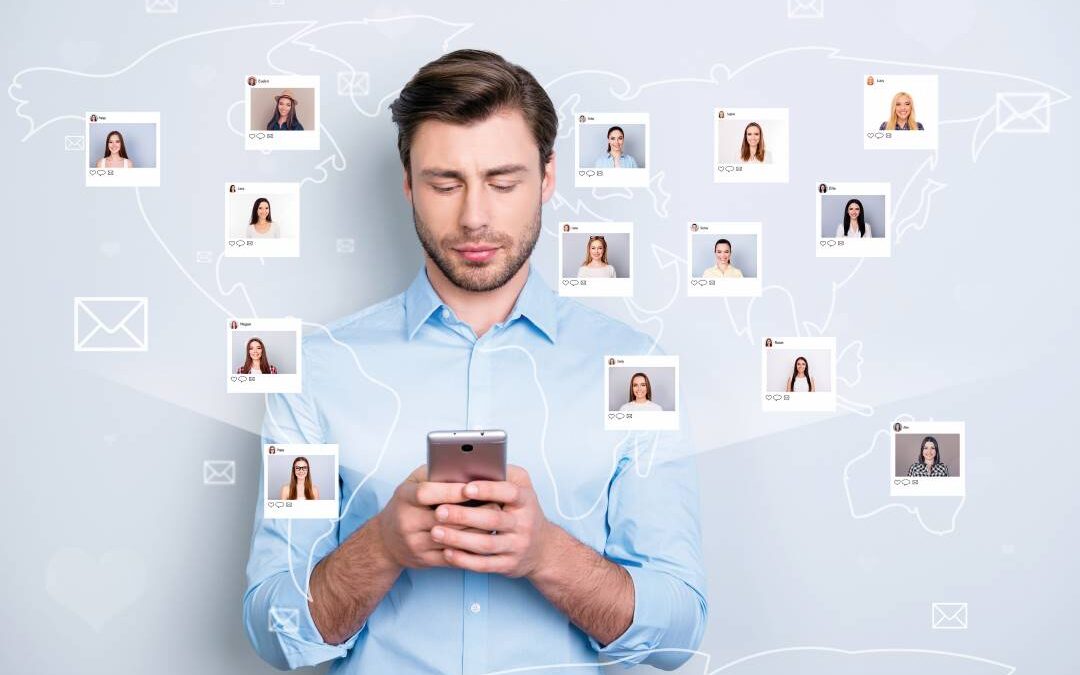 Despite what your lonely heart tells you, romance isn’t dead. It’s just digital.

They offer the potential to meet Mr or Mrs Right without having to get off the sofa and are fuelling a business that’s estimated to reach US$12 billion this year. But how are dating apps working for us when it comes to the search for love?

If you’re one of the (many) newly single Australians out there gearing up to get back on the dating wagon, chances are you won’t be wrangling your besties together for a night on the tiles in the hopes of bumping into a potential partner. Nope, in today’s smartphone age, if you want to meet your match, all you need to do is swipe.

While yesteryear’s internet dating carried a raft of negative connotations – from cat ladies to catfishing – the next generation of e-dating is as cool as it gets. Fuelled by hipster millennials, according to new research, more than 25 million people worldwide are finding love via their phones.

The dirty on dating app data

“It may once have had a stigma attached,” says couples and singles counsellor Melissa Ferrari. “But with more than 4.5 million Aussies using them now, it really is the new normal.”

It may feel like geolocation dating apps have always been around, but they’ve actually only been in wide use for the past decade. Though originating in the gay community with 2009’s Grindr, it was the 2012 launch of Tinder that changed the game. In three short years, the app was registering a billion swipes daily (left for ‘no’, right for ‘yes’), and last year it topped Apple’s highest-grossing app chart, beating Netflix to become the highest-earning non-game app in the entire world. In fact, the dating app industry as a whole is worth a staggering estimated US$12 billion. And given its cash-cow status, an A to Z of apps launched in Tinder’s wake, hoping to emulate its meteoric success.

While each app spruiks a slightly different selling point, targeting a slightly different demographic, most are owned by the same handful of conglomerates. The biggest being Match Group (which boasts more than 45 dating services, including Tinder, Match.com, Hinge and OKCupid) and MagicLab, which owns the female-focused Bumble, among others.

“Since launching in 2014, Bumble has amassed over 80 million users in more than 150 countries,” says the company’s Australia Country Lead, Lucille McCart. “This has led to over 1.4 billion women-led first moves and over four billion messages sent worldwide. We have three million registered users in Australia, which is very impressive given the size of the market.”

Knowing there’s big bucks to be made in this primal urge to connect, both industry giants have created spin-off businesses. Bumble have launched Bumble BFF – a mode within the app dedicated to friend-finding, and Bumble Bizz – dedicated to professional networking. In addition, micro-companies cater to specific demands. For example, Aussie start-up Matchsmith offers packages for time-poor swipers that include a ‘profile polish’ and ‘matching strategy assistance’.

Too many fish in the sea

Dating apps have undeniably changed the way we meet people forever. But as more and more of us ditch the concept of real-life encounters through friends, or meeting at a bar, to date almost solely via apps, what are the consequences? They may be the new normal, but given apps’ relative newness, the psychological implications of long-term use are only just starting to be assessed.

“Dating at your fingertips is powerful and addictive,” says Melissa. “With every ‘match’ you can experience the ‘feel good’ hormones in your brain as oxytocin and the neurotransmitter dopamine are released. The danger is that this constant seeking of a new buzz can easily negatively impact the relationships that you form. You may find yourself quickly losing interest in people you meet as you are always seeking something new.”

Presented with a smorgasbord of seemingly never-ending options – at your fingertips – creates choice and more choice is good, right? Well, not always. “The paradox is that choice can actually end up hindering our ability to make a choice,” explains relationship coach Louanne Ward. “We end up fearing we may get it wrong, or there could be something better. There are many scientific studies which show that more choice increases anxiety.”

Then there’s the relative anonymity that a device holds; a downside of virtual connections is the bad behaviour they can induce. Ghosting, benching, zombieing… dating apps have created a glossary of new terms, and most of them are bad.

“One of the most concerning by-products of dating apps is they have created a whole set of poor behaviours in which the user is unaccountable for their actions,” continues Louanne. “It has become part of the dating culture to ghost people, date multiple people at the same time and generally be non-committal.”

Just as we’re witnessing widespread reports of addiction to social media, the dependency on our devices is spilling over into the time we spend on dating apps. For example, the average Tinder user spends 90 minutes every day on the app; more time than we spend exercising or eating.

“We are seeing a range of negative effects with people who find themselves addicted to dating apps,” says psychotherapist and relationship counsellor Dan Auerbach. “They’re highly addictive because our minds are naturally reward-seeking. In this case that reward is a profile picture which we find exciting or stimulating. And in the online dating space, we never know when that next reward will come. That sort of random reinforcement triggers strong compulsivity. It’s a phenomenon we see in gambling addiction, too.”
While it may seem like it’s all doom and gloom, it’s not. Used correctly – and in moderation – dating apps can lead to genuine, long-term relationships.

“On the flipside, these platforms can reduce isolation,” explains Dan. “And I think we all know of great relationships that would never have happened were it not for dating apps.”
Melissa agrees: “Out of the millions of people who have met online, research is telling us that there has been vetting at the beginning, uncovering ‘deal-breakers’ early on. If you look for a genuine connection, online dating can work for you.”

As smartphones infiltrate even further into our day-to-day lives, it’s highly unlikely we’ll see a return to more ‘traditional’ dating; especially not when matching with a potential partner is as easy as ordering Uber Eats. But while the matching process is easy, finding actual rom-com-esque love in the digital age certainly isn’t. It’s a search filled with both positives and negatives, highs and lows. Make sure to have a game plan in place, know your boundaries and, above all, think before you swipe.

If you’ve emerged from a long-term relationship, Melissa suggests limiting hesitation. “My advice is to not leave it too long. Dive back into the dating scene as quickly as you can.”

While looks are far from everything, in the world of app dating, your initial profile photo is the hook. “Dating isn’t all about looks but there does need to be some kind of mutual attraction. So, just like the rest of your profile, make sure your photo shows you in your best light,” Melissa says.

As hard as it may be, try to let go of your expectations. Instead, go on a date with a ‘what will be will be’ mentality. “Understand the playing field in apps is equal,” explains Louanne. “When you first meet someone, don’t expect special romantic treatment, such as the man paying.”

When it comes to crafting your profile, honesty is always the best policy, says Melissa. “It can be tempting to make you sound more attractive, but this will work against you in the long run.”

As honest as you are with your profile description; be equally candid with your intentions; and be it something more casual or more long-term. “Be up-front about the type of relationship you want,” explains Louanne. “The other person will respect that and you’ll save a lot of time second-guessing.”