Mother truckers | The story of a female truck driver 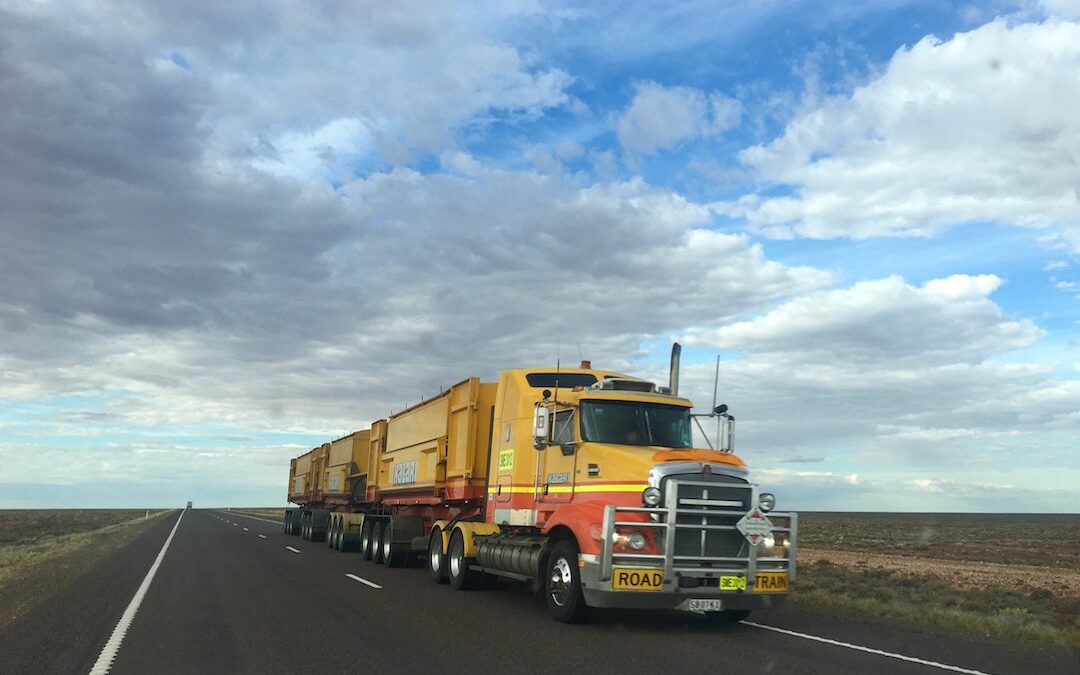 Theresa Scott has been driving trucks of all colours, shapes and sizes for a decade.

Coasting through 18 gears on a road ranger without using the clutch was not where she started, but it’s where she is now, as one of the female truck drivers breaking down barriers and taking the industry by storm.

After years of working FIFO and living in tents, Theresa Scott started applying for jobs as a female truck driver. But it wasn’t an easy road.

“With all my experience from working in the bush, no one would hire me,” Theresa says.

In the end, she accepted an offer from her boyfriend at the time, who was working in transport. They’re now engaged and work a two-up schedule together hauling fresh produce in triple road trains.

“I’ll never forget my first day,” Theresa says. “They chucked the keys at me and told me to have the such-and-such trailer on the Woolworths dock at 9am, and that was it. I’d never backed into a dock, let alone knew how to undo a tautliner. By day three, I was in tears.”

Theresa describes herself as stubborn and independent. She stuck with it, and as the days went by she gradually found her feet. “I used to joke that Perth lived off Harley-Davidsons, TVs, Pottery Barn and Pfizer, as that was all I’d bring over from Sydney,” she recalls.

Female truck drivers make up just 2 per cent of the Australian truck driving workforce. But Theresa says the men who make up the other 98 per cent are encouraging and respectful. “I find that the people who give me grief or make jokes at my expense aren’t actually drivers themselves, but the people on the fringes of transport.”

Among her career highpoints, Theresa recalls when she first drove a line haul solo. “And driving my first quad road train,” she adds.

The biggest truck she has ever driven was a Kenworth T909 tri-drive with Toll belly dumpers carting ammonium nitrate – a solid substance used as agricultural fertiliser.

There’s no doubt being behind the wheel of a vehicle that weighs 130 tonnes is daunting at the best of time. And when you pull into Meekatharra and discover that the whole town has no power, it is downright terrifying. No power means no fuel.

Theresa had just travelled from Cue, a 1.5-hour drive away. “I decided to double back. I did some calculations and figured I’d have enough fuel to make it,” she says. “What I didn’t factor in was the four 8m oversized loads that I would have to pull over and stop for. That really chewed through the fuel. Eventually, I got to the top of the hill in Cue and I could see the fuel station at the bottom. That’s when the truck shut down.”

Theresa asked herself if she should risk it, at 130 tonnes loaded with nitrate. She couldn’t un-hook the trailer as you can’t leave ammonium nitrate unattended: it’s a Class 5.1 oxidising agent under the Australian Dangerous Goods code. She also had no power steering or air compressor to keep the brakes open. “I’ll give it a crack,” she said to herself.

Theresa coasted down and pulled up perfectly right at the pumps. A quick re-fuel, and she was back on track. She remembers the incident with a chuckle, but admits there were too many things that could have gone wrong, and says that next time she’ll be patient and wait.

Theresa has now been all over the country. She’s witnessed electrifying lightning storms in the wet seasons up north, and cruised along miles of endless outback. Her largest trip – which she refers to as the ‘triangle of death’ – is a very tiring six-day trip from Perth to Sydney to Brisbane, and then back again to Perth.

“The industry is changing. This year alone I’ve seen more ladies getting behind the wheel than ever before and I am so proud,” Theresa says. “It’s becoming easier with technology; even social media plays a part in supporting female truck drivers. It’s a truly fantastic industry to be in – you can see the country and be paid for it.”

From driving alone, to driving oversized loads and ugly freight – awkwardly shaped goods that can’t be freighted through regular channels – and everything in between, Theresa has certainly left her P plates behind. She and her partner have just had a baby, and when she returns from maternity leave she hopes to train newly accredited multiple-combination drivers to drive triple road trains.

“There’s a gap in training for these types of rigs and very few female truck drivers are taking up the work. I’d love to be involved in gearing up the next generation,” Theresa says.