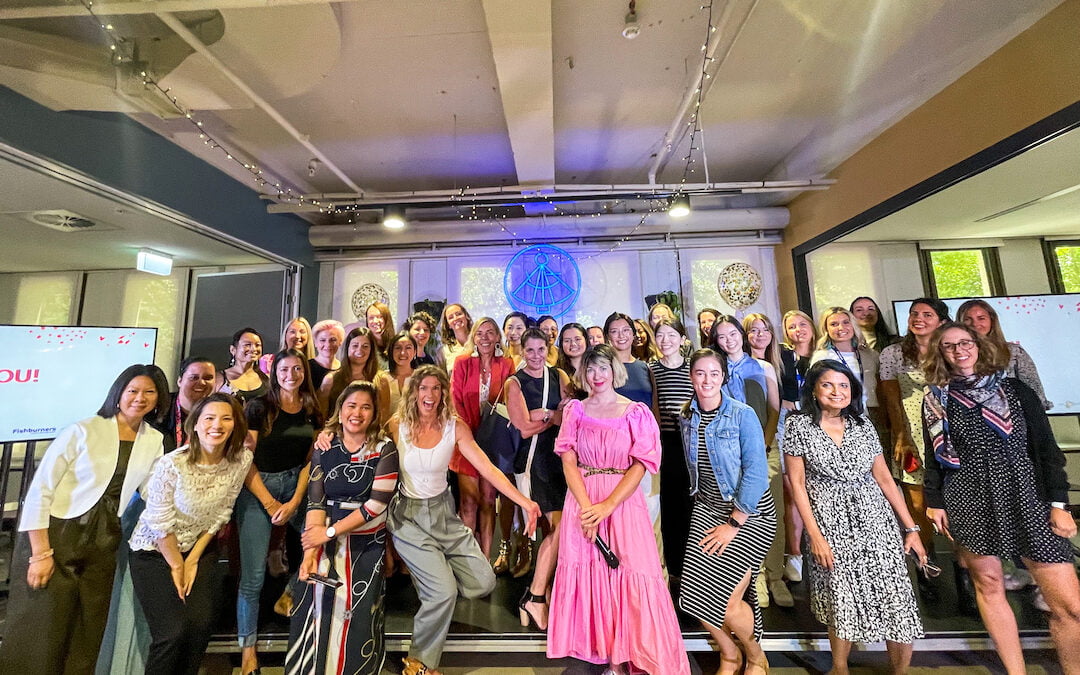 It’s common knowledge that women-led businesses are very much in the minority in Australia, even though more women than ever are taking the leap and “being their own boss.”

The startup sector is still very male-dominated. In October 2020, there were 355,000 registered startups but only 22 per cent are being run by women, pointing to a rise of only three per cent across two decades.

Australia’s biggest startup hub Fishburners has helped more than 3,000 people start a business since 2011, and now it wants everyone to know about the women-led businesses that are thriving. They believe their newly released “Fempowered” book will inspire other women, by giving practical advice and tips about being an entrepreneur – and how your business can grow from just one great idea.

There’s clearly a hunger for such information as the book reached “best seller” status on Amazon just two days after publication.

According to Fishburners CEO Nicole O’Brien, there’s a huge need for encouragement, guidance and inspiration for women-led startups.

“Female Founders have a much bigger role to play in unleashing new ideas, services, products and shaping a world that meets their needs. Fempowered tells the stories of some incredible female founders and our hope is that it will inspire more women and girls to pursue their entrepreneurial dreams as decision-makers, change-makers, leaders and trailblazers,” Nicole says.

“A McKinsey Global Institute study found that advancing women’s equality could add $12 trillion to the global economy by 2025. So we’re here to get more women hired, promoted and invested in, and get more businesses started.”

“It takes a lot to incorporate a startup into a woman’s life, especially if she has a young family, but it can be done. If a startup is something you’re passionate about and you’ve got a good idea, you should just go for it.”

Here are some of the women entrepreneurs featured in Fempowered and their words of wisdom.

“You never know whether a business is going to be viable until you go ahead and do it. Just get started! Everyone says it but just go and do it. Don’t hire a website designer, get on WordPress or Squarespace. You don’t need a co-founder. It’s instilled in us that we need a co-founder because it’s hard. It’s not true! You can do it on your own.”

“You don’t have to be perfect to do it and you don’t have to wait. You don’t have to get an MBA but if you want some help, there’s always a way of going out and finding it. It might be hiring a business coach or asking someone to be your mentor. Go out and experiment.”

“In my corporate career, I didn’t believe in the glass ceiling until I cracked the top of my head on it. Working 100 per cent in a startup has been harder than any corporate job but it has given me purpose because now I work with others to ensure we’re working towards something meaningful every day. My advice – check that your idea is enticing to those who would pay for it and then get the right team together to make it happen.”

“For pitching, plan what to say and how to say it, then speak slowly and with all your passion. Practice, practice, practice and make sure you know the technology you’re using; there’s no point practising with full use of your hands and a lectern and then have to handle a microphone and short cards. Dress for the audience and use clean humour. These little nuggets worked for us and we even won the Fishburners Cleantech pitch night.”

“A person can spend two years sitting in their study trying to plan out what their startup will look like, but they’ll never get anywhere. They need to be out there, selling from day one. Even if everything isn’t perfect, be out there selling.”

“For prospective founders who haven’t settled on a business idea yet, go out and talk to people in industries you care about. Spend ten per cent of your time listening. For those who already have an idea, stop procrastinating and just do it. Stop looking for the ‘why not’ and look for the why.”

“Sometimes the journey can seem overwhelming there is so much to do. Start small, it doesn’t matter what it is, even something simple like posting to a Facebook group. Eventually, it becomes easier to self-motivate.

“Women have a tremendous opportunity to enter the startup market. From a content perspective, I’ve been very successful in my marketing journey. There’s enormous demand for women-orientated content but I don’t think there are enough women’s voices or enough women micro-influencers speaking out.”

“Even though times are tough now around the world there are so many amazing opportunities out there. So why not take the chance to learn, grow and try out something new?”

“Every time I face a fear, the next milestones become less daunting and more achievable. There’s no better time to start than now. It takes courage to create something new like a startup. You’ll never be ready to start, you’ll never be in that perfect place where everything lines up, so just start now!”

You can purchase a copy of Fempowered here.

If you enjoyed this article, read our article on young female farmers.