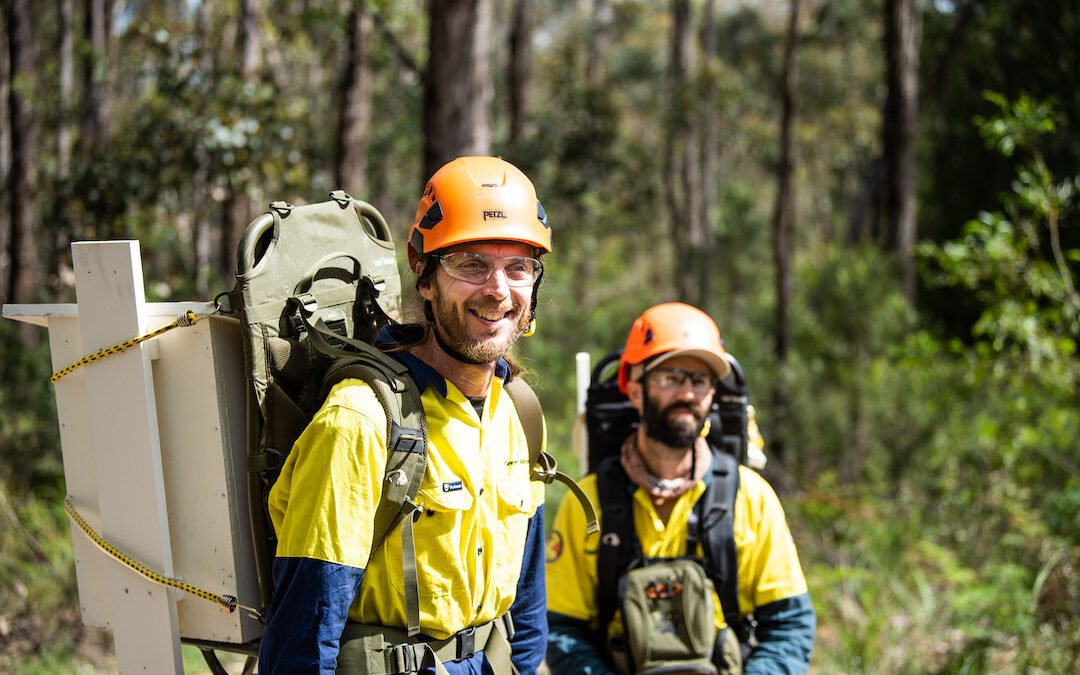 A new project has been initiated to save Australia’s iconic Greater Glider population, which are now vulnerable to extinction following devastating habitat loss from the 2019-2020 Black Summer bushfires.

Populations of the species, unique to eastern Australia, have diminished by 80 per cent over the course of the last 20 years. Greening Australia along with Landcare Victoria will install 300 Glider nest boxes across East Gippsland’s Hartland State Forest. The project aims to enhance population growth and research the little known species.

1. How are the populations measured after events such as the 2019-2020 Black Summer Bushfires?

2. What makes the Greater Glider such a unique animal and why is it so important to protect?

3. What is a conservation intervention?

4. Will cameras be installed within the glider nest boxes to monitor their use?

5. Does their tendency to inhabit small, isolated home ranges also have an impact on genetic diversity?

6. Are there any future plans to develop similar responses in other bushfire affected areas?

7. When was it decided that the ‘Gliding to Recovery’ project was necessary?

8. Besides natural disasters, what are some of the other main threats on this species?

9. So far, what have been the highlights of the project (first-hand accounts of what you have experienced out in the field)?

10. Why are there a lack of naturally formed tree hollows?

11. How are you installing the boxes within the trees?

12. How many people are working on the project in total?

13. How do Greater Gliders contribute to their eco-system?

14. Where do you expect the population to be after a few years of the installation of the boxes?

If you enjoyed this story on Greater glider population recovery efforts, then click here to see what else is being done to save our endangered species.