MiRTK: A refreshing alternative to UHF radios for RTK corrections 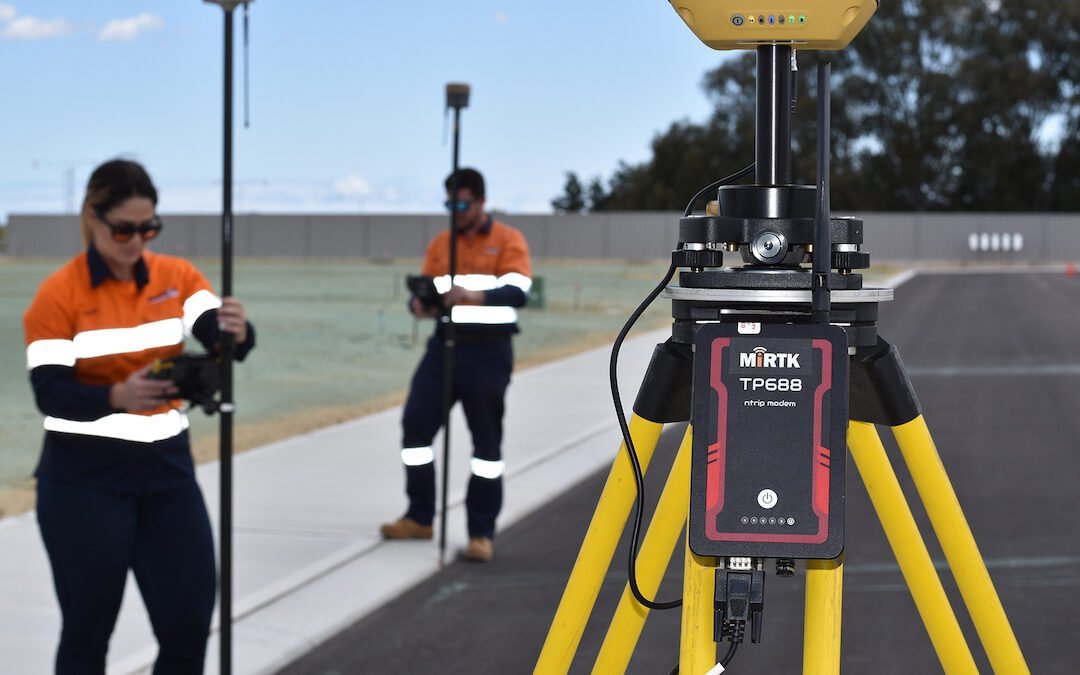 If you’ve worked on a construction site with base stations in the past 20 years, there’s a solid chance you’ve worked with UHF radios as well.

UHF radios have been a staple for site communications and GNSS corrections across Australia for years, but that hasn’t made them immune to issues. Whether it’s dropouts, configurations or radio interference, UHF radios have a history of being difficult to set up, difficult to operate and difficult to keep running for long periods of time.

Yet despite all the issues that plague UHF radios they’re consistently found on construction projects from Sydney to Port Augusta. The main reason why? Nothing was invented to replace them. Everyone in the industry simply accepted that this was the way life was going to be on-site, that the radios were an improvement and they should just be happy they’re not doing things the old-fashioned way. However, when you have 20 years with little improvements in the 21st century, you have to wonder why no one’s thought of a better option.

Now imagine having a little modem that you slot onto your tripod, plug into your base station (regardless of its age or brand), power it on then leave it to run for up to 20 hours straight. No repeaters, no antenna masts, no configuration.

MiRTK is an annual subscription service, but unlike the UHF radio licences, you don’t have to worry about interference or your configuration. And with pricing from $99 + GST a month, it is a simple and cost effective option that can be swapped between any GNSS system, wherever it’s working, with no additional costs or set up.

Not only this but the MiRTK hardware is brand agnostic, no matter if you have a Topcon, Trimble, Leica, Sokkia, Hemisphere, Carlson or any other brand of GNSS unit, MiRTK will work with it. This saves you having to hire or buy multiple units for the various GNSS units you have and use. Want to know more? Get in touch with our friendly Position Partners team to get all the details on the new MiRTK technology.

1. Works with all brands of GNSS

3. Reliable corrections via internet rather than UHF

“MiRTK pretty much runs without a hitch. We haven’t had any problems or black spots that we see with UHF radios. It’s working really well”

“MiRTK gives us much better signal in areas where we’d previously had to setup radio repeaters. As far as setting up machines to use MiRTK it was really simple and only took a few minutes”