Using technology for farming the future 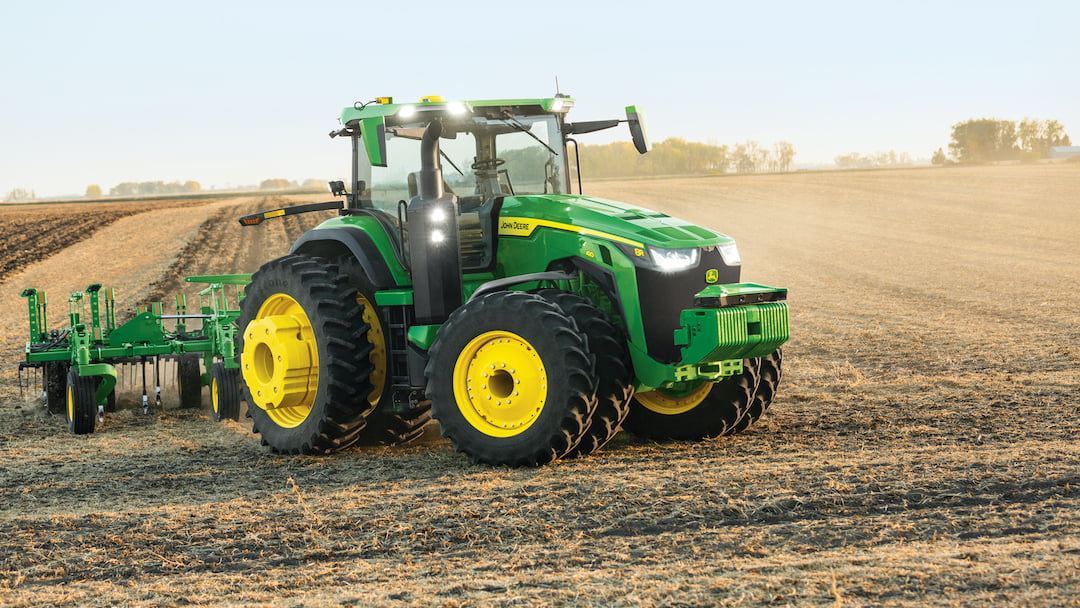 Individual farmers could increase their returns by a massive 250 per cent by using innovations that help close the gap between problems, solutions and commercialisation on the land. This is farming the future.

That’s the gospel according to Christine Pitts, managing director of Farmers2Founders, an Australian company that brings together farmers, researchers and manufacturers.

“There’s a big gap between those who experience the problems in agriculture, those who have the ideas that can solve those problems, and those who can turn those ideas into real, commercial solutions, and it is costing the industry billions,” Christine says.

There are however a select group of companies in Australia and abroad that are doing just that and bringing to market innovative new machinery that will make early adopters ask themselves how they ever went without.

Here are four of the most innovative new farming machines designed, built and tested on the land to help frontline producers reap more from what they sew. 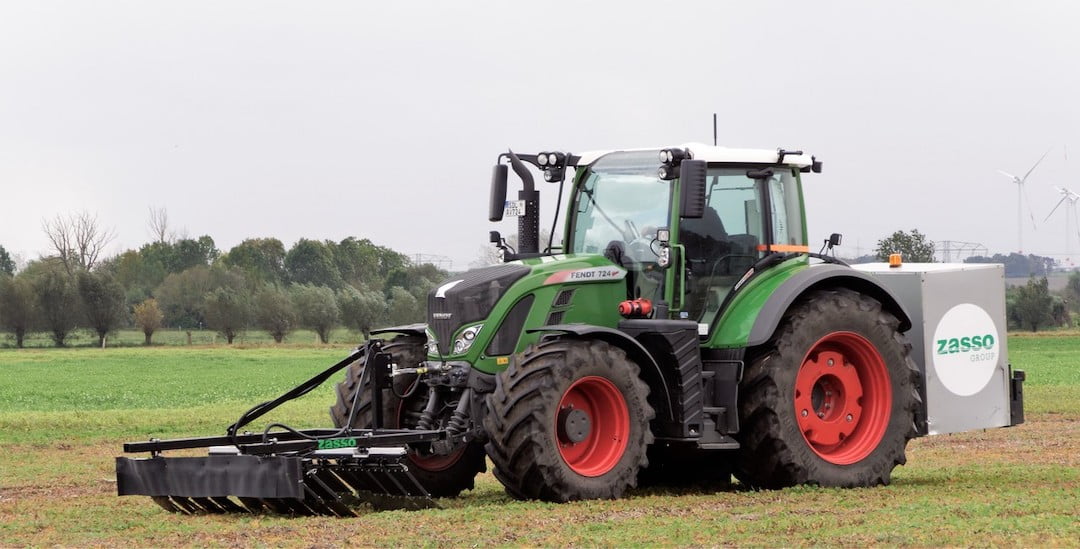 Zasso is a Swiss-based company that specialises in non-chemical weed management solutions using advanced power electronics. Originally developed in Brazil, the technology patented under the brand name Electroherb kills unwanted plants by zapping them with an electrical applicator, which causes the plants’ cell walls to be destroyed.

In Europe and South America, Electroherb has been applied in machinery designed for cropping, vineyards, coffee plantations, fruits orchards, parks and even small handheld devices consumers can use to eradicate weeds in their homes without environmentally harmful herbicides. 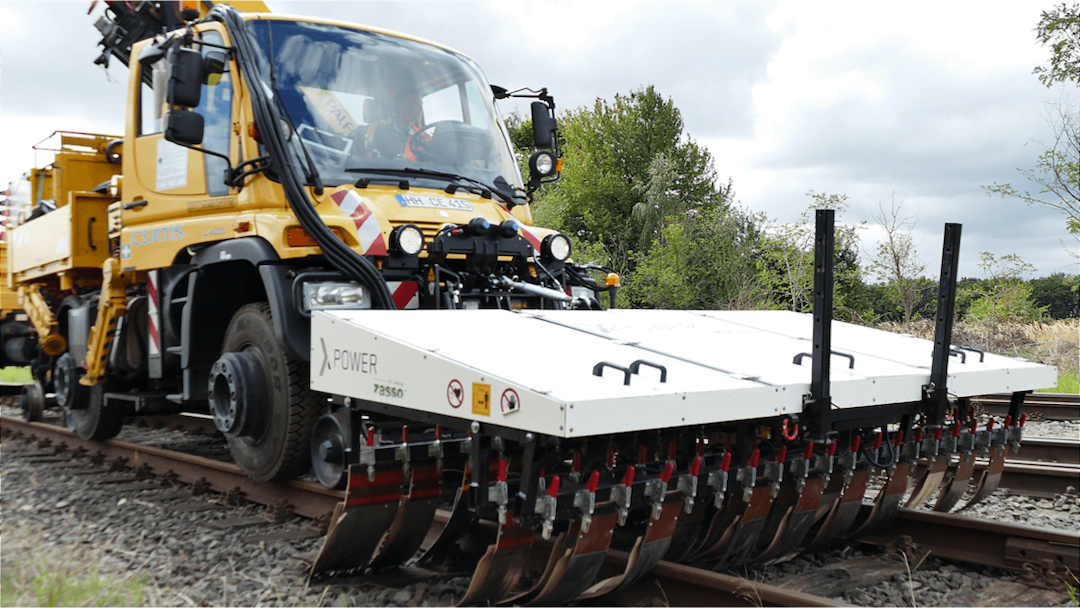 Electroherb is now being tested for the first time in Australia under a two-year trial conducted by Western Australia’s Department of Primary Industries in dryland and irrigated agriculture to identify which native weeds it is best suited to control.

“Finding alternative weed control strategies to chemical measures is important in Australia, due to increasing rates of herbicide resistance and increasingly discerning market demands,” says department research scientist Miranda Slaven. “This new device is at the frontier of agricultural technology, and it is valuable to test it under Australian growing conditions to examine its potential application as a non-chemical methodology in our agronomic systems.”

Traditionally water tanks are made from concrete or fibreglass with steel supports. But Michael Theuerkauf of Poly Tanks in Toowoomba makes plastic water tanks using an innovative stainless-steel mould and oven that rotates on two axes to ‘cook’ raw polyethylene powder.

Ranging from 1,500 litres to 5,000 litres in capacity, Poly Tanks have a domed roof design that eliminates the need for poles and prevents sagging. It also has a smooth surface that repels dirt and looks new even after years of weathering. And as Poly Tanks are flexible and can bounce back into shape after impact, these water tanks do not easily crack or leak.

But the true genius of Poly Tanks is that they do not have to be transported on the back of trucks from factories in metropolitan areas to regional depots or the farms where they are generally used. Instead, the stainless-steel mould can be transported on two trucks and used to make up to 100 poly tanks on-site – saving buyers thousands of dollars in freight.

“People are kind of mesmerised by the workings of the machine,” Theuerkauf told the ABC while exhibiting the three-hour moulding process for the first time at Westech Field Days Barcaldine in Central West Queensland late last year.

In 1837, American blacksmith John Deere developed the first commercially successful self-scouring steel plough. Now, the company that still bears his name has developed a fully autonomous tractor, and with it the next step in the evolution of farming.

Using 12 cameras, flood lights and artificial intelligence, this machine can navigate to a field independently using a route and coordinates from an app, as well as plough the soil or sow seeds and avoid obstacles. This means farmers using John Deere autonomous tractors will be able to run them for longer, making their lives easier while boosting productivity and profitability. It will also allow farmers to purchase smaller tractors and mitigate the problem of soil compaction caused by heavy machines. 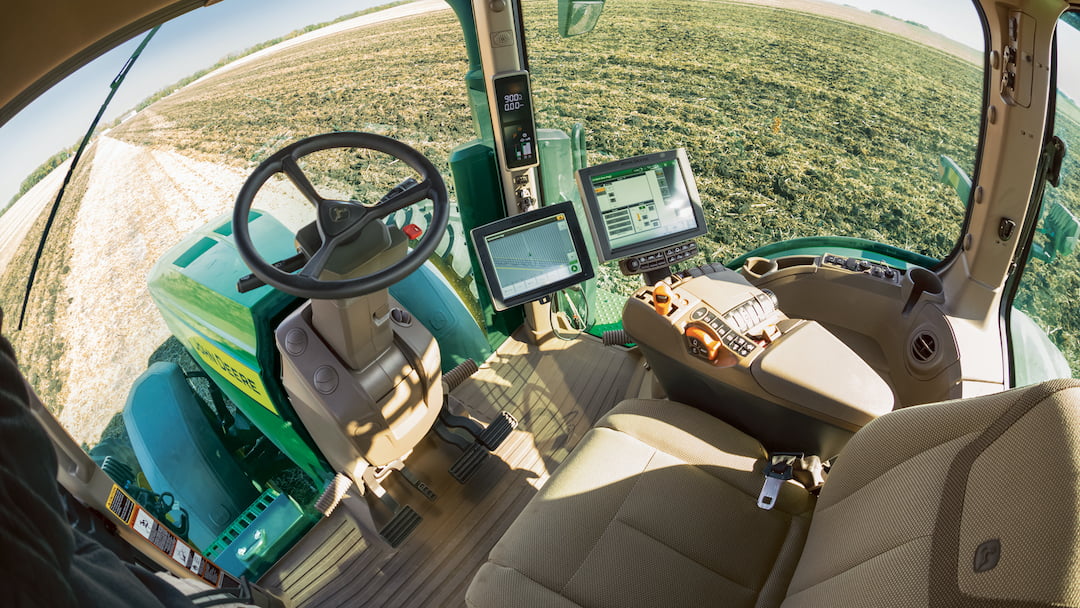 Farming the future could be humanless! John Deere’s autonomous tractor operating on its own. Image courtesy of John Deere.

“If you’ve now got a machine that you can utilise 24 hours a day, seven days a week, then all of a sudden, you might say, well I can actually step it back a couple of notches and use a lighter machine in the field,” says director of the Centre of Agriculture Engineering at
the University of Southern Queensland Professor Craig Baillie.

John Deere’s autonomous tractor will go on sale in the US this year and is expected to land on Australian shores soon after.

Released in February, the TurboTopper was designed and manufactured in Cowra NSW by third-generation farm machinery manufacturers Roly and Kurtis Larsen of AusCut after they noticed a gap in the market for a more efficient slasher for broadacre farmers.

The TurboTopper has a smaller blade rotor and is not a ‘horsepower-hungry’ machine, therefore making it more fuel-efficient than most toppers and slashers on the market.

It has a narrower ‘depth of deck’, which reduces residue build-up on the machine and limits the effects of the deck bouncing while also assisting in the easy flow of material out the back of the machine, making it far more comfortable for farmers when travelling at high speeds. 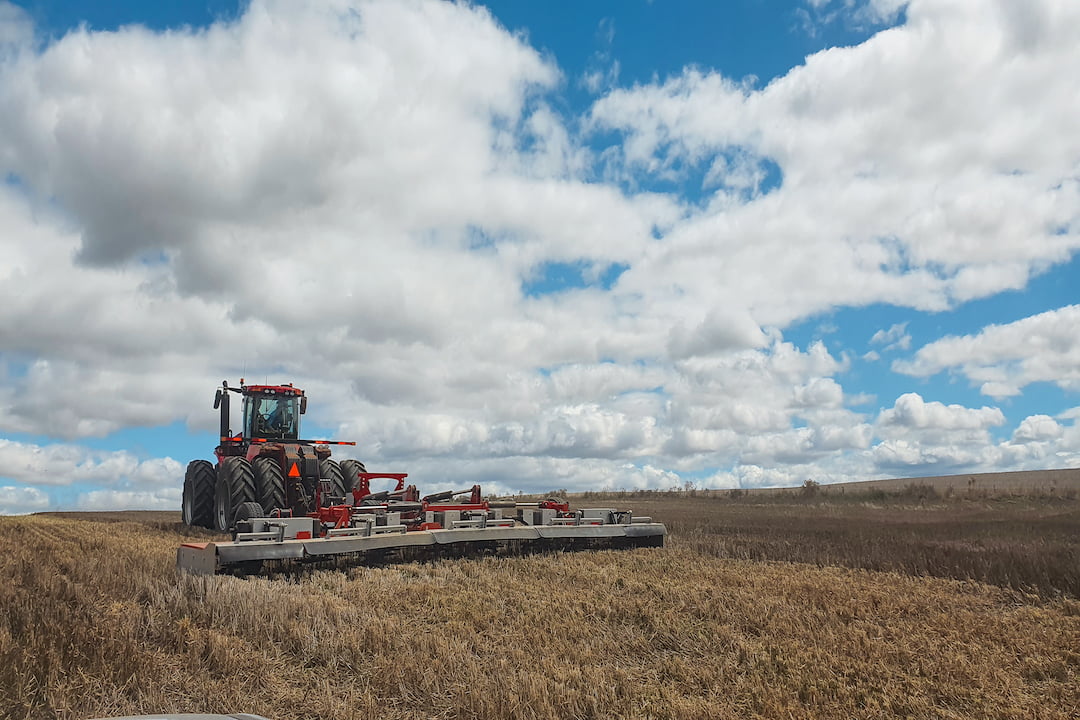 It is the only ‘forward folding’ slasher in Australia with front-mounted wheels, which means a narrower yet stable machine during transport and operation.

And its individually floating decks and heavy-duty front-mounted wheels are time-savers for farmers, who can make simple adjustments to the machines’ wings and tilt, and save on downtime.

The TurboTopper also has smaller rotors and uplift blades that reduce pressure and vibration on gearboxes, allowing for a finer cut and maximum lift of residue.

“The blades are counter-rotating, so they are able to pick up wheel tracks effectively,” Roly says. “The disk rotors that are standard on this machine create less downdraft, enabling you to get a cleaner cut.”

If you want to know more about Farming the Future in Macadamias, click here.