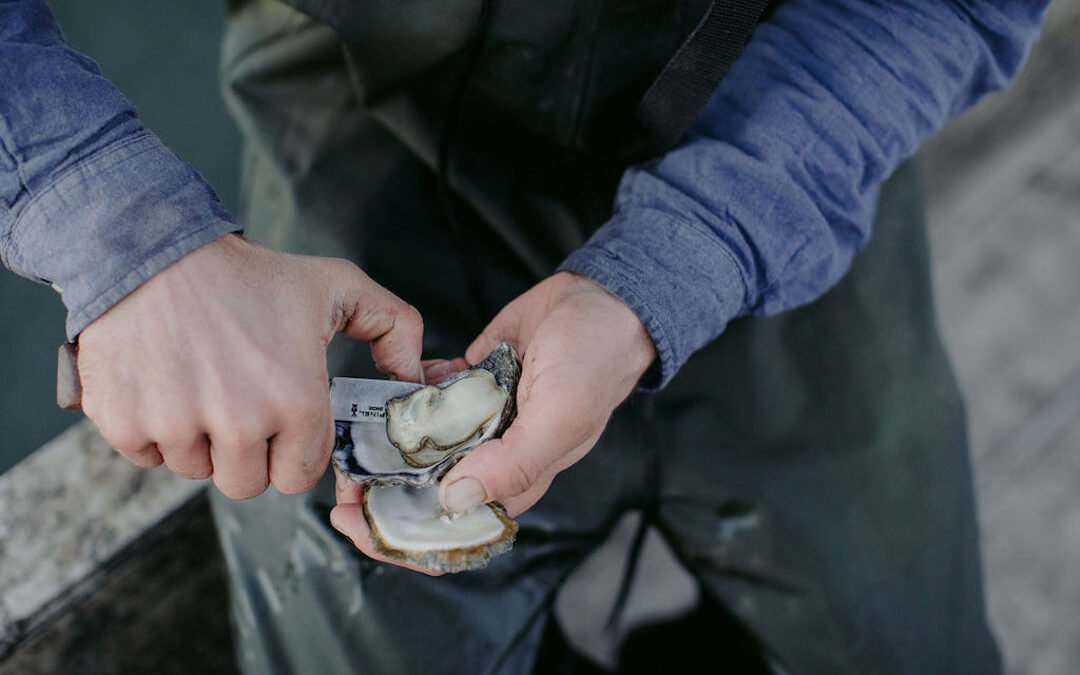 McAsh is his name and oysters are his game. This entrepreneur is bringing oyster farming into the 21st century with new technology that will transform the industry.

Ewan McAsh is not your typical Australian farmer – his paddocks are underwater. There’s a certain level of mystery that surrounds his profession simply because a lot of people don’t know that oysters can in fact be farmed. McAsh has all the tell tale traits of a man in the oyster farming business: salt in his beard and a trusty pair of rubber waders, but he stands out from the rest because he has ambitions to bring the ageing industry into the digital world.

More than sixteen years ago, McAsh graduated with a marine biology degree, leaving the classroom with a curiosity for aquaculture. Alongside his father, he bought an oyster farm in the Clyde River on the NSW South Coast. In the first couple of years, McAsh began to notice the creeping rust on the industry as a result of out-dated methods and a complete lack of technology.

Oyster farmers in New South Wales make their dime by hauling sacks of their oysters to fish markets in Sydney and McAsh saw through this outdated business model almost immediately. Australian oysters are amazing seafood, and rather than watch his oysters get lost in the wholesale market, he sold directly to restaurants and oyster-lovers. Every box was sent with a flyer telling his own oyster farming story, describing the unique flavour of the oysters.

Signature Oysters was born, and became so successful that McAsh recruited farmers from oyster regions to pack and send oysters; all shipped directly to restaurants, all celebrating the story of the farmer, the growing region and the unique characteristics of the oysters. An oyster from a signature oyster farm commanded a 30 per cent premium, but the profits never resolved McAsh’s management problems.

As the business flourished, McAsh became the face of the operation. He took a REX flight directly to Sydney from Moruya airport every week to meet up with clients and search for new ones. The forty minute flight could buy McAsh more time to grow his client list, but the time spent away from his farm meant production slowed down.

The oyster industry has remained stagnant for nearly forty years as mitigating factors of tides, barnacles, weather and disease have turned oyster farming into an alchemy difficult to teach and even more difficult to scale upwards.

A wheat farmer doesn’t need to remember where his crops are – he can see them in plain sight. Oyster farmers deal with murky water that is often impossible to see through, and until recently, McAsh had to memorise where their oysters were and when to harvest them or rely on notes scribbled on a whiteboard.

“Farming is a difficult business, let alone farming underwater,” says Ewan McAsh. “After 15 years of farming, I had created an environment where I was the only person who truly knew what to do on my oyster lease and when to do it – the location of 1000s of oyster baskets, schedules and tasks. All the history, all the best practices, was remembered by one person – me, and this was stopping me from growing my business any further.”

There are 600 farms across Australia that generate $100 million each year for the aquaculture industry, which encompasses shellfish, finfish and seaweed. The majority of aquaculture farmers do not use software to manage their farms and rely entirely on memory. McAsh decided to make a change and launched SmartOysters.

“There have been no advancements in the oyster industry that would easily allow me to scale my business – and every other farmer in Australia is in the same situation. That is until now. SmartOysters technology makes the knowledge accessible for all farmers and their workers.”

SmartOysters uses GPS maps and customisable reports to capture the farmer’s ‘unique farm practice’. The platform notifies farmers when their next grade is due and keeps track of the exact location of their gear and oysters. Not only does the platform keep track of every stage in an oyster’s development, it automatically schedules and assigns tasks for the maintenance of the oyster lease and helps recruit and train new staff.

The new platform aims to combat the industry’s record prices caused by oyster shortages from flooding over the past two years. With the help of SmartOysters, farmers can show insurance companies and financial backers the data of their farm. The platform assists in claims, funding applications and loan approvals.

Oyster farmers not only have the time to harvest more; they also have the resources to help their local communities recover as well.

“Farming is never easy but amongst the devastation there are so many amazing stories of our oyster farmers supporting their local communities. Farmers have delivered groceries in floods and transported stranded people. There’s even been farmers finding cows kilometres downstream and returning them to their pastures.”

Rising with the tide

It’s common knowledge that the agricultural sector in Australia has had a rough trot over the past few years. Raging bushfires followed by devastating rains and floods, a mice plague and, of course, the ongoing impacts of the pandemic, have put immense pressure on our farmers to produce the food that we so often take for granted. Many people see oysters as a luxury – for McAsh, they’re his lifeblood.

“Thanks to the wild weather and tough farming conditions, the rivers have been closed for harvesting oysters many times – sometimes for weeks, sometimes months. But the oyster industry is amazingly resilient, a trademark of what is truly sustainable seafood,” says McAsh. A sign of what’s to come, we hope.