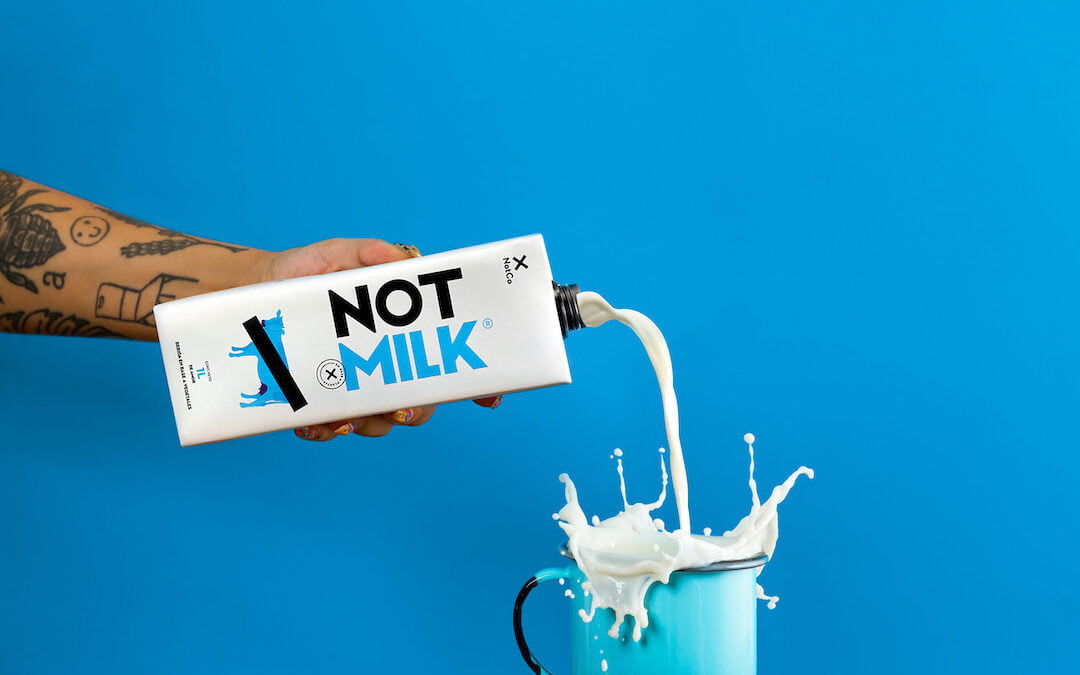 NotMilk is stirring up the alternative milk industry with their new plant-based milk – and it’s made using artificial intelligence.

Plant-based alternatives to animal products have come a long way. You may have already seen the latest player in the game, NotMilk, landing on shelves at Woolworths. NotMilk is the brainchild of NotCo, a Chilean food tech company on a mission to produce plant-based and sustainable alternatives to animal products without losing any of the taste, texture or cooking functionality.

“We believe we must completely change the food system and to do so we need to create amazingly delicious products that don’t require people to compromise or make sacrifices,” says Matias Muchnick, CEO and cofounder of NotCo. But it’s how they do this that is really making waves.

Using a one-of-a-kind artificial intelligence program nicknamed “Giuseppe,” the technology is designed to find combinations of plants that replicate animal-based products. They call it ‘taking the animal out of the equation.’ So, while most plant-based milks are characterised by their main ingredients – oat, soy or nuts for instance – NotMilk is all based on flavour, texture and functionality. 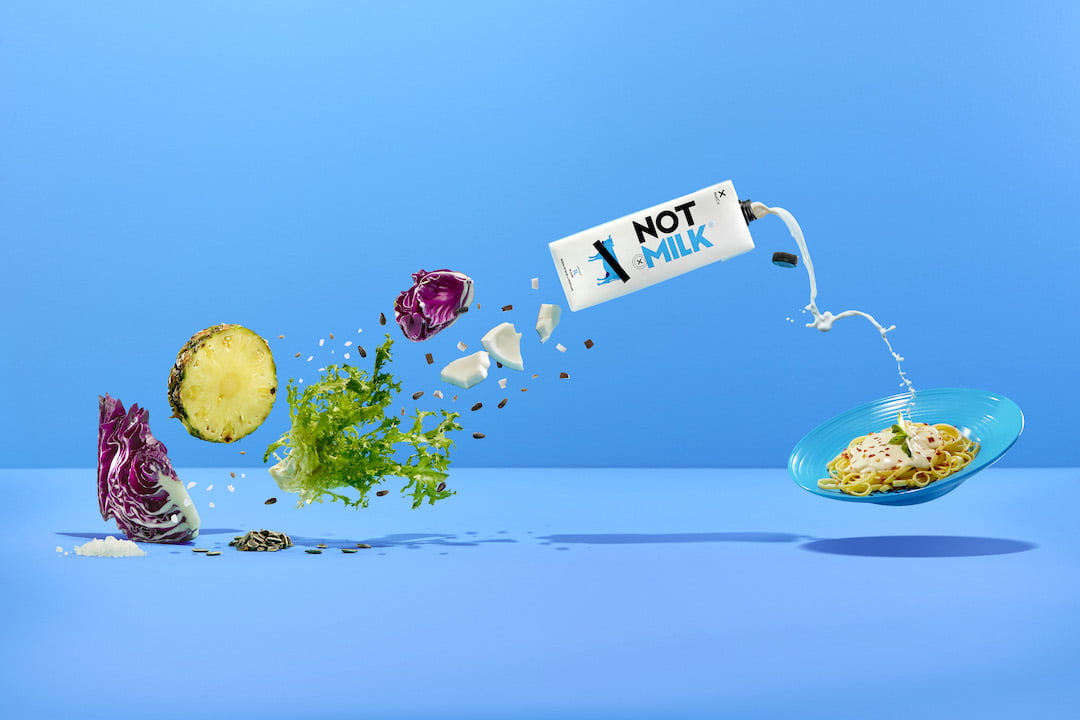 How does it work?

Giuseppe uses machine learning to study the molecular structure of animal products and replicate them using plant-based alternatives. While this may sound like science fiction, the idea works on the premise that a typical Western diet only utilises about 200 of the world’s 300,000 edible plants.

Giuseppe has access to vast information about these plants and looks for combinations to replicate animal products as precisely as possible. In this way, NotCo can analyse huge volumes of data to determine patterns and combinations that would otherwise be difficult or impossible for humans to do alone.

(And if you’re wondering, Giuseppe got his name as an homage to the Italian renaissance painter, Giuseppe Arcimboldo, who is best known for his ‘fruit and vegetable’ portraits.)

The recipes Giuseppe comes up with are then tested by real-life chefs, who enter their sensorial feedback and reviews back into the system, which then develops new recipes. Apparently, Giuseppe’s first-ever attempt at NotMilk came out bright green, as it didn’t understand that adding dill to milk would result in a green hue. Lesson learnt! NotCo quickly taught Giuseppe how to recognise the colours of plants as well.

Some of the more interesting ingredients that make up NotMilk include pea protein, pineapple juice concentrate, sunflower oil, salt and cabbage juice concentrate, but results in a silky texture and a remarkably milky taste. According to one writer, “it’s the very mild hint of pineapple that adds a slight milky sweetness to the drink. It’s impressive and certainly delicious.” 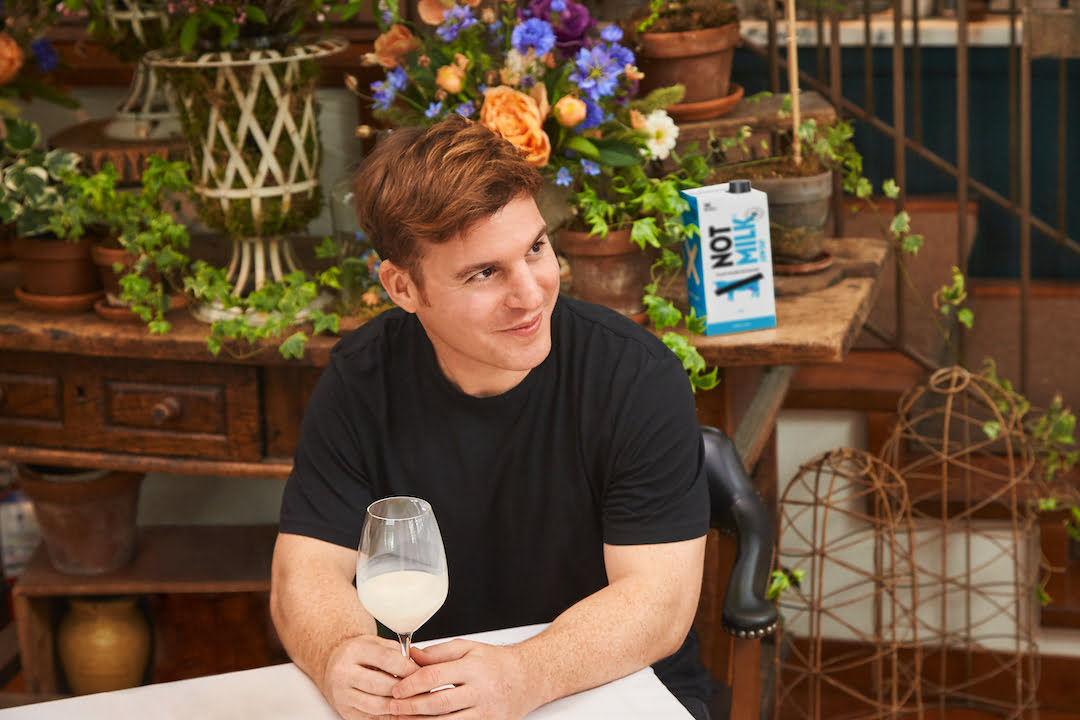 NotMilk might just be the hot new thing to shake up our booming coffee scene. Image: supplied.

Whether you crave a cappuccino or favor flat whites, there’s no doubt that Australians love their coffee. And with NotMilk sipping, slurping and frothing just like milk, it could be the next big thing for mixing with our favourite beverage.

“We believe NotMilk will be perfect for Australia’s incredible coffee scene, offering the best plant-based alternative there has ever been,” Matias says. “Given 95% of Aussies love milk in their coffees, this is a huge market ripe for disruption.”

In fact, NotCo is currently in talks with a range of leading local coffee brands to supply NotMilk to cafes throughout Australia. 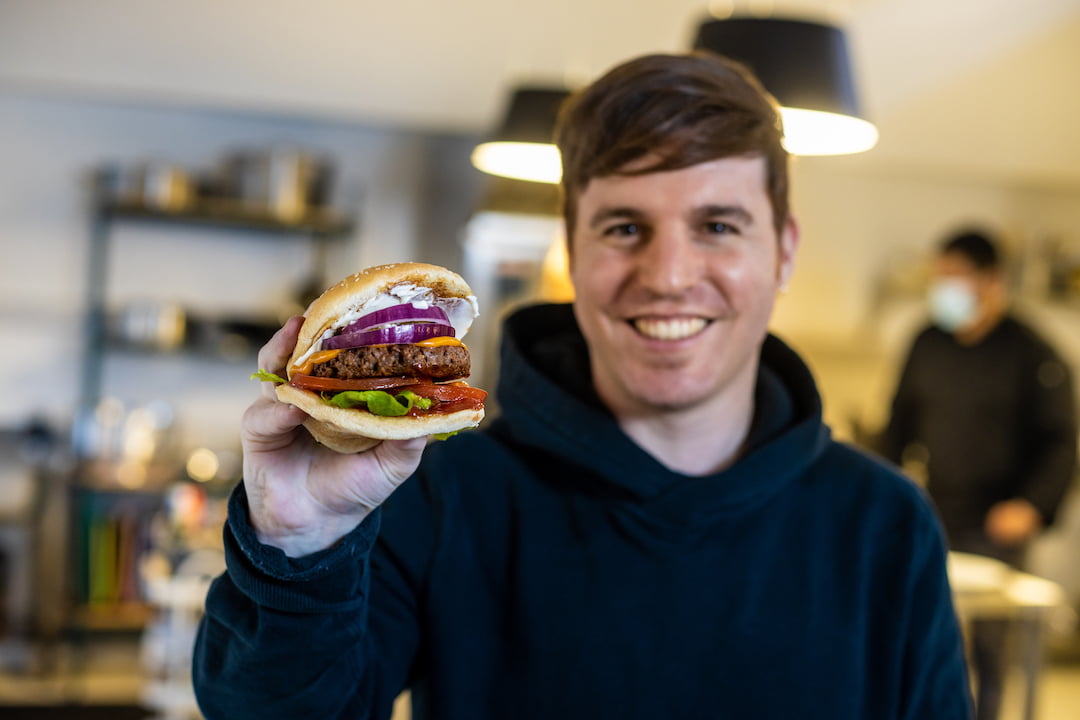 CEO and cofounder of NotCo, Matias Muchnick with the NotBurger. Image: supplied.

Better for the planet

Matias says that the original motivation behind NotCo was rooted in creating great food that not only tastes amazing but is better for the world.

According to NotCo, NotMilk takes 92% less water to produce than cow’s milk and produces 74% less CO2 emissions. By replacing a glass of regular cow’s milk with NotMilk each day you could save the equivalent of 52 minutes in the shower, 12 hours of light generated by a lamp or 40 kilometres driven in a car.

With NotBurger and NotChicken Nuggets also on their way to supermarket shelves near you, NotCo is even further shaking up the Australian food industry. The results overseas speak for themselves. When NotMilk first launched in Chile it was the number one selling plant-based milk in its first week, while its NotBurger launch sold out three months of supplies in just three weeks. It continues to hold 5 per cent of total market share in the entire burger category, including the animal-based.

“The world needs a change today,” says Matias. “This is not just a food revolution, it is a revelation. For a better world, a more sustainable world and a world just as delicious.”

Check out this Aussie start-up producing a DIY plant-based Mylk that’s good for you and the planet.