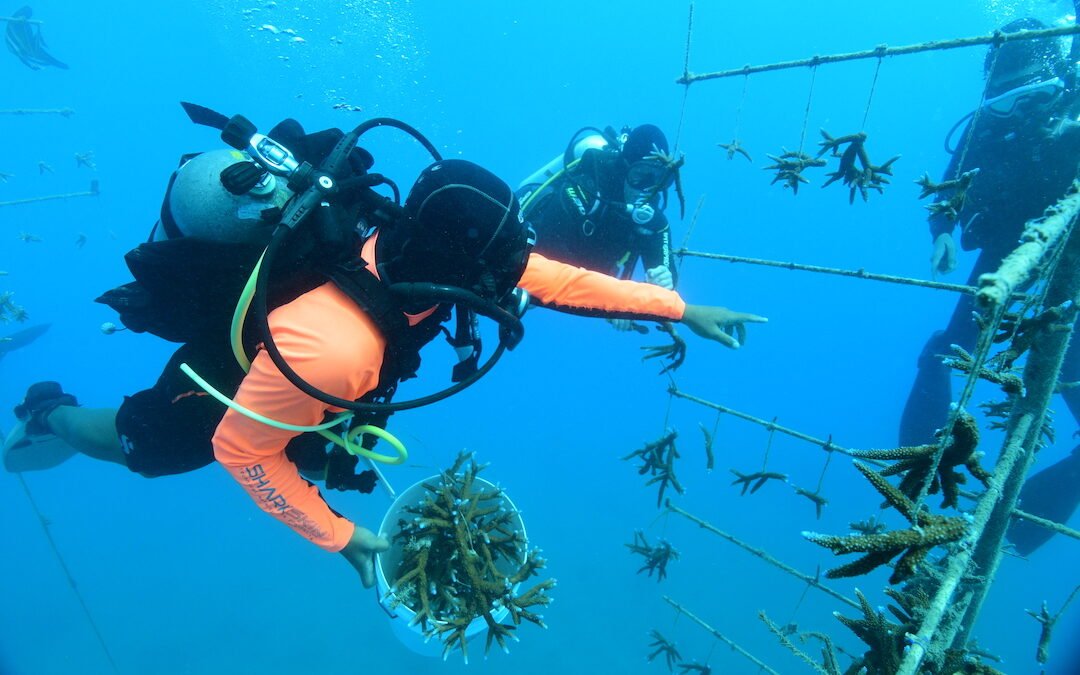 Australia’s first offshore nursery has spawned an abundance of coral at Fitzroy Island off Cairns.

The nursery was planted in the Great Barrier Reef four years ago, started by the not-for-profit Reef Restoration Foundation. Chief Executive Officer of the Foundation, Ryan Donnelly, said the start of coral spawning in the inner reed was recorded by a coral farming expert and three marine biologists, with the outer reef expected to follow next month. It’s an exciting development, opening the door for further restoration of marine habitats in the Great Barrier Reef. 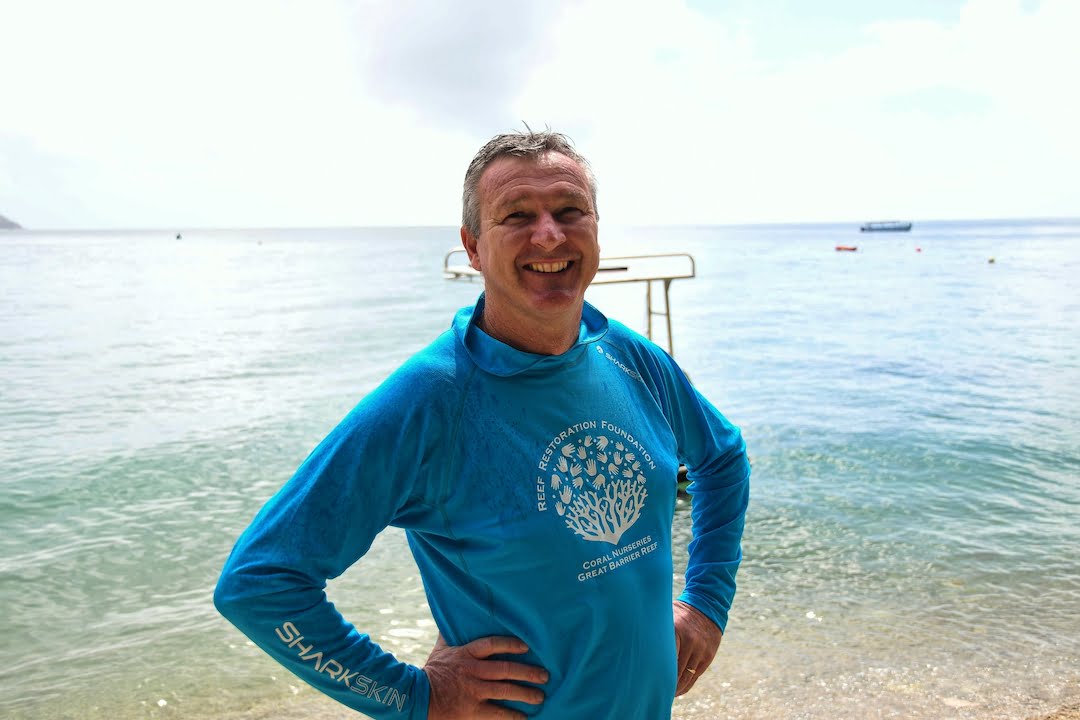 Coral is an important and diverse ecosystem, protecting coasts from storms and erosion. It also provides a home for an abundance of marine life, serving as a source of food and shelter. If coral reefs disappeared, essential food and spawning grounds for marine organisms would disappear, and biodiversity would suffer.

To prevent this from occurring, the Reef Restoration Foundation planted coral on underwater frames in 2017, after the Great Barrier Reef Marine Park Authority granted a permit for the pilot research program.

“We planted coral cuttings in a degraded patch of reef and these pioneer species ave grown to around 1 metre in diameter, helping to create a healthy and complex habitat for various corals and marine life,” says marine biologist and Master Reef Guide Azri Saparwan.

“Watching our coral babies reproduce for the first time to create the next generation of corals was a beautiful and humbling experience.”

“The spawning was a showcase of how the Great Barrier Reef generates new coral recruits each year as part of its regeneration process.”

The techniques employed by these scientists were based on reef restoration sites in Florida, where healthy coral was attached to underwater frames, and then planted onto hard substrate after a growing period of around six months. As this coral grows, it attracts other coral species, as well as marine life including tropical fish and turtles, creating a whole ecosystem. 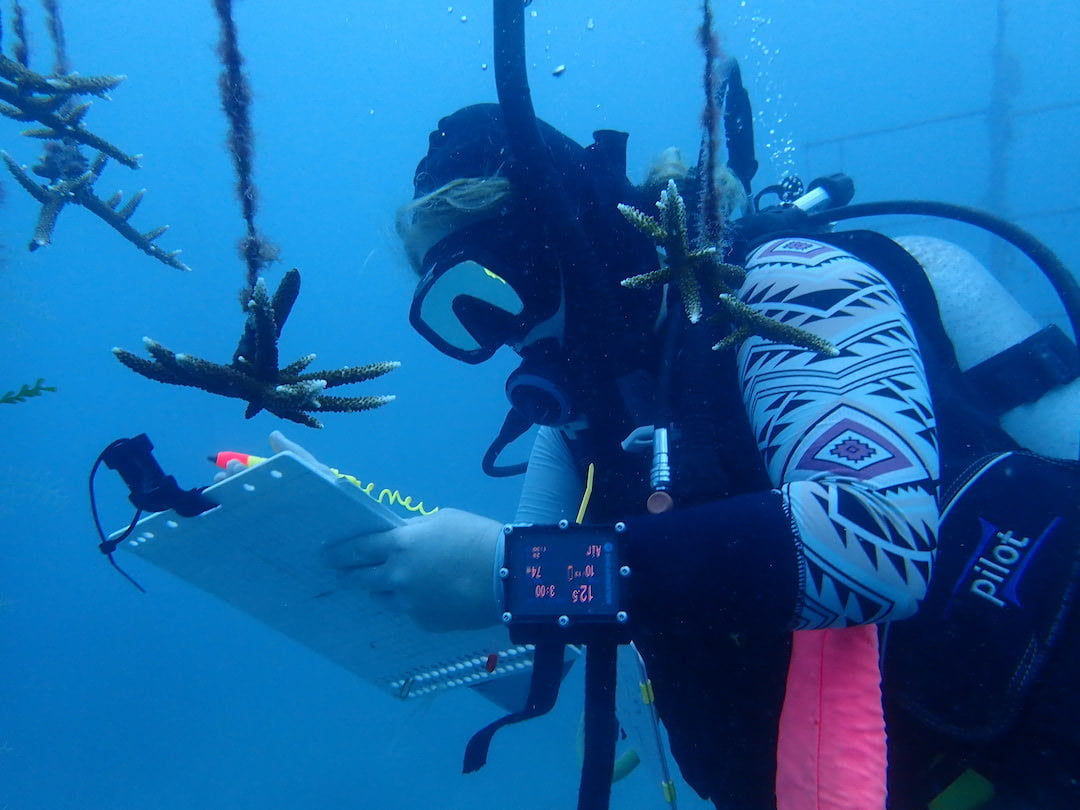 Cameron Bee has 25 years’ experience in coral aquaculture, specifically with coral farms in the Asia-Pacific region, and is part of the Great Barrier Reef Legacy’s Living Coral Biobank project. He is passionate about ensuring coral diversity, and was part of the team recording the coral spawning.

“We are facilitating reef recovery in a time when disturbances are more frequent and severe. Growing corals to create habitat is important but additionally taking them through to spawning is a milestone in our bid to maintain biodiversity,” he said.

Additionally, the Reef Restoration Foundation has partnered with the Tropical North Queensland tourism industry and corporate sponsors to support the Fitzroy Island nursery, as well as another two outer reef sites on Hastings and Moore Reefs.

“It is a community effort as we receive no government funding and rely on the support of around 50 volunteers, with about one-third of these experienced divers working in the tourism industry” says Ryan Donnelly

“The challenge for the Great Barrier Reef is far from over, with scientists telling us the water will continue to warm, but we are up for the fight. In a changing climate, it is all about buying time and selling hope.”

“We need to drastically reduce global emissions, but at the same time work collaboratively to build the resilience of the places we love. We all have a role to play.”

To see the coral spawn for yourself, you can join a night trip operated by Diver’s Den by clicking here.

Or, find out more about coral in Australia by clicking here.