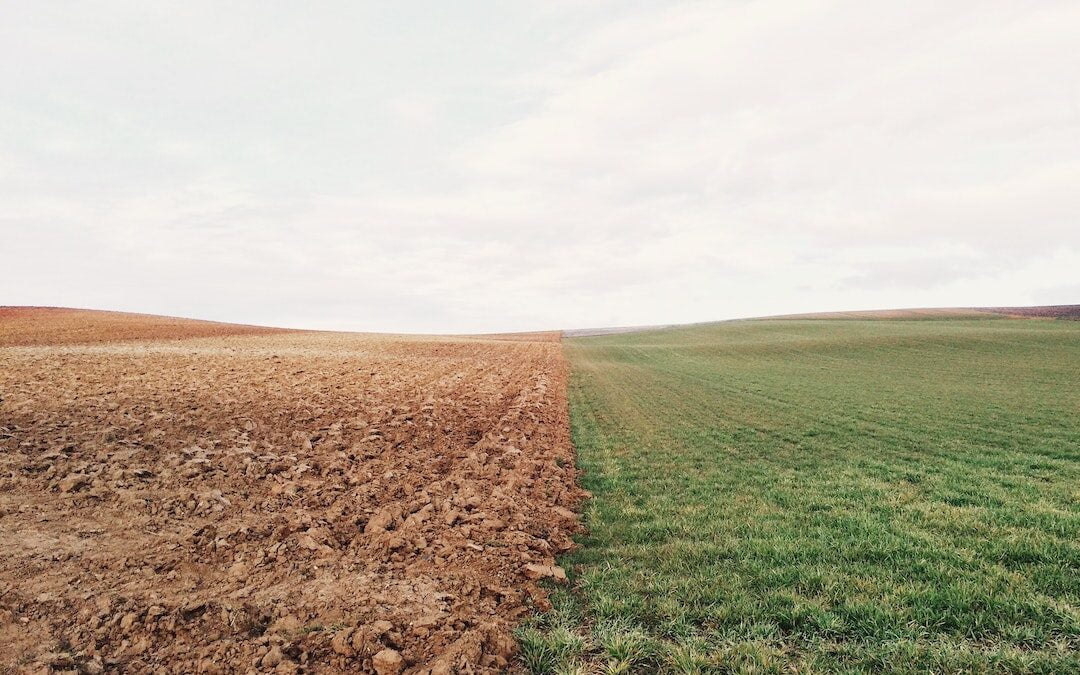 Despite increasingly unpredictable weather patterns, devastating crop loss and strangling financial pressures, farmers who take a holistic approach are delivering results year on year. They’ll tell you that the secret is in the soil.

Charles Massy is a fifth-generation sheep farmer near Cooma in the Snowy Mountains foothills who’s been through it all during his forty-plus years on the land.

A few years ago, when he was driving into town with his grandson, they passed a farmer on his tractor, boom-spraying a paddock with glyphosate (Roundup). “Hamish, all of nine years old, turned to me with a puzzled look on his face. ‘Grandpa,’ he asked, ‘why do people have to kill things to grow things?’”. The question stopped Massy in his tracks.

Wisdom out of the mouths of babes aside, the Millennium drought was Massy’s make or break moment.

“I finally realised I was the weakest link in the whole system. There was a disconnect in my head because I was trying to make money while ignoring the ecology of my land.”

What followed has been a deep dive into doing things differently. In the process, Massy undertook a PhD in Human Ecology at ANU and wrote “The Call of the Reed Warbler: A New Agriculture, A New Earth”, which explores the practices of regenerative agriculture and the vital connection between our soil and our health.

As a concept, regenerative agriculture may be a little difficult to harness, but essentially it is a system of farming principles and practices that enriches soils, improves the water cycle, increases biodiversity and dynamic ecosystems, and restores the solar energy function of plants to draw down carbon from the atmosphere. It embodies a holistic approach to working with the complex ecology of the land and, as such, is different to organic or biodynamic agriculture as there is no rigid code of do’s and don’ts.

In the process of researching his book, Massy crossed the country to hear the stories of a wide range of broad-acre and livestock regenerative farmers.

“I’m not a great innovator but I’m a good storyteller,” he explains.

And stories are a powerful way to reach people and open their hearts and minds to consider new approaches. Almost without exception, Massy learned that it was a major environmental crisis or life shock that changed these farmers’ world views and overcame generations of family habits that have become increasingly entwined with industrial agriculture.

While old dogs seem to be learning new tricks, Massy has become increasingly concerned about young, smart agricultural science graduates who can’t wait to hop into giant machines loaded with computers, which are totally divorced from natural systems.

Luckily, a cutting-edge agricultural science program that’s pivoted away from traditional approaches is going gangbusters at Southern Cross University (SCU). The program is run in collaboration with the Regenerative Agricultural Alliance, comprising Australia’s leading researchers and practitioners in regenerative agriculture.

The project is spearheaded by third-generation beef trader, Director of the Regenerative Agriculture Alliance at Southern Cross University, and 2018 Australian Rural Community Leader of the Year, Lorraine Gordon. Today, SCU’s Bachelor of Science in Regenerative Agriculture is already the largest agricultural science program in Australia (there are also certificate and masters’ degrees) and the only one of its kind in the world. With 440 students after just one year in operation, it’s rated first in the country for overall experience in Agriculture in the Good Universities Guide 2020/21.

The course is designed for students who want to be a part of a new way of farming that better supports, and is supported by, natural processes. The focus is on learning how to read landscapes and solve complex problems from a holistic perspective with the goal of building more resilient farms and farmers in a future of increased seasonal and weather variabilities.

For 37-year-old Northern Rivers farmer Louis Bell, who works in landscape management, enrolling in the Graduate Certificate of Regenerative Agriculture was a natural study path after a career that straddled horticulture and conservation. “There are real opportunities to mitigate the poor practices which are resulting in deleterious impacts to our natural capital – we need to bridge the divide between conservation and production,” he says.

Implementing regenerative agriculture beyond the classroom

Southern Cross University is not only focusing on agricultural science education but also government advocacy and farmer-driven research.

“Farmers are the best researchers we have,” says Lorraine Gordon. “We’re doing applied collaborative research in bio regions around the country with groups of farmers, consultants, natural resource managers and researchers to address a wide range of challenges.”

A major focus is about adapting farming practices to specific soils and climate patterns. The ancient continent of Australia has some of the world’s most poorly structured, badly drained, saline-heavy soils that endure high temperatures, droughts and bushfires. Ensuring soil is spongy and full of microbe-rich humus enables it to store more carbon. This directly impacts the soil’s ability to retain water and grow quality crops and pastures. And that’s just the beginning. Healthy soils rich with micro-nutrients contribute to improving human gut health, which helps us become more resilient to diseases such as cancer and auto-immune complications. They also offer the most effective way to pull carbon out of the atmosphere thereby adding potential income benefits from carbon sequestration whilst mitigating climate change.

The secret in the soil

Soil biology is, however, a relatively recent science. “In the past, agronomists were trained in chemistry and physics,” explains agricultural scientist Terry McCosker. “We now know that soil biology has a profound impact on all aspects of farming, so it’s vital that we hone in on it with a laser-like focus in agricultural science programs.”

Soil research is central to SCU’s mission, specifically on the use of regenerative practices to increase soil carbon. They have research groups across the country studying such things as the impact of multispecies cover crops on soil health, the effects of pesticides on soil microbial diversity, and integrating biochar into regenerative agriculture practices.

Gordon is sanguine when discussing the different approaches of traditional and regenerative agriculture. “We don’t have a them-and-us scenario. Rather, it’s about us all going on a journey together. It’s about farmers expanding the tools in their toolboxes to work effectively with the environment. We all need to collaborate to educate ourselves regarding the best ways to save our soils, our farms and our planet.”

Want to read more about the new ways in which land is being cared for and rehabilitated? Check out this story of mine rehabilitation.