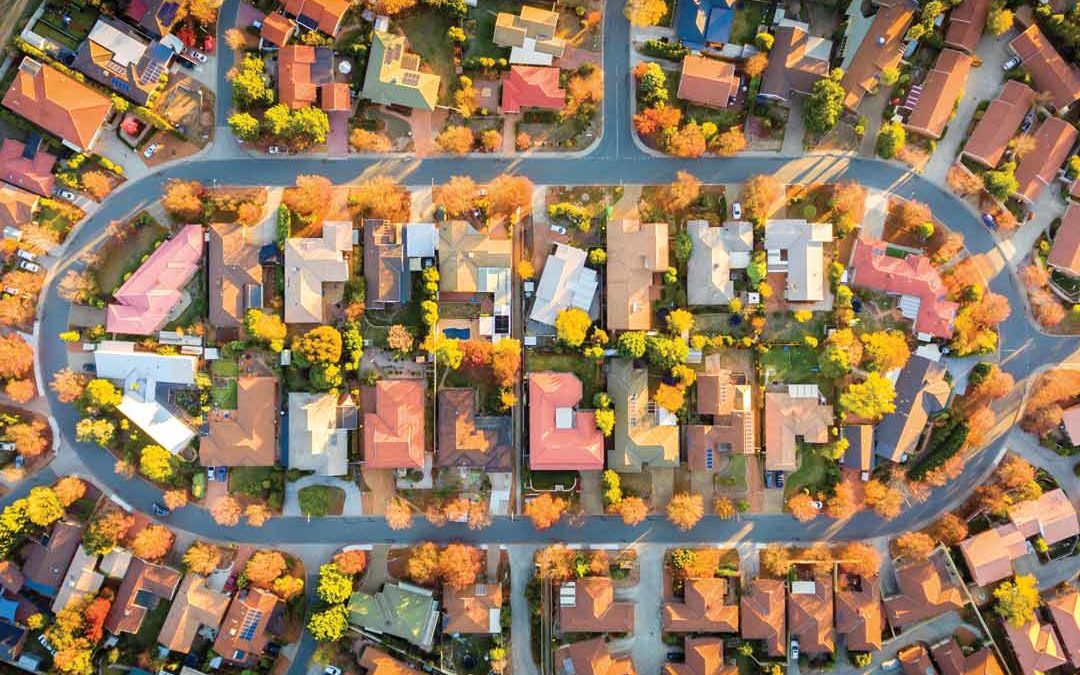 With a growing number of Australians now working remotely, telecommuting is resulting in a rise in regional property prices.

Escaping tedious commutes and high-density living is a dream for many city dwellers, but there is a real fear of missing out on big city salaries. However, a growing number of Australians are managing to make their ideal lifestyle change while maintaining metro wages by advancing on regional property prices.

Telecommuting, also known as teleworking and e-working, is an emerging lifestyle phenomenon not only changing the way Australians are living, but also driving up regional property prices.

“Now it seems prices could be peaking in capital cities, so people are looking outside of these areas. As a result, prices are starting to grow in the regions as people move out to them,” says Mathew Tiller, Head of Research at LJ Hooker.

“Obviously, most of our regional towns have property prices well below capital-city medians. But, for many, the hardest part about moving to a regional centre is income and employment prospects. So if you can take your city income with you and transfer it to an area where life is more affordable, then obviously you’re far ahead of the pack.”

The mass exodus, Tiller adds, mostly includes Baby Boomers who might still be a few years off retirement, and young families seeking a lifestyle change.

While these city defectors are at different life stages, they share the same goal: they want to ditch the commute, cash in on big city property prices and get more bang for their buck in regional towns.

“We’re definitely seeing it on the East Coast, particularly for Sydney and Melbourne due to the population growth and affordability issues those two cities have. But the other capitals are experiencing it as well,” says Tiller.

“All our capitals have very scenic coastal towns or attractive regional centres just outside them. Near Sydney you have the Hunter Valley, the Southern Highlands and the beaches of the South and Central Coasts. Close to Melbourne you have the same thing with Mornington Peninsula and the Surf Coast, while in Queensland it’s the Gold and Sunshine Coasts. Outside of Adelaide you have the Adelaide Hills and the Barossa Valley, and with Perth there is the Margaret River region.”

While many regional towns suffered property price slumps post-GFC, the tides have recently turned. Although there are a number of reasons behind rising regional real-estate values, Tiller attributes flexible working arrangements and technology as key drivers.

According to recent statistics from property data firm CoreLogic, the median house price in the Central Coast in New South Wales has jumped 74.2 per cent in the past five years to $748,178, while in the greater Wollongong area they have skyrocketed by 76.2 per cent to $831,774.

In Victoria the regional hotspots are Mornington Peninsula, where the median house price increased by 50.5 per cent in five years to $808,036, and the Greater Geelong area, where prices rose 33 per cent to $518,613.

Queensland’s Gold Coast saw the median house price increase by 34.7 per cent in five years to $640,000, and even units, which endured significant losses post-GFC, have increased in price by 22.2 per cent in that time. Another region of note in the Sunshine State is the greater Toowoomba area, where the median house price now sits at a modest $388,236, up 20.9 per cent.

A recent McCrindle Research survey showed that Australians are eager to make significant changes to their working styles and embrace the freedom to work from home or remotely. Of those surveyed, 80 per cent (82 per cent of women and 78 per cent of men) said they’d be more likely to stay longer with an existing employer if they provide flexible working conditions.

“Most employees are prepared to forego a percentage of their pay in exchange for greater flexibility,” says social demographer Mark McCrindle, founder of McCrindle Research.
While 28 per cent of Australians would be willing to earn five per cent less for significant flexibility, an incredible one in 16 Australians would compromise 20 per cent (or one day’s pay) in exchange for the opportunity to work remotely.

A poll of more than 8,000 people by recruitment firm Hays found that 55 per cent of workers were happy to drop their salary if it meant they could work from home.

“If you have a long commute, working from home or at another location closer to home will allow you to cut the travel time of your routine, which should improve your physical wellbeing,” says Susan Drew, Senior Regional Director at Hays.

Despite the overwhelming desire of Australian workers to plug into telecommuting, Drew says it is still not the norm for many companies.

“There is a worry among both employers and employees that telecommuting will hinder performance. However, it is down to the individual and the employer to ensure that they remain on track,” she says, adding that companies seeking five-star staff should consider the practice.

“If people cannot access telecommuting from their existing employer they may look elsewhere, which will lead to competitiveness in the market. To compete in retaining and attracting staff, companies will have to introduce working-from-home options.”

Mark McCrindle says that, with this growing desire for flexible work conditions and more affordable lifestyles, it is no wonder population rates and property prices in regional areas are on the rise.

“Some regional cities are actually growing faster than the capitals — it’s phenomenal. People can now work from these areas; we don’t just have to work in the CBD of big capitals. Technology solutions have really been an enabler,” McCrindle says.

“It’s no longer a commuting class. It’s no longer people living in the region and suburbs but travelling to work in the nearest city.”

In many ways, McCrindle adds, the NBN and the ever-changing digital landscape has given regional towns a leg up on capital cities, where house prices are becoming prohibitive.

“People can see the affordability, the lifestyle and now the ability to work from these places. They’re not just holiday destinations now; people live and work there while holding down well-paid CBD jobs,” he says.

“That’s the new way of life that Australians have responded to: they want to live, work and play close to where they are rather than just commute.