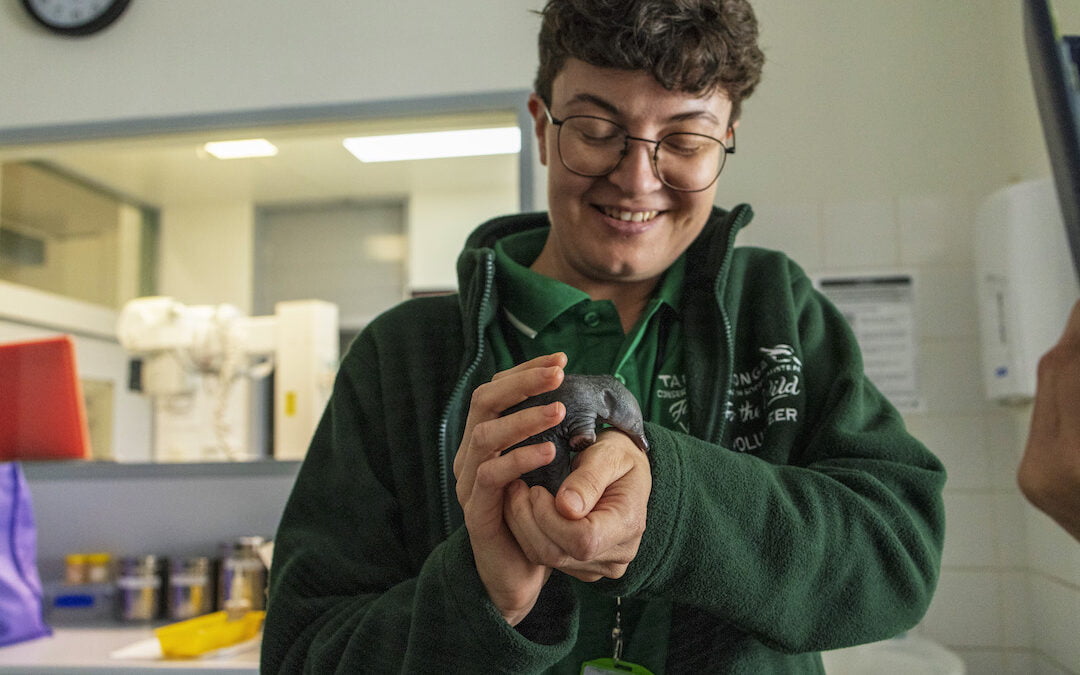 As the warmer months roll in, it’s helpful to remember that spring is an influential time for many animals and wildlife. The increase in temperature causes more animals to stray away from their natural habitat to forage for food, mate, lay their eggs, or give birth. There’s also more opportunity for interaction with humans.

This also means a greater chance for the animal to be admitted to the Taronga Wildlife Hospital.

Recently, many vets at the Wildlife Hospital have been dealing with a variety of animals who have been injured or harmed due to the new climate, such as blue-tongued lizards, green tree frogs, ringtail possum joeys, and many more. Recently, a newly rescued animal was brought into the hospital to be cared for. 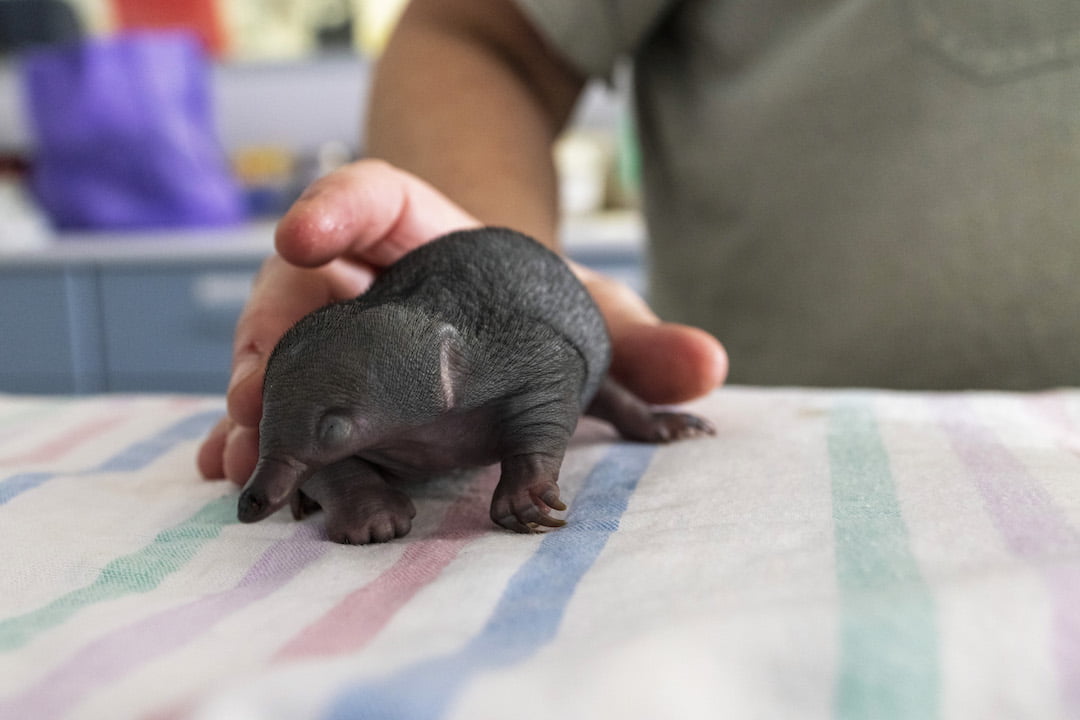 A few weeks ago, a short-beaked echidna puggle was found on the side of the road and brought to the wildlife hospital. Lying nearby was the puggle’s mother, who had sadly passed away. The baby echidna was found on Sunny Road in Mudgee, hence the name Smudge. It is estimated to be about 25-30 days old, weighing 107g and 10 cm in length. Nurse Sarah Male has been caring for the puggle since his arrival at the hospital.

Due to its age and size, taking care of the puggle is a very tedious process. Sarah must feed Smudge several times a day by placing formula on her hand with an eyedropper. This method mimics the way a puggle would feed from its mother. Due to their lack of nipples and teats, echidnas secrete milk through their pores for their young. The formula being provided to Smudge is a special mix for orphaned echidnas, and it’s currently taking in around 4mls during each feeding session.

Puggles use a lot of energy when they eat and need time to rest after, so Sarah places it back inside a towel-lined container that acts as a home. A puggle at this age would typically burrow itself in a cool environment, so Sarah monitors the container to make sure it stays between 20-30 degrees. At night, Sarah takes the puggle home with her and will be acting as its surrogate mother for at least six months.“Smudge seems to be in good health and is eating well now so we’re hopeful it will grow into a healthy, strong echidna,” she says.

Taronga owns two wildlife hospitals, one at Taronga Zoo Sydney and another at Taronga Western Plains Zoo Dubbo. The Taronga team is made up of professionals and delivers first-class care to the 5000+ animals on site, as well as the 1500+ wildlife cases per year. It is thanks to the Taronga Wildlife Hospital team that over 150 koalas were treated during the NSW bushfires in 2019/20, 120 surgeries were performed each month, 80+ turtles were rehabilitated and released each year, 7 native species were saved from extinction, and 50,000 animals have been released back into the wild.

In addition to the puggle, the Taronga Wildlife Hospital has recently rescued a turtle hatchling found at Bondi Beach in August 2022. They also took part in the birth of 17 endangered chuditch in July 2022. 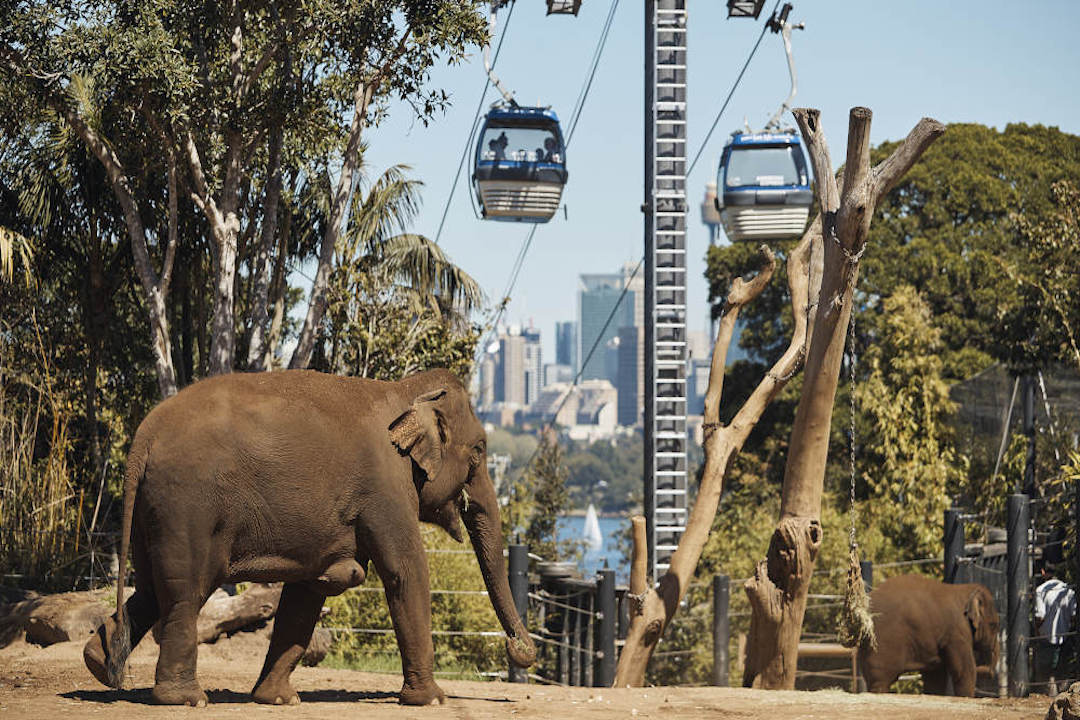 Taronga offers many programs that teach students about wildlife conservation and show them the necessary steps to save species from extinction. They also have a variety of volunteer programs for those who have goals to work in animal conservation or wildlife studies eventually. Among these programs are nutrition volunteers, who prepare animal diets, pathology volunteers, who help strengthen veterinary science or animal biology skills, and environmental sustainability volunteers, who assist in the development and implementation of sustainability initiatives.

In their many efforts to support Australian wildlife, Taronga has created a fund within the Taronga Foundation for our Wildlife Crisis Appeal. Any funds donated to the cause will be applied to the recovery efforts for all of the wildlife impacted by fire and the drought. For many of the species impacted by the fires, recovery programs will be essential to their long-term survival.

Taronga remains a leader in developing successful recovery programs. Because of their combination of skills across science, genetics, behavioural management, and animal studies, they can facilitate the reproduction of micro populations that will thrive if released into the wild.

If you’d like to learn more about how you can support Australian wildlife, check out this article on the Koala Protection Act.