The many moving parts of Australia’s oyster industry 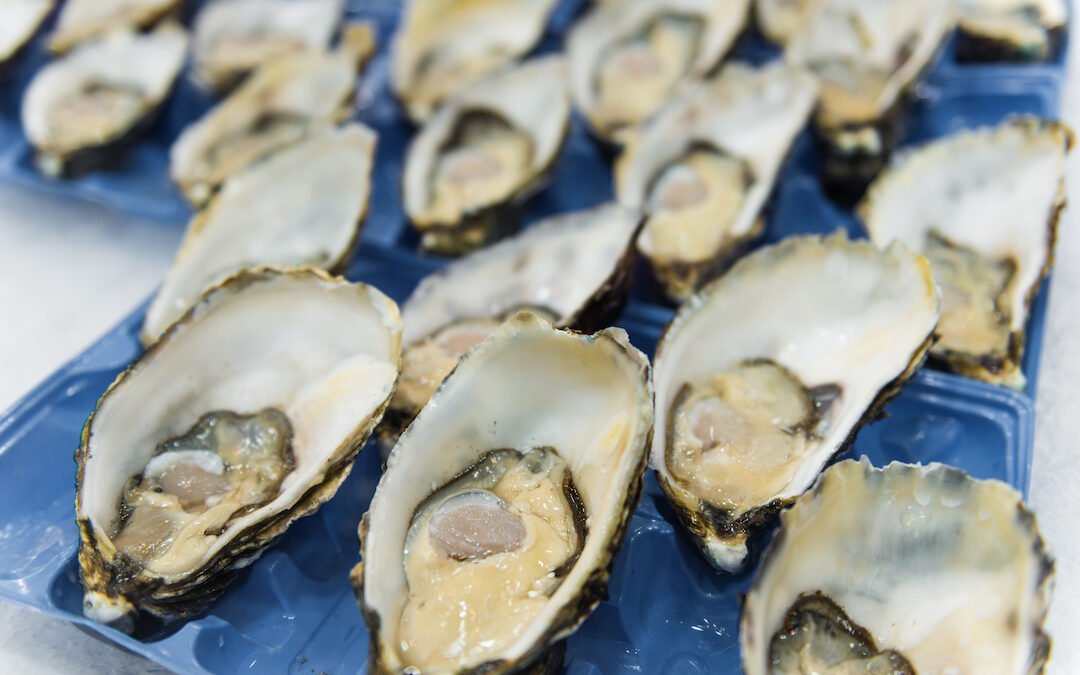 Australia’s oyster industry is a delicate operation with many moving parts.

We explore how oysters get from nursery to farm to plate, all in time for Christmas. 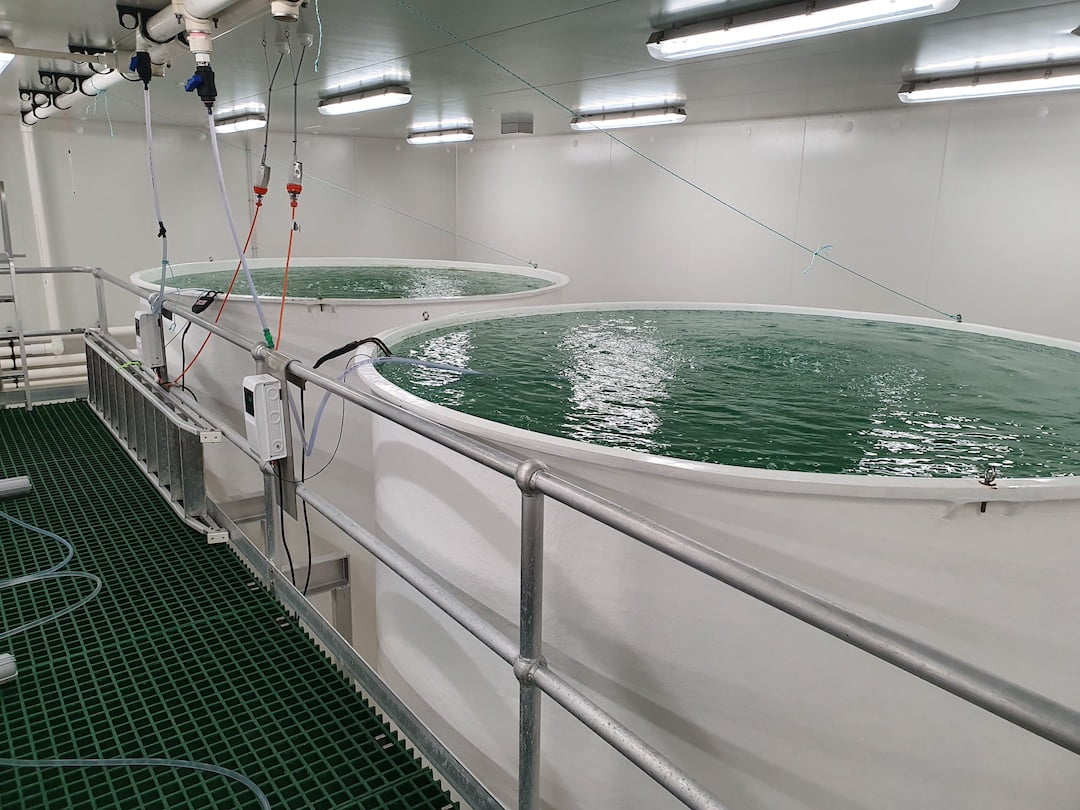 “He was a bold man that first ate an oyster,” wrote the Irish satirist Jonathan Swift of the gooey, chewy tidbit with taste profiles that range from salty to sweet, and flavours as diverse as cucumber and copper.

We will never know who that first man (or woman) was, although we do have some idea of when it was. Evidence of oyster consumption in the form of fossilised shells dates back to the Stone Age: 2.5 million years ago to 9600 BCE. In South Africa, archaeologists have uncovered evidence of shellfish dinners enjoyed by humans that are 164,000 years old.

Oysters were cultivated and eaten by the upper class in Ancient Greece. Wealthy Romans loved them too and were the first to claim that oysters act as an aphrodisiac – a claim that has never been scientifically proven.

Oysters were an important food source for Indigenous Australians for thousands of years as evidenced by the large number of kitchen middens found along the country’s coastline. Commercial oyster harvesting in Australia started almost immediately after European colonisation in the 1870s with the exploitation of natural oyster beds. They were exhausted within a century and are yet to recover.

Oyster farming had primitive beginnings in New South Wales, before the practice expanded into a high-tech industry with farms in every state. Here, we’ll explore the process of how oysters are spawned, farmed and shipped to stores through the tales of three experts. 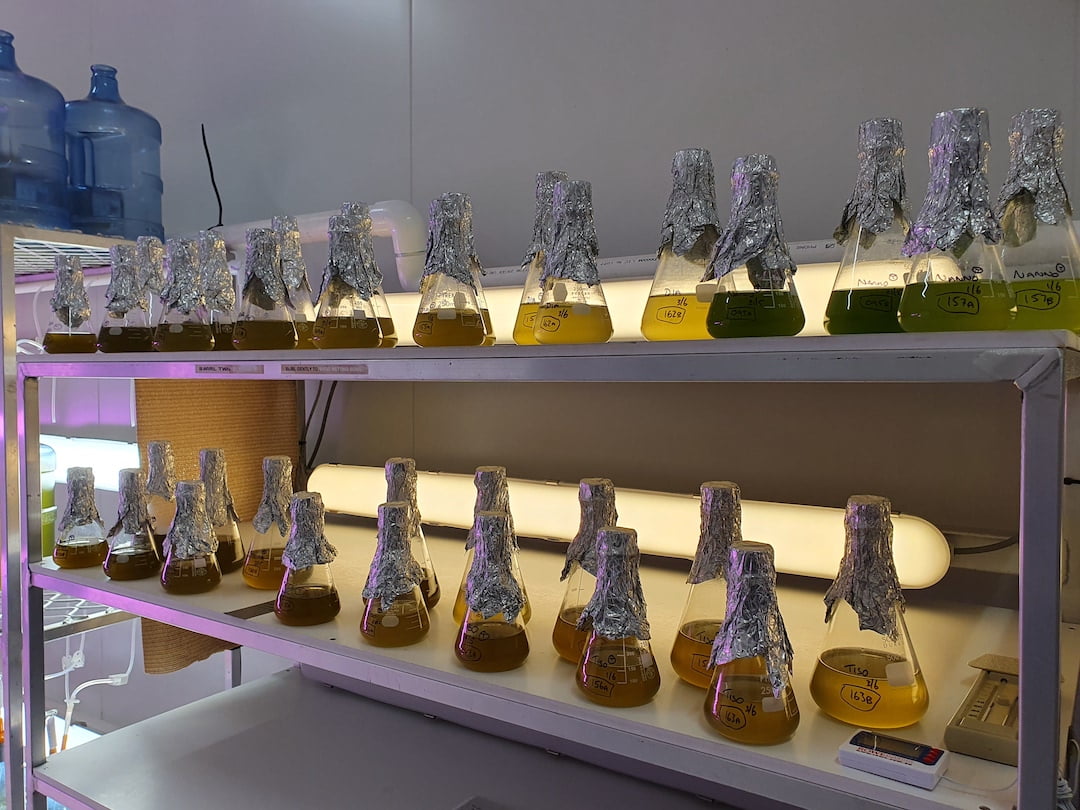 Where do baby oysters come from? From adult oysters, obviously. But it’s a lot more complicated than that, explains Jonathan Bliton, director of the state-of-the-art $3.5 million Albany Shellfish Hatchery in Western Australia.

“First,” he says, “we put the adult oysters in a shallow tray with flowing seawater where we try to simulate what happens in the wild during the summer. Cool water comes in from deeper parts of estuaries or bays and washes over them. Then the sun heats the water and the oysters release their eggs and sperm on the outgoing tide. We cycle the temperature up and down in the spawning tray to mimic this phenomenon to induce spawning and carefully mix the sperm with the eggs to ensure high rates of fertilisation.

“Next,” Jonathan says, “we tip buckets of fertilised eggs into a 20,000-litre tank bubbling with heated seawater. If all goes well, the eggs hatch out into free-swimming larvae. After 48 hours, we put them into a clean tank and feed them cultured microalgae – repeating the process every two days. It’s a very technical operation and it uses a lot of manpower and energy.

“After the free free-swimming stage that lasts about three weeks, the larvae choose a place to settle and metamorphose into what we call ‘spat’ – tiny oysters half a millimetre in size. They spend the next three months in the nursery where we fatten them up with cultured microalgae until they reach 2mm. Then they’re ready to be delivered to farms.” 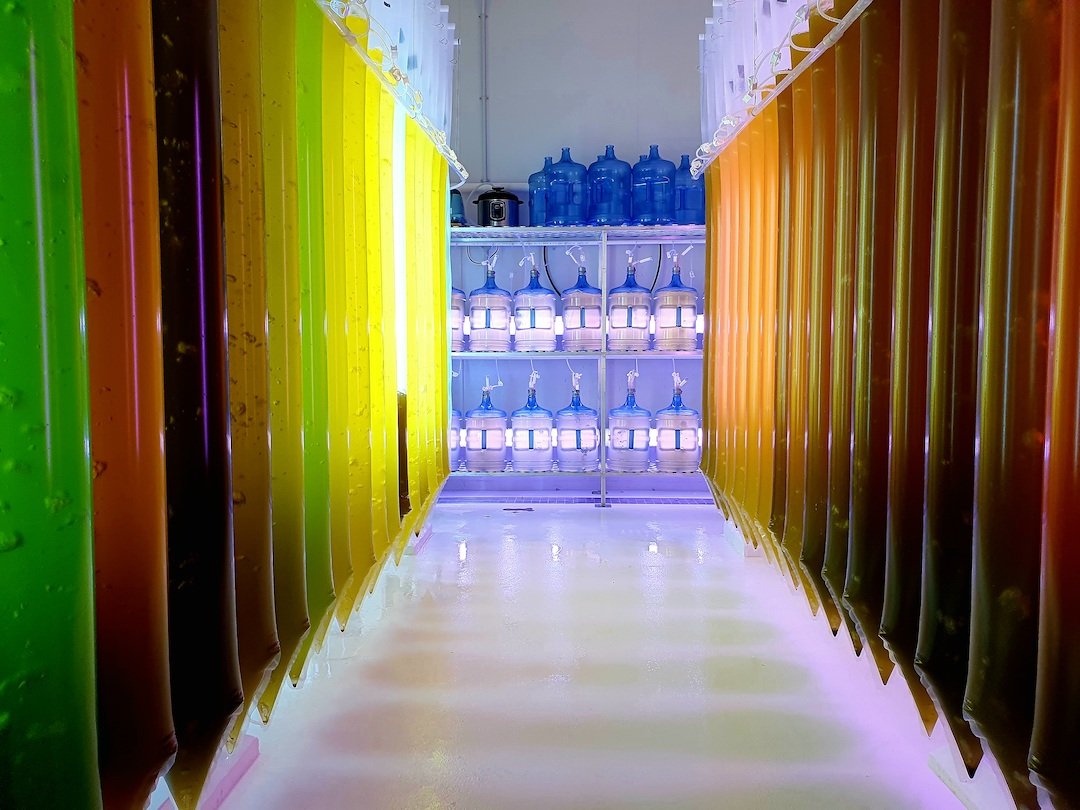 “We hold lease number 001, which gives you an idea about our heritage,” Justin says. “We produce up to 250,000 dozen oysters each year and in the next three to five years we hope to double or triple that. But with oyster farming,” he adds, “Mother Nature can be quite tricky. Planning around her is always difficult.
“The first thing about farming oysters is that we can’t see them. They mature in seawater and success is dependent on sunlight, temperature, nutrients and other things we are not aware of. It takes about two years for an oyster to fully mature from a spat. And if for any reason they don’t get fat, there’s nothing we can do about it,” he says.

“Six years ago, we experienced a tragedy and lost 99% of our stock (about 25 million oysters) to a disease called Pacific Oyster Mortality Syndrome. It made things incredibly difficult. We didn’t know what the future might hold and it took us about four years to get back on our feet. Many of our colleagues in NSW are going through a similar thing right now with QX disease. It means we’ll have the chance to sell a bit more stock on the mainland this year, but fingers crossed, they’ll come good soon.” 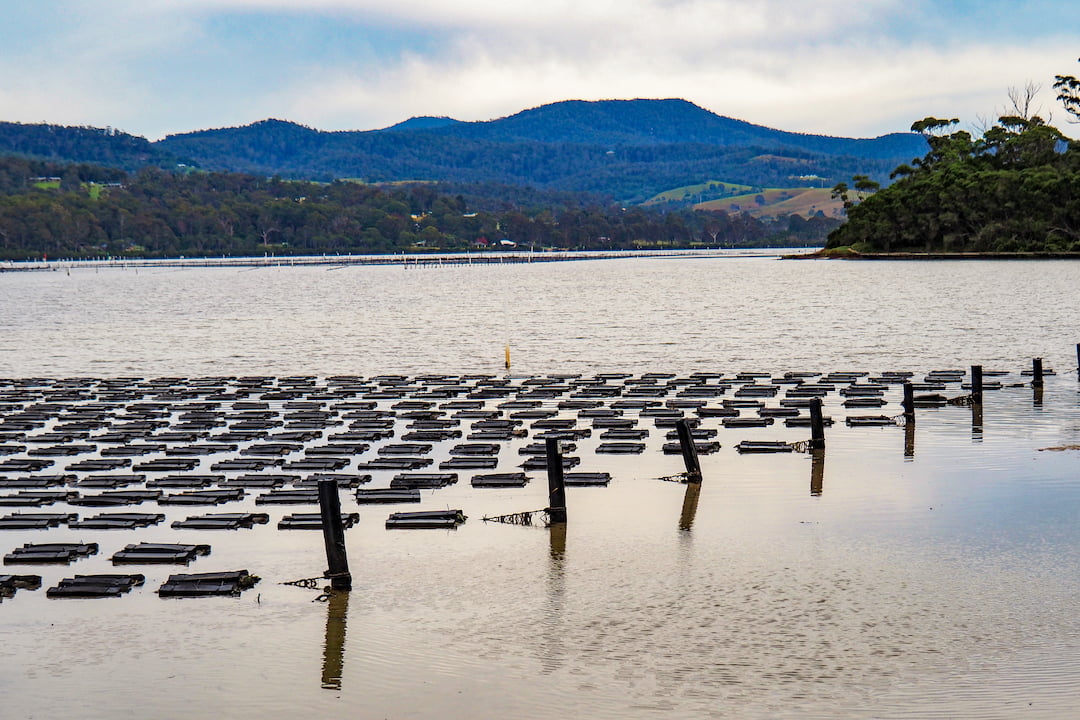 Some of the many oyster beds in the town of Merimbula N.S.W. Australia. The town is famous for the quality produce of the area.

Every year in the lead-up to Christmas, when millions of Australians on the eastern seaboard buy oysters, Sam Gordon and the team at Blue Harvest are working overtime to help Woolworths, Harris Farms and other retailers meet demand.

“Christmas is a manic time of the year for us but the key is knowing it’s going to be manic and having all our systems and personnel in place so that when the rush comes, everything falls into place,” Sam explains. “We learn more and get better at doing it every year.

“What makes it even more challenging,” he says, “is that oysters have a short shelf life – even shorter than prawns. Pacific oysters have a shelf life of seven days once they’re harvested, though when we ship them from Tasmania we only get five days. Sydney Rock Oysters only have two to three days of handling time, however, there are ways of extending that. We have processing tanks in Jervis Bay where we can hold them in 8-degree water for several weeks.

“Every moment of what we do is crucial,” he says, “because oysters live in a marine environment that is outside of farmers’ control. So, if you have a sudden change in temperature or salinity and suddenly there is a loss in quality, we have to source oysters from another region. That’s why we represent about 25 farms up and down the NSW coast and as far south as Tasmania. Christmas just wouldn’t be Christmas without oysters.”

For more on the use of technology in the oyster industry, check out the Smart Oysters app.