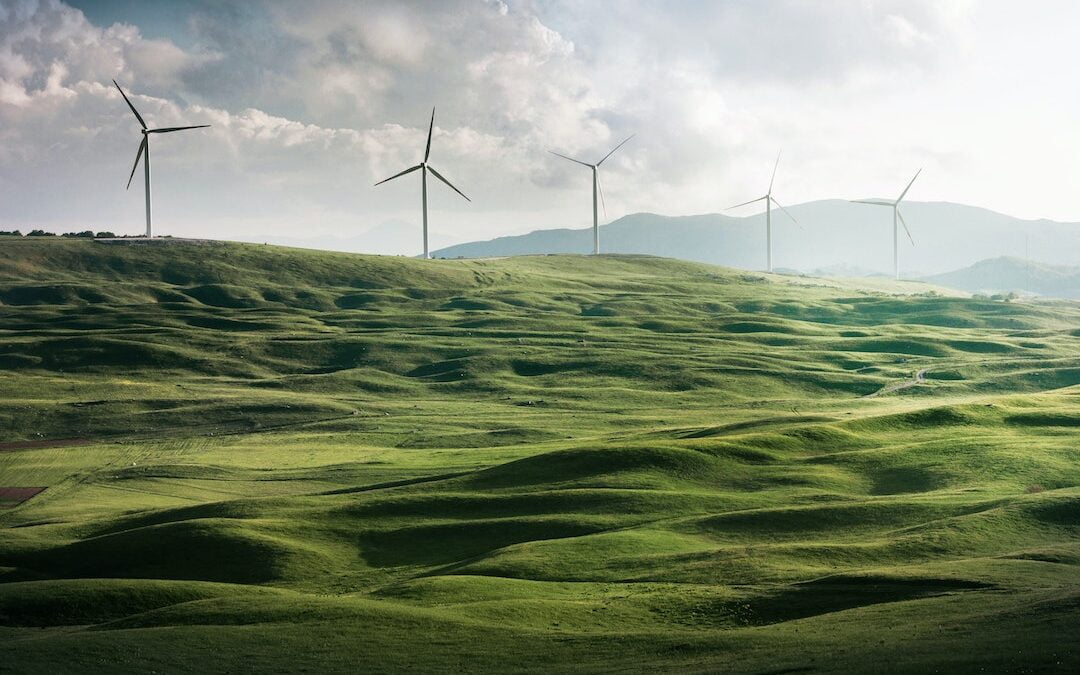 In the not-to-distant future, green hydrogen promises to replace diesel fuel and nitrogen-based fertilisers – and it’s completely emission-free. But what exactly is green hydrogen? And when will we be able to buy it at the corner store?

More than 200 years have passed since Swiss engineer François Isaac de Rivaz invented the first hydrogen-powered combustion engine and fitted it to a vehicle. And more than 50 have passed since the terms ‘hydrogen economy’ and ‘green hydrogen’ were coined to describe the process of making hydrogen from renewables such as wind, solar and hydro.

Yet green hydrogen and all the wonderful things it can do – from powering hard-to-electrify sectors like long-haul transport to creating emissions-free fertiliser – remains a mystery to most of us: a buzzword that comes and goes. In 2009, for example, New Holland Agricultural developed the world’s first hydrogen-powered tractor. Trials showed it could perform all the tasks of the company’s T6000 tractor only with no emissions and in near silence. But it was never commercialised.

“Hydrogen has come and gone a couple of times. It’s almost like the rings of a tree,” Dr Daniel Roberts, leader of the CSIRO’s Hydrogen Energy Systems Future Science Platform, commented during a recent webinar hosted by Farmers for Climate Action.

“What we have that we have never had before is a really strong global market pull for green and clean hydrogen,” he added. “People really want to see things change. There are government strategies and funding schemes in place. Germany is looking to Australia to supply hydrogen as part of their transition to zero emissions. Japan and Korea have energy plans that rely on low-carbon and green as part of their transitions to zero emissions. It is really clear that things are different this time.” 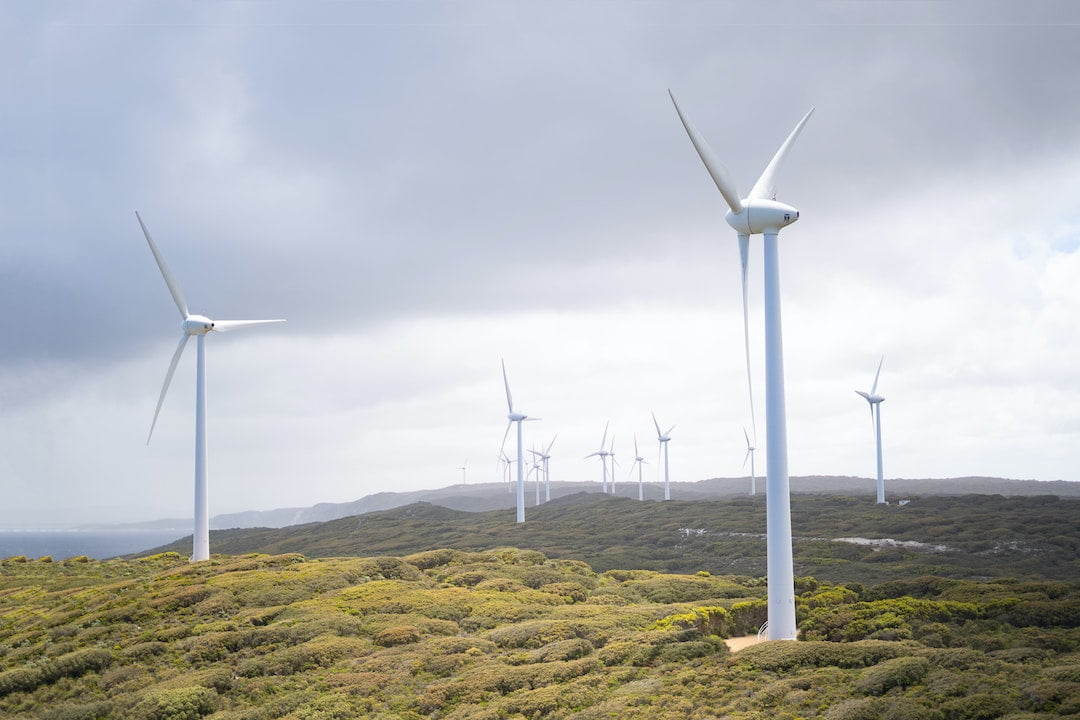 ‘Green hydrogen’ was coined to describe the process of making hydrogen from renewables such as wind, solar and hydro.

Hydrogen is the most abundant element on earth. It is found in water, carbohydrates and all kinds of chemicals. But hydrogen rarely exists by itself in nature. It must be extracted through electrolysis – where you put negative and positive electrodes in water and turn the power on. The hydrogen moves towards the negative electrode and rises to the surface in the form of gas bubbles, where it can be captured.

Hydrogen made from coal and gas – by reacting them with steam – is already widely used for industrial feedstock, liquid fuels and reductants. But it makes a hell of a lot of CO2. Hence the names black, brown and grey hydrogen.

Green hydrogen is different. It uses renewable energy sources to power electrolysis, leaving nothing but water and hydrogen in its wake. It is easily converted into ammonia, a fuel source suited to slower speed diesel engines in ships and trucks.

“Hydrogen will be a major contender to replace diesel,” Mark Wallace, principal engineer at EnergyLink, a consultancy in Sydney, said at Exploring Beyond Diesel, an online forum hosted by the NSW Department of Primary Industries. “Having a locally produced fuel source will help shelter farmers from price increases and rapid fluctuations caused by global facts. And hydrogen does not require significant mindset adjustments when switching from diesel.”

“Tractors can be switched to hydrogen with operating hours or refuelling times that are comparable to diesel, which is important during harvest,” he added. “The diesel gen-sets scattered around the countryside can be replaced with hydrogen fuel cells, and the new technology does not have the same rigorous maintenance schedules as combustion engines. Even the way we move and store diesel around the country closely resembles how we would transport hydrogen: tube trailers and storage cylinders.”

Hydrogen can also be used to produce emissions-free ammonia for fertilizer. According to Mark, “studies show using hydrogen-enriched water can increase a plant’s resistance to pests, potentially removing the risk for more environmentally harmful methods of pest control.”

The CSIRO, which already has hydrogen-powered Toyotas, is working on next-generation technology that one day will allow farmers to make fertilizer directly from sunlight, water and some seriously slick hardware. “It’s probably not the sort of thing we can expect to go and buy in Bunnings in a couple of years’ time, but it is certainly on the development trajectory,” Daniel Roberts says.

So why is the green hydrogen door still closed? Because of the high cost of production.

Right now, it costs $8.75 per kilogram to make hydrogen with natural gas, and two to three times as much with solar, wind or hydro power. But multibillion-dollar investments by the government and the private sector in hydrogen and renewables will see the price drop to $2 per kilogram by 2030, according to Australia’s National Hydrogen Strategy and various other sources.

“It is well and truly in the five- to 10-year time horizon. And at that cost, the world becomes a very different place as green hydrogen will be significantly cheaper than diesel,” Simon Helps, business development manager at Energy Australia, said at the online forum.

“Green hydrogen is going to get really, really big really, really quick. We are doing some early work around Moree with the cotton guys where we are looking at putting a spoke-and-wheel model and a centralised electrolyser. If you made that stuff moveable, once you finish irrigating you can bring it back to a central location and power something big like a gin. Then you get two whacks with the same hammer.

“Most of these guys, their two biggest input costs are fuel and fertilizer,” Simon said. “Being able to make those things within 50km of your front door at a cost-competitive price point and not being made subject to the vagaries of whatever else is going on in the world will have a massive impact on our foreign trade balance, and put the focus on regional areas. We have seen a very good example of it in Germany where they were paid to make electricity, and that gave them income security, diversified their labour force and made them lots of money.” Green hydrogen is more than facts and figures: it’s taking shape all around the country as you read this.

Yara, a fertiliser company that operates one of the world’s largest ammonia production plants in the Pilbara, has ordered the world’s first green ammonia floating bunkering terminals, a major step towards making shipping free of fossil fuels. Fortescue Metals will be making green hydrogen at a commercial scale next year and plans to use most of it to make green steel.

In Adelaide, a 1.25-megawatt electrolyser, the largest of its kind in Australia, is being installed. And in Gippsland, H2X Global is manufacturing emergency fuel cells for Bupa retirement homes and outfitting Ford Rangers with hydrogen fuel cells. A hydrogen tractor is on the drawing board alongside game-changing hydrogen solutions for broad-acre farming.

“We have had long discussions with cotton producers out west in New South Wales, who see their expenditure dominated by diesel, who are looking at producing their own hydrogen,” says Tony Blackie, H2X Australia’s VP of corporate relations. “Cotton farmers, wheat farmers and anyone in broadacre who use big multimillion-dollar headers that chew up a lot of gas and have gins running 24-seven, if they had a cheaper fuel source it could push the cost of production down and make our agricultural produce more competitive.”

Australia, Tony says, is a land of inventors. “We invented WiFi. We invented the Hills Hoist. And we have been developing hydrogen fuel cells for 25 years. Previously, we couldn’t get them off the ground because politicians were carrying lumps of coal into parliament. Now, everything has changed.”