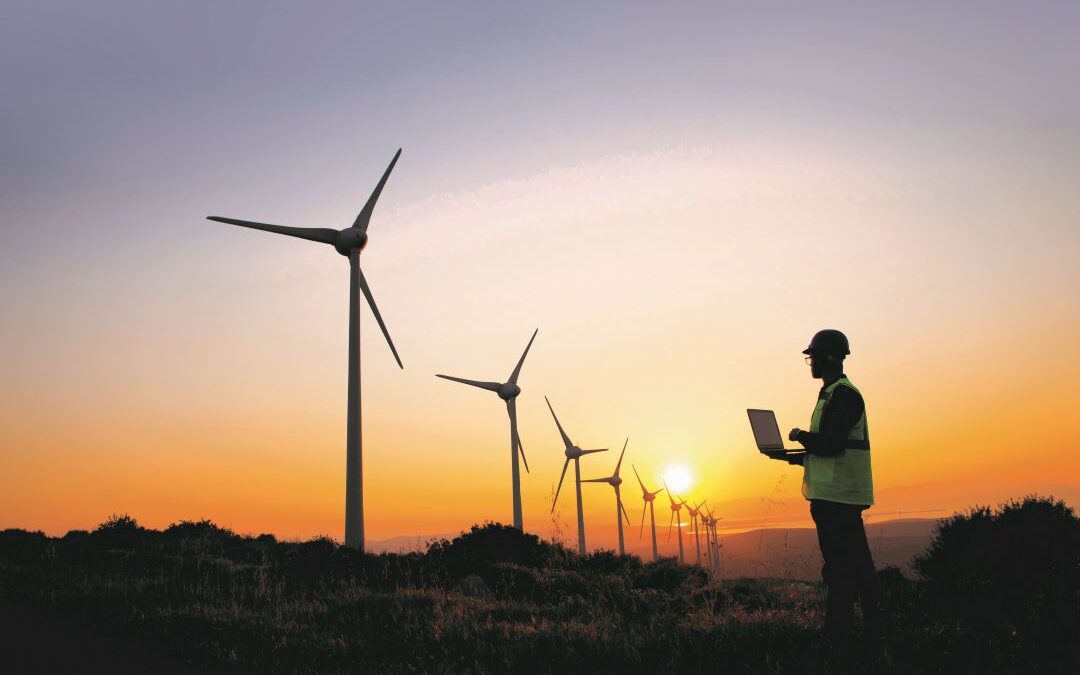 The wind has blown both ways when it comes to discussing renewable energy options. Here’s the becalmed truth on this much-maligned sector.

Temporal lakes, forested ridges and wide flat country bathed in soft pastel colours. These were the views enjoyed by people commuting between Sydney and Canberra on the Hume Highway for more than 100 years.

But shortly after Labor won its last federal election in 2007, the landscape changed with the erection of dozens of massive wind turbines – high-vis proof Labor was keeping their promise to ensure at least 20 per cent of Australia’s electricity supply would be generated by renewables by 2020.

Attack of the clones

Fast-forward to 2014. Federal Labor is back in the Opposition and the wind turbines on the Hume Highway are making headlines again – for all the wrong reasons.
“I drive to Canberra to go to Parliament… and I must say I find those wind turbines around Lake George to be utterly offensive,” Treasurer Joe Hockey told Macquarie Radio. “I think they’re just a blight on the landscape.”

Hockey’s then-boss, PM Tony Abbott, followed through with a one-two punch combination. “When I’ve been up close to these things, not only are they visually awful, but they make a lot of noise,” he told broadcaster Alan Jones. Jones then alluded wind turbines can cause health problems like insomnia, headaches, dizziness, nausea, exhaustion, anxiety, irritability and depression.

Later, Jones also repeated a claim that wind farming was flawed because the wind doesn’t blow all the time. “No matter how romantic [modern industrial people] are, they don’t want to return to pre-modern life. I mean, what are you going to do? Live in the dark?” he asked listeners, reminding them yet again that sustainable energy sources would increase the size of their power bills. All these claims are, of course, a bunch hot air.

The utility companies that provide us with power don’t rely on a single electricity source; instead, they use on a mix of natural gas, coal, wind, solar and hydroelectric. So if the wind doesn’t blow on Wednesday, we won’t be left in the dark on Thursday.

On the health front, 25 different studies – including a 2015 review by Australia’s peak medical research body, the NHMRC – have found no evidence wind farms cause adverse health effects. Yet there is ample evidence linking the particulate pollution from coal plants to heart disease, respiratory problems and cancer.

While electricity generated by emerging technologies costs more than coal or gas, that’s only because there’s no level playing field. A 2013 report by think tank The Australia Institute found Canberra gives the mining industry $4 billion in subsidies annually. In addition, the state governments offer their own subsidies. If you factor in the cost of air pollution created by burning fossil fuels with something like a carbon tax, wind farming becomes the cheapest source of electricity on the market.

Wind farms? Not in my backyard

Nevertheless, the writing appeared to be on the wall for wind farming when Hockey issued his rant. Installed capacity – the maximum output of electricity that a generator can produce under ideal conditions – increased by only 10 per cent between 2013 to 2016 compared to 56 per cent in the two previous decades. In 2017, wind farming took another beating when it falsely blamed for causing statewide power outages in South Australia. This occurred after supercell tornadoes crumpled 23 major transmission towers.

The culture war in which wind farms have been caught is best summed up by a mock crowdfunding petition to erect wind turbines on Sydney’s Northern Beaches, where Tony Abbott lost his long-held federal seat of Warringah to climate-change warrior Zali Steggall in the May federal election.

“It’s only fair that the wake votes in Warringah put up these monstrosities, like those of us who live out in the bonnies do,” commented Mike Trigs, one of 24,000 Australians who signed the petition.

But according to Shlomi Bonet, an environmental scientist and farmer who lives 2.5km from Cullerin Range (one of eight actual or proposed wind farms in the Southern Tablelands of NSW), having a wind farm in your neighbourhood is no big deal.

“What amazed me was the way we were bombarded with so much anti-wind information by lobbyists during the consultation stage,” he says. “I know it sounds like a conspiracy, but I swear they were paid by coal companies; there’s no other reason why someone would say so many bad things about wind farms – noise, vibrations and shadow flickers. I’ve stood right under a wind turbine and felt the flicker. It did not bother me.

“What the wind farm did cause was a lot of friction in the community. The family who has the turbines on their land gets $5000 a year for each turbine; and there are 26 of them. The rest of the community only got half a million dollars. We used it to build a park and hall,” Bonet says.

“And the people who live right next door to the turbines are very bitter. They got a few perks like free Foxtel for life because they lost their TV reception. Plus, double glazing for their windows to block out the noise. I’ve been to their homes and admit the noise can be bad. But again, if you compare it to living next door to a coal power station, well, you really can’t compare the two.”

Despite the campaign to stop wind farming in Australia, the industry has proven unstoppable. In South Australia, 41 per cent of its power is generated by wind. In Victoria, the figure stands at nine per cent, while the national average is brushing seven per cent; almost the same quantity generated by hydropower.

But thanks to exponential leaps in wind turbine technology, wind farming is on track to becoming Australia’s biggest generator of sustainable energy within a few short years. There are currently 94 wind farms in Australia with another 24 either under construction or formally approved. These will boost combined output by a third when they come online.
The not-in-my-backyard phenomena will persist but could be mitigated by strategies used in Denmark and Germany. Such ideas include community sharing of rental incomes, free electricity or degrees of local ownership of wind farms.

But we can also expect to see more anti-wind scaremongering by populist leaders who use the strategy to lure disenfranchised voters.

“Windmills, wheeeee,” US President Donald Trump said during a rally in March. “And if it doesn’t blow, you can forget about television for that night. Darling, I want to watch television. I’m sorry – the wind isn’t blowing!”