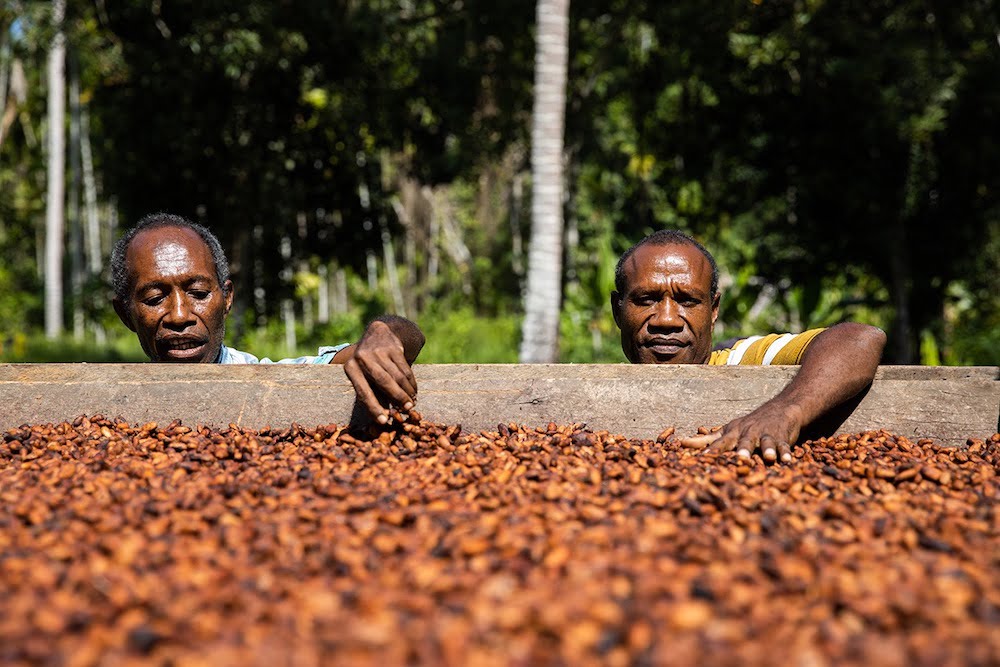 AgUnity is an Australian start-up with ambitions to help change the lives of the 2-billion unbanked last mile communities in the world. The ‘Last Mile’ is rural, remote and low income farmers who are in need of a path to financial inclusion.

Tackling issues of poor connectivity, a lack of digital literacy, and a lack of trust, AgUnity has developed a smartphone and blockchain-based solution for the world’s rural and regional farmers and producers. It is one of the eight Australian start-ups recognised in the international Foodbytes! Pitch for 2021.

AgUnity’s ambitions and mission seem complex but the services they provide are quite simple. The start-up provides low-cost smartphones pre-loaded with the AgUnity platform to smallholder farmers and co-operatives in emerging markets. It’s similar to how you buy an iPhone, and then use Apple services like iMessage and Facetime.

By using the AgUnity device, farmers are provided with a digital ID, an e-wallet for storing receipts and have the ability to conduct transactions, even while offline. They also have access to a Learning Centre which contains relevant information related to farming and finance, and a marketplace in which to purchase goods. Once a farmer has been digitally onboarded, they can be further connected to companies providing goods and services such as microfinance, insurance and farm inputs directly via the platform.

There are tens of thousands of organisations around the world who are attempting to work with and support communities in what AgUnity calls the ‘Last Mile’, but they all struggle to connect with them effectively. By using AgUnity devices and the platform, these organisations can effectively operate their missions.

An example of an organisation that can benefit from AgUnity is a microfinance provider who is looking to disburse more loans to farmers in rural areas. By using the platform, the financial providers can access full digital profiles of farmers and freely connect with them. As farmers continue to conduct their transactions through the platform, they passively build up a basic credit profile. The loans can even be administered through AgUnity, to ensure everything stays above board.

It’s a great concept, and it has an even better ethical backing. AgUnity has established itself within the ethical commodity and global development market as a leading tech company, having won contracts with Fairtrade International, UN Capital Development Fund, World Food Programme and more.

The start-up has garnered interest from across the world, but the majority comes from emerging markets in Sub-Saharan Africa, SE Asia, South America and the Pacific. AgUnity is succeeding in these geographical areas because of its simplified technology that is designed for low-literacy, first-time technology users in remote and rural areas.

Recently AgUnity has helped to create a digital utility token, AgriUT, connecting customers directly with farmers in AgUnity’s network. Imagine you take a sip of your latte and think it’s a delicious coffee, the digital token will let you know where exactly the coffee beans came from and you can tip the farmer directly.

AgUnity aims to have reached over 25 million farmers in the next decade, and become the brand that is associated with technology and software designed for emerging market economies and global agricultural supply chains.

Meet the other start-ups here: