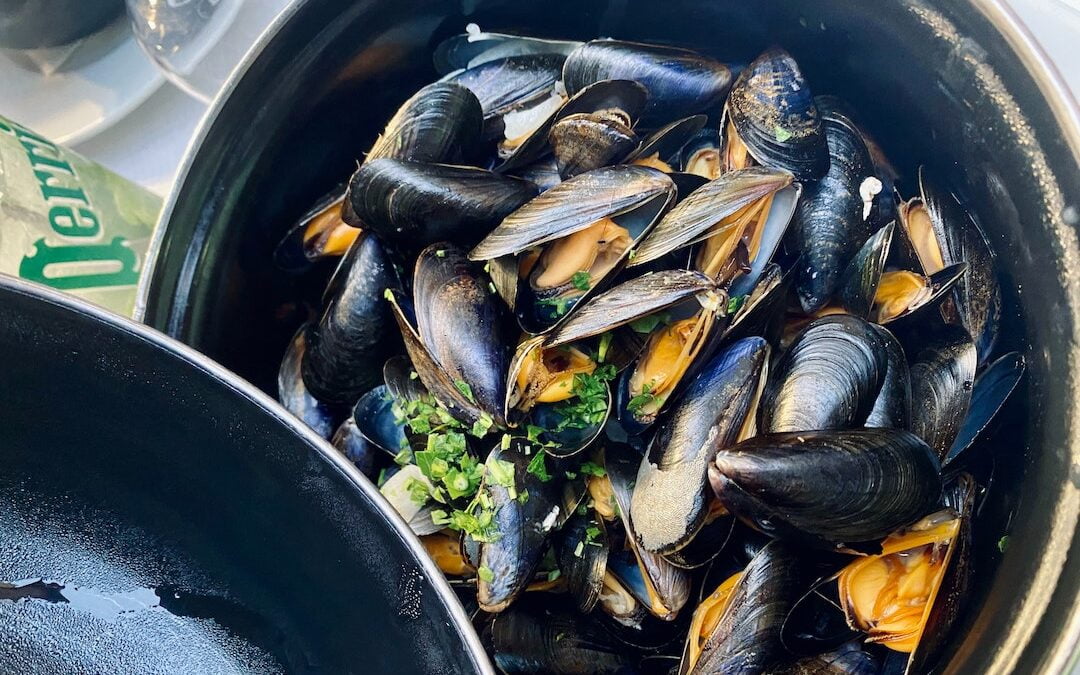 Australian mussel farmers have proven rather than looking up towards the sky for the future, we should be looking down below the water.

EP Seafoods, based in Port Lincoln South Australia, have been helping scientists from the Australian Marine Conservation Society (AMCS) crack the code of what makes a superfood ‘super’. It turns out the answers may lie inside a few tasty Australian mussels – and it may settle the debate on whether seafood can be sustainable.

The supermarket aisle in recent years has turned into the Wonderland Maze with an array of health buzzwords, overpriced grain, confusing nutritional details and an entire section of ‘superfoods’. In layman’s terms, a ‘superfood’ is any natural food product with an exceptionally high nutritional value.

Flax Seeds, for example, have a 42 per cent fat content, and 72 per cent of that fat is Omega 6 fatty acids and Omega 3 fatty acids. Rather than eating a case of canned Tuna, you could simply put a teaspoon of flax seeds in your smoothie and achieve the same nutritional results for Omega fatty acids.

Australians have fallen in love with superfoods, and with love comes looking the other way. Many superfoods are flown half-way across the world, from agricultural areas built off cleared land. The carbon footprint of the ‘health-centric’ industry has grown to an alarming rate.

But there is an answer to all these concerns.

Australian’s have a superfood in their own backyard, rich in iron and protein, and it leaves an environmental footprint lighter than vegetables: mussels.

A report by the AMCS has found that instead of switching to a vegetarian or vegan diet, replacing land meats with seafood is the most sustainable choice while keeping overall health and wellbeing high. It goes on to point out the world’s infatuation with animal protein will become our biggest and most complex challenge as the population grows.

According to the report, rope-cultured mussels could be  the sustainable answer for those looking to cut down on processed, red meats whilst protecting the environment. So how can a humble feeder filter like the mussel, muscle out the rest of the competition?

Mussels contain nearly five times the amount of Vitamin B12 as beef and over eight times more iron than chicken. They are also extremely high in Omega-3 fatty acids, Selenium which supports body function, iodine for regulating metabolism, and protein.

The cherry on top which takes mussels from great to super is their non-existent environmental impact. Mussels don’t require fertilisers, trawling or land to be cleared. It’s as simple as dropping ropes into water and forgetting about them until harvest time.

“The advantage of mussels from an environmental point of view is that you simply put the ropes into the water and they pretty much feed themselves,” says Adrian Meder, Sustainable Seafood Program Manager of AMCS.

“Providing animal protein for our growing population is coming at a severe cost of our environment.”

Andrew Puglisi, Managing Director of EP Seafoods, and a fourth-generation fisherman, has been eager to have scientists to study his mussels. They’ve been flying direct to Port Lincoln on Rex flights. Andrew welcomes them just to prove what he has been claiming for years.

“The health-perks that a single mussel holds are massive. They have been found to improve heart health, lower cholesterol levels and are the cheapest complete protein on the market,” says Andrew.

Andrew says his mussels, grown on the Eyre Peninsula, filtered twenty litres of seawater a day and fed off high concentration of sea-based nutrients. His mussels, he says, benefit from the nutrients let off by neighbouring Kingfish and Tuna living in the same catchment.

Eating a bucket of mussels to save the world doesn’t sound too bad. Andrew recommends all Australians should be putting down the steaks and opting for mussels to gain their protein and look after the environment.

Looking to support other agricultural sectors in Australia?