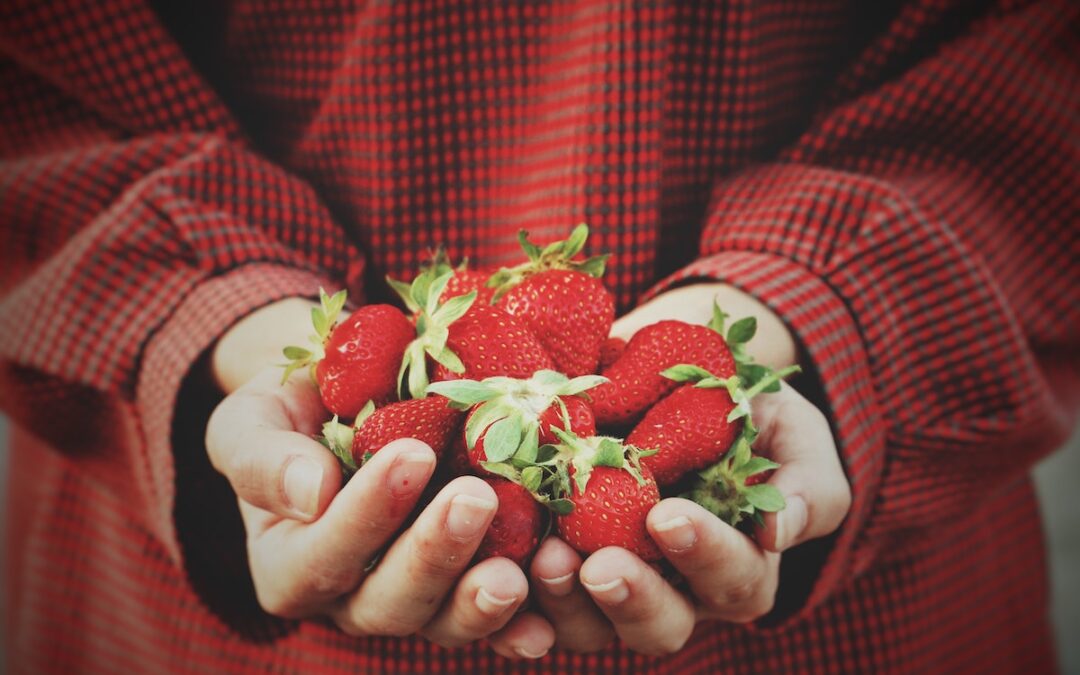 The Australian strawberry industry has been forced to withstand several challenges during the pandemic. Yet, there is plenty of positive news to keep farmers hopeful for the future.

For most of us, the sweet and succulent strawberry is a treat too great to resist. It’d be difficult to find many Australians that don’t love strawberries.

And, beyond the delicious taste, these sumptuous red berries carry multiple health benefits. Just half a punnet (125g) contains more than 100 per cent of the recommended dietary intake of Vitamin C for a day, and a solid 2.5g of dietary fibre.

But what most of us might not realise as we savour every mouthful, is that the industry has been forced to withstand several challenges during the pandemic. Though it’s not all doom and gloom – there is plenty of positive news on the strawberry farming front too.

There have been the usual ups and downs relating to weather which growers have come to expect. The biggest challenge recently has been related to labour.

Strawberry production in Australia is currently coming out of the southern States; predominantly Victoria and Tasmania, with a little help from South Australia, the southern region of WA and the Granite Belt in Queensland. From all reports, production has been going well.

Strawberry growers are accustomed to dealing with changes in the weather, but the labour shortages occurring across the industry will play a huge role in dictating the volumes of fruit available to consumers for the foreseeable future.

Strawberry production is one of the most labour intensive of all horticultural crops. For many years, it has been heavily reliant on backpackers and working holiday visa holders.

According to Rachel Mackenzie, executive director of Berries Australia, the labour shortage is the most crucial challenge of all.

“With the vast majority of these people having now returned to their home countries, and no definitive date set for international travel to return, the industry simply does not have enough labour to harvest the volumes of fruit that we have come to expect,” Rachel says.

“Growers are having to plan cutbacks on the number of plants going in the ground based on the limited amount of labour currently available. A number of growers have taken up the Seasonal Workers Program and Pacific Labour Scheme, which are great initiatives and are providing a strong workforce from the affiliated countries. However, due to some of the complexities associated with these programs, not all growers have access to this labour source.”

Initiatives to encourage unemployed Australians to consider fruit picking as an alternative income stream have also resulted in limited uptake. But Berries Australia will continue to work with State and Federal Government, as well as other industry bodies, to search for a solution.

The majority of strawberry export in Australia comes out of WA. However, an increase in export opportunities and international market access is a priority for the industry.

Between 2017-2018, strawberry production was valued at $303 million with exports valued at $29.7 million, indicated in a study released by Planet Health Australia.

According to Rachel Mackenzie, due to the cost of production in Australia and challenges associated with effective management of a soft fruit through the international supply chain, it has always been difficult for Australian strawberry producers to compete with other strawberry producing countries for supply to various markets.

“However, advances in supply chain efficiencies and production methods means that we are able to explore options for export more extensively and we are currently doing that,” Rachel says.

History of the strawberry

The strawberry belongs to the rose family (rosaceae) and is one of more than 20 species of flowering plants belonging to rosaceae and their edible fruit.

The ‘garden strawberry’ is the hybrid species of the genus Fragaria, collectively known as strawberries. Loved for its unique aroma, bright red colour, juicy texture, and sweetness, the garden strawberry was first bred in Brittany, northern France in the 1750s.

It came about as a cross of Fragaria virginiana from eastern North America and Fragaria chiloensis, which was brought from Chile in 1714. According to Berries Australia, cultivars of Fragaria × ananassa have been replaced, in commercial production, by the woodland strawberry (fragaria vesca), which was the first strawberry species cultivated in the early 17th century.

Strawberry production began in the 1950s in Victoria’s Yarra Valley, as migrant families settled on the outskirts of Melbourne in areas with rich, fertile soils. These days Victoria is home to around 100 strawberry farms, from Portland in the south west to Wodonga in the north east, while 75 per cent of the farms are still located within the Yarra Valley.

During the 1950’s strawberries were only distributed through the Melbourne market until the first consignment of strawberries was introduced to the Sydney market in the 1960’s.

These days strawberries are distributed to markets throughout Australia’s eastern seaboard and exported throughout Asia.

In Wagga Wagga, NSW, Bidgee Strawberries and cream (BSC) is a great example of agri-tourism. BSC grows delicious berries using hydroponic systems, minimising chemical use and optimising water and nutrients in the most efficient way possible.

For a small fee, visitors can pick their own chemical-free strawberries as well as indulge in homemade strawberry ice-cream or sorbet. Visitors can also learn about hydroponic farming and Integrated Pest Management techniques, as well as learn when and how to pick strawberries.

BSC owners Michael and Kylie Cashen say the pandemic has been challenging in some ways, but they feel lucky they haven’t had to deal with any major restrictions.

“The biggest challenge was initially understanding the challenge. We needed to see what activities were permitted and how we could protect our staff and customers from any potential risk. We also had to meet increased demand and broader visitation – outdoor activities are viewed as a safe place,” Michael says.

“Other challenges included maintaining processes and protocols for safe visitation and sourcing backpackers to harvest the fruit. But we’ve been in the envious position of not having any significant restrictions on our operations throughout the pandemic, apart from initially closing our covered seating area which has now been reopened.”

“Another challenge was having a wet start to the season. This meant much of our fruit was pushed into our range of jams and ice cream products which are very popular. Just prior to Christmas, we received approval for the construction of the new cafe, roadside stall and processing facility which will start construction in the coming months.”

The good news for the strawberry industry is the Australian Strawberry Breeding Program, based in Queensland, is working on the development of varieties of strawberries to suit all the growing regions of Australia.

According to Rachel Mackenzie, the program has had extensive success in Queensland (sub-tropical production region), particularly with a variety known as “Red Rhapsody.”

“The Red Rhapsody now accounts for the majority of strawberries available in store during the winter production season,” Rachel says.

“The program is also developing and trialling a number of varieties for the temperate growing regions (southern states) and for export markets. It is also responsible for the white strawberry that has been promoted recently, together with a number of other potential niche market options. So, overall, there are positive times ahead,” Rachel says.

Want to read more about Australia’s agriculture industries? Here’s a few of our favourites:

Australian avocados on the rise