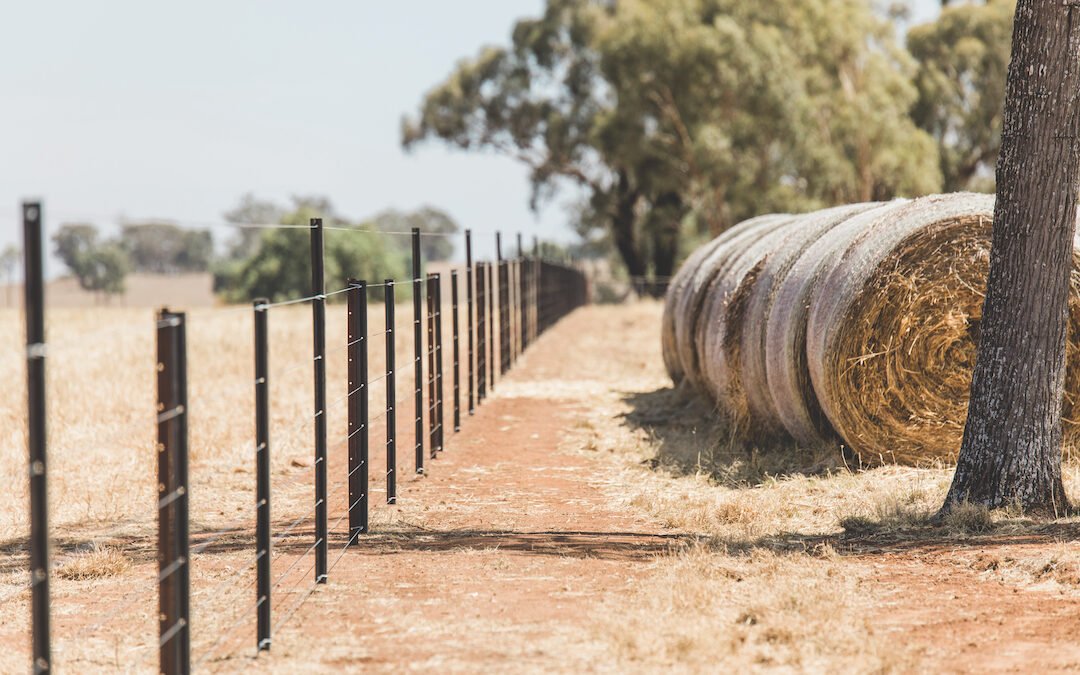 Little more than a year after bushfires destroyed 85,000 kilometres of fencing, floods have wreaked further havoc but one thing is certain – Australian farmers are building back better.

The bushfires of 2019/20’s ‘Black Summer’ were among the most destructive in living memory and on top of houses, sheds and livestock, farmers and graziers all over NSW have lost 85,000 kilometres of fencing. Barely a year on, when many properties are yet to replace exclusion fencing lost during the bushfires, a one in a hundred-year flood event has further devastated many parts of the state again.

Farmers are still counting the cost of the floods, but as they rebuild fences, they will not be simply rebuilding fences the way they were; they are building back better. There may be little flexibility when it comes to where boundary fences go but manufacturers are seeing a new emphasis on design. There is a steady trend away from traditional hinge joint, barbed wire and plain wire fences towards exclusion fencing that increasingly incorporates an electric component. Farmers are also seeking to be more efficient as they replace internal fencing by eliminating niggling issues such as fence lines that cause erosion due to poor orientation and the like.

According to Gallagher’s regional sales manager for Southern Australia, Anthony Fitzgerald, the trend is being driven by several factors. Farmers are looking to protect their animals from wild dogs, and grazing techniques such as adaptive multi-paddock grazing and feed budgeting are growing in popularity as livestock farmers seek to use their land more efficiently by excluding wildlife and feral animals.

Waratah’s NSW Rural Sales Manager Daniel Crisp agrees. “There’s a huge trend towards exclusion fencing. People are doing time control grazing, feed budgeting and closely matching stocking rates to carrying capacity. It’s much more difficult, even impossible, to use these techniques effectively without some sort of exclusion fencing to control the number of mouths on a given paddock. A large-scale grazier in western New South Wales put it this way: ‘I don’t mind feeding my roos, they belong here. I just don’t want to feed my neighbours’ roos and the roos that come out of the forest at dusk.’”

Electric has increasingly supplanted hinge joint as the preferred method of exclusion fencing. Hinge joint is more expensive to buy and build than the multiple strands of plain 2.4 mm high tensile mostly used for exclusion fencing; especially in hilly or undulating country, says Fitzgerald. “Electric fencing’s plain wire is more friendly to small native animals such as gliders and turtles, but it is effective against wild dogs, wombats and kangaroos because their soft, fleshy paw pads conduct electricity so well. Lastly, farmers and graziers can add electric on a high/low offset which extends an existing hinge joint fence’s life by reducing physical pressure on it. This also increases its effectiveness.”

Fitzgerald adds that one of the many factors driving this trend is that the technology has improved vastly in the last decade or more. “Exclusion fencing – both for roos and wild dogs – has come a long way since the 1970s when Gallagher pioneered electric fencing, and we’re seeing a definite increase in people investing in it.”

Over the years electric fence manufacturers have developed a better understanding of animal behaviour and the different ways that roos, wild dogs, feral pigs and deer interact with electric fences. They are all different and that research and development has led to electric fencing being more effective, says Fitzgerald. “We’ve also found that conventional hinge joint fences are more effective and last longer when they have a hot wire down low as it stops wombats pushing up apron fences.”

A similar effort has gone into reducing the level of maintenance needed for pure electric fencing such as Gallagher’s exclusion fence partner, Weston Fence, by improving control and communication technology. “We have developed adaptive control units with remote control technology and fence communication and monitoring that is game changing,” says Fitzgerald.

“A property’s fences can be divided up into as many as seven zones. When coupled with a farm map that has the zones clearly marked, a manager or station hand can identify the general area where the problem is occurring from the controller. Gallagher also has a Wi-Fi module and app that extends this capability into the paddock, but even with just a central controller, the amount of time saved versus having to physically run the boundary is significant.”

While many farmers are focused on wild dog, macropod and wombat exclusion, Crisp says feral deer and pigs are also causing issues for both livestock farmers and crop farmers. Indeed, in some cropping regions, pressure from deer and pigs is reversing the trend towards pulling out fencing to increase the size of crop fields. “A lot of crop farmers are looking at exclusion fencing because they want to protect their crops from feral pigs and they’re also getting back into sheep to help improve fertility and diversify their income.”

Whatever the reason for investing in exclusion fencing, both Fitzgerald and Crisp agree that fencing upgrades pay for themselves quickly with returns on investment of around two years not uncommon.