Meet Mr Yum, saviour of the hospitality industry during COVID-19 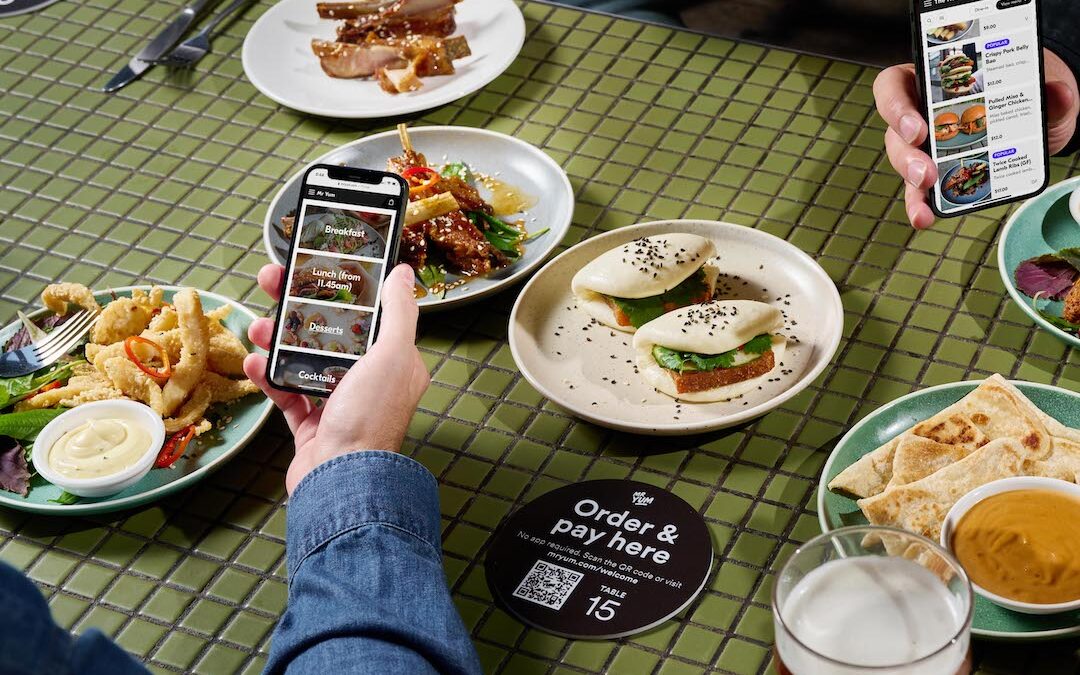 Meet the Aussie tech start-up whose customer base skyrocketed by 2,700 per cent in a single year, now servicing 10 million customers around the world.

Traditionally, the adoption of new technologies hasn’t moved fast. The telephone was invented in 1876 but it wasn’t until a century later that landlines reached a saturation point in households. After mobile phones were introduced in the 1980s, 30 years passed until more than 90 per cent of households in developed countries got one. And while these two examples show the speed of technological adoption is accelerating fast, it still takes several months or even years for new tech to become a household brand.

But Mr Yum – an Australian mobile phone ordering system for hospitality venues where customers download QR codes displayed at tables that let them order and pay for items using their mobile phone – has shattered the adoption bell curve. In the past year, its customer base has increased 2700% with 10 million people now using Mr Yum in Australia, the US and Europe.

“93% of total revenue is now attributed to Mr Yum,” says Daragh Kan of 100 Burgers Group, a portfolio of 11 Melbourne restaurants and bars. “It’s almost as high as you can get really when that other percentage is people who didn’t bring their phone or don’t have a credit card. I think it’s pretty amazing to get that high.”

“Mr Yum is one of the fastest-growing startups we’ve ever worked with,” says James Cameron of AirTree, an Australian venture capitalist firm. “What’s more impressive is that the majority of that growth has come from organic, word-of-mouth acquisition.”

A barcode or machine-readable optical label that contains information about the item to which it is attached, the QR code was invented 27 years ago by the Japanese car industry. But outside of China, where QR codes are embedded in the popular WeChat app and downloaded by Chinese citizens several times per day, they never really caught on in the retail space.

Then came the pandemic and huge opportunities for tech companies to cash in with new services that promote social distancing. Suddenly, Mr Yum, which has an embedded check-in tool, solved two ‘real world’ problems in one go: Covid-19 health and safety protocols, and the old-age problem of trying to get an overworked waiter’s attention.

Instead, customers simply scan a QR code at a table thanks to a killer feature introduced by Apple in 2018 and Samsung in 2019 that lets smartphone cameras read QR codes (before that, one had to download an app, which discouraged use). They can then see photos of every item on the menu on their phones with details like ingredients, calories, customer ratings and even language translations. Essentially, Mr Yum is a redesign, a revolution, of an efficient service model that hasn’t changed in generations.

“We give a lot of the credit and speed of the growth of our company to the pandemic and the way the hospitality industry had to change overnight in this instance,” says Kim Teo, Mr Yum’s CEO. “We feel it was inevitable anyway that QR codes would’ve gone mainstream in Australia as they have in China, though it probably would’ve taken another three to five years.”

Some fear this kind of technology slowly eliminates human contact: imagine a dystopian future where no one speaks to each other and the waiters are robots or code. Kim says that’s pure fantasy, that Mr Yum allows waiters to spend more time chatting with guests while eliminating the fiddly, error-prone ‘admin’ side of their jobs. She also claims venues using Mr Yum are selling 20% to 40% more food and drinks because it’s so much easier and faster for customers to order. Venues are therefore hiring more humans, she says, not less.

But the possibility of QR codes being hacked is real. A 2020 report by American mobile security provider MobileIron shows QR codes pose “significant” security risks. Hackers can easily embed a malicious URL into a QR code to gain access to data or credit stored on any phone that scans it. Or they can just stick a malicious QR code sticker on top of a real one. In Russia hackers recently used malicious QR code to make phones that scanned it send texts that cost $8 apiece.

“A lot of the trickery in QR codes is dynamic where hackers redirect data,” Kim says. “We mitigate that risk by managing all the QR codes and redirects in-house. And we’ve just expanded into the UK and the EU, where laws about data privacy are much more strict.

“For example, in the EU, the database cannot be stored in another part of the world and customers’ phone number cannot be printed on an order at a restaurant,” Kim says. “It’s hard for a tech company to have double standards, so any business running in the EU can massively up their game in terms of customer privacy. We have more than 1,100 venues and we had a single breach.”