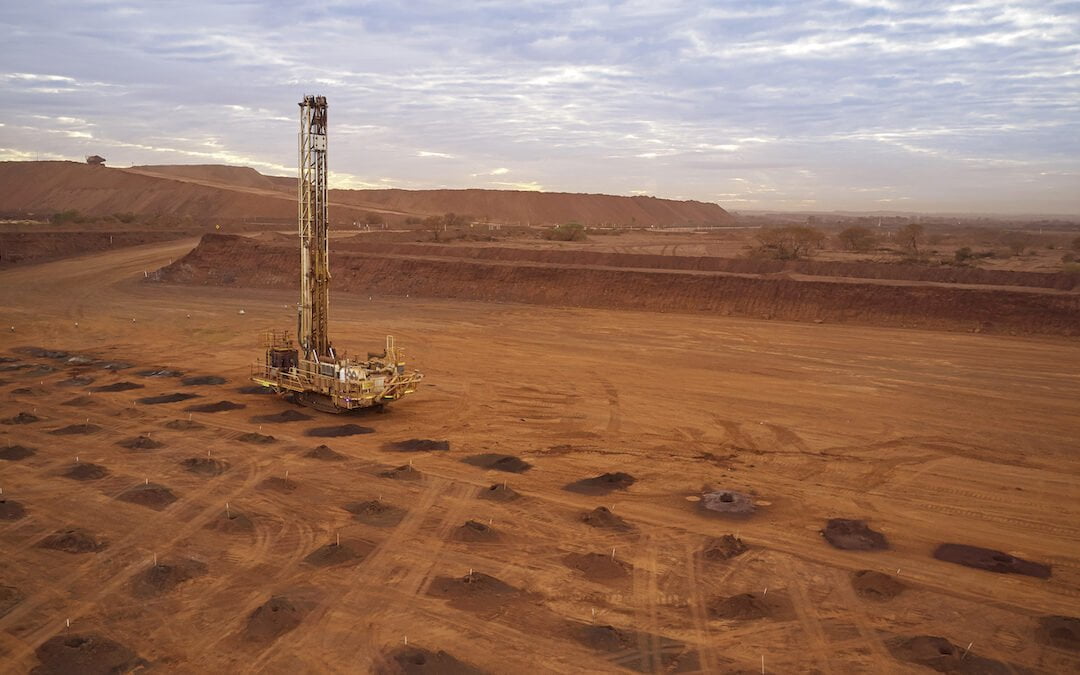 How heavy lifting by iron ore, the red dust from the Pilbara, helped Australia dodge the brunt of the coronavirus recession.

First, it was barley. Then came beef. Wine, timber and lobster followed. Soon it seemed no export-dependent industry was safe from new Chinese import bans and tariffs – all which were introduced in apparent retaliation to Australia’s demand for an independent enquiry into the source and early spread of COVID-19. As China buys approximately one third of everything we export, the potential negative compounded impact for the Australian economy – already reeling from its first recession in 30 years – was dire.

As politicians bickered, an Australian analyst in Singapore published what would soon become a widely-read blog explaining how none of these tariffs mattered in the grand scheme of things.

“The appetite of China’s consumers for Aussie tenderloin and Merlot is insignificant in terms of overall trade. Iron ore, coal and LNG are what really matter,” Gavin Thompson, an energy analyst for Wood Mackenzie, wrote in June 2020. “Despite the increasing war of words, Australia’s energy and natural resources exporters are in overdrive. As China recovers from the pandemic, demand for Australian iron ore imports are up 8 per cent year-to-date respectively versus 2019.”

Thompson explained that while China could theoretically place tariffs on Australian iron ore – which accounts for nearly half of Australia’s $150 billion in annual exports – it would derail China’s coronavirus stimulus packages because nearly two-thirds of iron ore China used to make steel came from Australia at the time.

IRON ORE AND THE BRAZILIAN CONNECTION

China is desperate to reduce its dependence on Australia iron ore and buy more of it from other source countries such as Brazil, which accounted for more than a fifth of China’s imports of iron ore in 2019.

But continuing fallout from the two recent major mining disasters in Brazil, coupled with logistical problems caused by its resolute failure to contain the pandemic, saw the county’s iron ore exports fall 5.5 per cent last year on top of a 19 per cent drop in 2019.

Consequently, says Geoff Raby, a former Australian ambassador to China and author of ‘China’s Grand Strategy and Australia’s Future in the New Global Order’, China is more dependent on Australian iron ore than ever before. “We are now supplying 70 to 80 per cent of China’s iron ore and underlying demand remains strong,” he says. “China’s economy is expected to grow 8 per cent this year and a lot of that growth will be in less-developed parts of China where steel use is more intensive.”

This spike in demand from China and corresponding fall in supply from Brazil saw iron ore’s global price leapfrog to $221 per tonne in January – nearly twice as much as it was trading for 12 months earlier. The record-busting price bolstered tax receipts in Australia by $6 billion by the end of last year. It also increased our trade surplus by 44 per cent and helped the country avoid the brunt of the COVID-19 recession. Consumer confidence is at a 10-year-high, the property market is surging while unemployment is trending down.

Westpac, which last year predicted GDP would increase by 2.8 per cent this year has now revised its outlook to 4 per cent as a result. “The confidence profile is quite different,” Bill Evans, Westpac’s chief economist, told the Australian Financial Review. “In the 1990s it took three years for confidence to recover, while after the global financial crisis (of 2008-2009) it took more than a year. This time we’ve seen it in less than eight months.”

“I wouldn’t say iron ore saved the economy,” Raby says. “Government stimulus plans are what probably did it. But iron ore royalties and taxes have made a big difference.”

Apart from the taxman, mining companies are obviously the biggest beneficiary of the iron ore boom.

Rio Tinto, Australia’s biggest producer of iron ore, has upped its output targets of the mineral to close to its 2015 peak. BHP, the number two producer, has reported its most productive six months since the company was founded in 1885. Meanwhile, Fortescue Metals, a pure-play iron ore miner in the number three position, says net profit was up 49 per cent last year.

Many job seekers are also set to cash in. Some 65,000 Australians already hold on-site mining jobs. A further 500 new positions are up for grabs at Fortescue Metals’ new Eliwana iron ore project in the Pilbara region of Western Australia, which commenced operations in December 2020. Two-thousand tradespeople were hired to build the mine, as well as a 143-kilometre railway linking it to the port facilities on the coast. Fortescue has already invested $1.83 billion in construction contracts to Australian businesses, including $150 million to businesses that are Aboriginal owned.

Neville Norman, an associate professor of economics at the University of Melbourne, says there will be more jobs to come as new infrastructure is constructed to support the boom.

“When the iron ore price jumped last year, they started using up the capacity left over from the last mining boom 15 years ago,” he says. “There will now be a need to rejuvenate that capacity, which means more jobs for people working in construction.

“But the job seekers who will benefit directly from the mines,” he says, “are young school leavers and university graduates who are geographically mobile. And while it will predominantly be a West Australian thing, the industry will offer a variety of knowledge-based jobs that will be available to any Australian with a computer and wi-fi connection.”

How long the boom will last remains unknown. When Brazil gets its act together, Chinese demand for Australian iron ore will inevitably return to pre-pandemic levels or lower. But for now, it’s a benediction, the very definition of a win-win scenario that can also help Australia make nice with Beijing again.

In addition to geological deposits, a large amount of iron ore was brought to Australia by meteorite fragments that entered the atmosphere and did not burn upon entry.