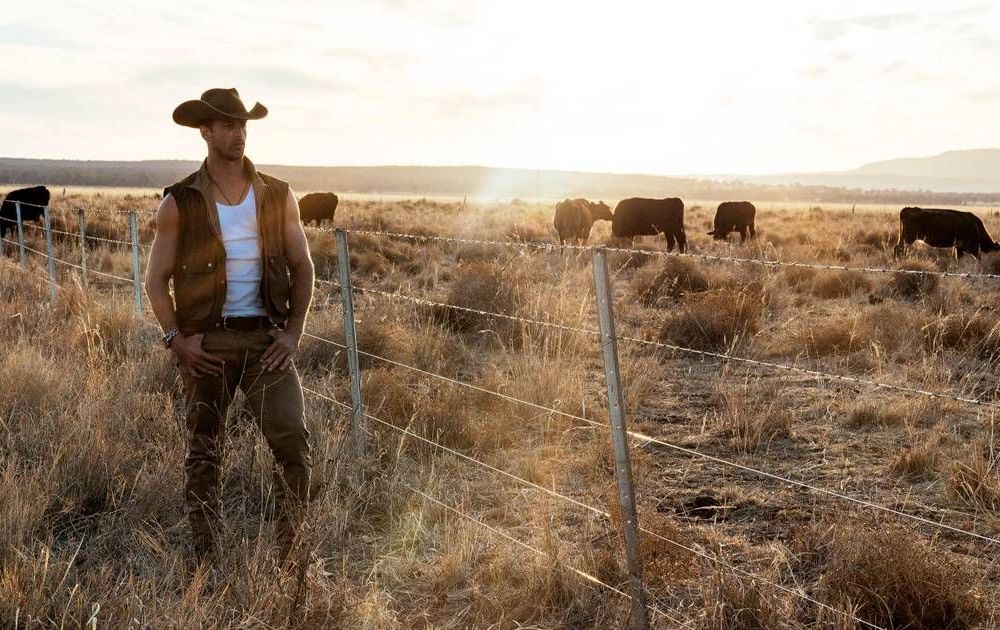 Khory Hancock, who grew up on a cattle farm in central Queensland, came up with the “Environmental Cowboy” nickname as a way to inject a bit of humour into a subject some people might find somewhat dry.

And so far it’s working; he’s a huge hit on social media which he uses, along with speaking engagements, to spread the word about current and future environmental challenges, as well as identifying solutions.

“The main aim of my online persona is to influence behavioural change and empower people to become better leaders for our future and make more responsible decisions around our environment. Every person has a part to play and this is the way I believe I can best contribute to the world and make a difference,” Khory says.

“I want to empower and enable business to integrate profitable carbon projects into their current practices.”

One of Khory’s passions is to spread the word about how it’s possible to “mine” carbon. According to Khory, this is how it works.

“We can drawdown the carbon dioxide out of the atmosphere through nature’s natural regeneration processes. There are different scientific methodologies that allow us to speed up that process. That is commonly referred to as carbon farming,” Khory says.

“The fastest way to do this for land is to reforest areas that have been degraded through cattle farming. For the ocean seaweed grows 30 to 60 times faster than any land-based plant, giving it significant carbon sequestration potential to not only halt climate change but reverse it.”

Khory wants businesses to know that the method of carbon mining not only reverses environmental damage at scale, but also at a profit.

“This growth of carbon in the scientific methodologies such as growing forests and seaweed can be calculated into carbon credits. These carbon credits have a financial value, and they can be traded on the market, not unlike a traditional share. This is basing an entire economy on the regeneration of nature not degeneration,” Khory says.

The Environmental Cowboy is also working on a project that explores how seaweed farming can help protect reefs and regenerate the ocean to reverse climate change. He insists this also improves profitability for agriculture.

Working with FutureFeed, a specialist organisation, Khory says incorporating seaweed into cattle feed can offer equivalent environmental impacts to taking millions of cars off the road, while delivering productivity benefits for farmers.

“There’s a concept being formulated and trialled called marine permaculture. This method of farming allows for natural upwelling of deep, nutrient rich, cool water to the surface of the ocean that acts as an organic irrigation system. This allows seaweed to be grown on the surface of the ocean anywhere in the world encouraging huge phyto-plankton blooms, habitat for marine life and reversing the main climate change impact in the ocean – ocean acidification and water temperature rise,” Khory explains.

“This will help protect reefs and regenerate the ocean. The marine permaculture seaweed model can be applied to the outer edges of the Great Barrier Reef, acting as a cool water buffer zone, to protect the coral from marine heatwaves causing the unprecedented mass bleaching event we are seeing.”

What needs to happen next, according to Khory, is for an international carbon credit trading scheme with a proper carbon pricing framework.

“This will be crucial to both the drawdown of carbon dioxide to reverse climate change, regeneration of nature as well as ensuring economic growth and job prosperity. This is one of my main missions – to educate the world that this is a plausible solution that is working and can be applicable around the world.”

At the heart of Khory’s mission is to flip the concept of climate change so that it is profitable for businesses. That way, businesses are more likely to embrace changes to help the environment

“I believe companies will embrace these carbon pricing concepts as the environmental challenges no longer cost business large amounts of money to solve. Regardless of international governmental action, industries are now taking climate action seriously and transitioning themselves to a more renewable and regenerative world.”

Find out more about the Environmental Cowboy here.

Check out these other Australian businesses who are champions of positive environmental change:

Hope for renewables in a post-fossil fuel Australia

Munch Cupboard – Protecting the planet starts in the pantry